The city of Phoenix, Arizona may bring to mind pictures of desert plains and nightlife, but for over 1.6 million people who live there1, it’s also a city that deals with drug crime and substance abuse.

Read on to learn more about:

Factors Influencing Drug Use in Phoenix 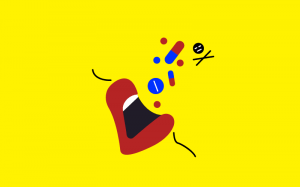 Several aspects influence substance use in Phoenix, including age and socioeconomic status.

Young people in particular, both in Arizona and nationwide, are more likely to succumb to peer pressure and try substances they otherwise wouldn’t try. In Phoenix specifically, access to drugs is more plentiful with the drug trade in full swing across the border state.

They are also one of the biggest consumers of prescription drugs, with over 5,700 young people in the U.S. using prescription pain relievers without a doctor’s guidance for the first time in 2014.2 Over 1,000 youths died from prescription drug overdoses in 2017 across the country.3

Of course, age isn’t the only factor that influences substance abuse.

Individuals who are struggling to get by in Phoenix’s recovering, but still tough economy may be more likely to engage in drug and alcohol abuse, too. As of October 2019, the unemployment rate in Phoenix was 4.1%, compared to the national rate of 3.6%.4

That number has dropped considerably from being just over 10% in 2010, but it’s still higher than the national average.4 As of 2103, 1 in 6 unemployed people engage in drug or alcohol abuse, hinting that higher unemployment rates often lead to increased substance abuse in an area.5

Drug overdoses—specifically opioid overdoses—kill 130 Americans every day.6 Opioid-involved deaths have become especially common, with the number totaling 928 in 2017, a 76% increase from 2013. There was also a major spike in the number of heroin-involved deaths during that five-year period, increasing from 101 to 334.7

Some of the robberies and home invasions that occur in Phoenix are linked to drug-related activities in the area. Drug crimes can often involve additional serious offenses including homicide, armed robbery, kidnapping and other violent crimes.

The strongest penalties apply to individuals caught trafficking drugs. Possession of less than 2 pounds of marijuana can still put individuals in jail for up for two years and impose a $150,000 fine. The prison sentence can be extended to as much as 12.5 years for individuals who traffic or sell pot in the state.8

Being convicted of possessing methamphetamine or equipment for manufacturing or transporting it comes with significantly bigger penalties, with a minimum of a 5-year prison sentence and a maximum sentence of 15 years, explains Phoenix-based attorney Suzuki Law Offices.10

If a person was previously convicted of a similar drug crime, the sentence could be up to 20 years. And the majority of individuals who are prosecuted by the Drug Enforcement Bureau end up serving time at just under 70%, says the Maricopa County Attorney’s Office.11 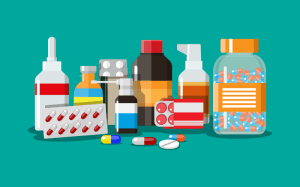 Alcohol consumption is high in Arizona, with over 50% of residents of the state drinking alcohol over a month’s time.12 Between 2010 and 2012, the state of Arizona had the 4th highest rate of death due to alcohol poisoning.13

The most recent driving under the influence (DUI) information comes from 2015, and shows that in Arizona:14

Consuming problematic levels of alcohol can also take a toll on several vital areas of the body, including the brain, by interfering with communication pathways; the heart by creating an irregular beat and high blood pressure; and the pancreas by producing toxic substances that can potentially lead to pancreatitis.15

In Phoenix, college students make up a significant portion of the population. Increased rates of substance abuse, college parties, and late-night club scenes set the stage for binge drinking on a regular basis among undergrads. In the 2017 National Survey on Drug Use and Health, 34.8% of full-time students admitted to binge drinking.16

One of the biggest risks that come with drinking heavily or binging on booze is death. In 2013, 36,427 people lost their lives to alcohol-related liver disease in America.

When It’s Not Just Substance Abuse

According to the Substance Abuse and Mental Health Services Administration, just over 40% of adults in Arizona with a mental health disorder receive treatment. This means that a majority of people in the state dealing with mental illness do not access or do not receive adequate help.18

Unfortunately, when left untreated, mental illness can turn dire. There were 19 deaths by suicide for every 100,000 residents of Arizona in 2019. This is higher than the national average of 14.5.19

There are more than 400 addiction treatment facilities in Arizona. Nearly 90 offer residential (live-in) treatment, while 340 offer outpatient services.21 If you’re a Phoenician struggling with substance abuse, you have many options in the state. 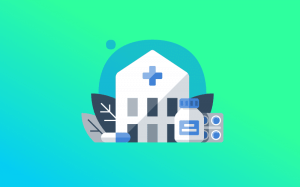 One of the first questions that comes to many individuals’ minds when considering treatment for a drug or alcohol abuse problem is how much it is going to cost and how they’ll pay for it. The good news is that many treatment facilities are exploring new payment options to help clients afford lifesaving care.

According to 2016 data, nearly 59% of U.S. treatment facilities offered sliding scales to make treatment more accessible.22 A sliding scale refers to an adjustment of cost based on financial need. This allowed for many people to be treated for their issues despite not having high income levels.

When you’re looking for treatment, don’t hesitate to ask about payment options upfront. Treatment may be more affordable than you think.

For those who have little to no income to report to participating facilities, Medicaid may be a plausible option. In 2016, an estimated 34% of U.S. treatment facilities accepted Medicare, while nearly 62% accepted Medicaid.22

Some facilities will even offer treatment at no cost for those who are unable to pay.22

Individuals interested in rehab in Arizona should carefully select their treatment facility and ensure all qualifying credentials are met. Reputable Phoenix drug rehabilitation centers will be accredited by The Joint Commission or the Commission on Accreditation of Rehabilitation Facilities.

Licenses for treatment centers can be verified with state agencies. Those who require tandem mental health services are encouraged to seek rehab institutions that have qualified medical practitioners and psychotherapists on staff to render such treatment.

When looking for a program, also take treatment stays into consideration. If you have a severe addiction, you may require a longer program (such as 90-plus days). Not all facilities offer stays that long, so this should be part of your search as you look for the right program for you.

There are plenty of free resources available to residents of Arizona who are seeking quality substance abuse and/or mental health care, such as: