The National Guards of the Army and Air Force usually train one weekend per month with one 2-week training period per year. However, they and other members of the Reserve Component may be called to duty at any time. These service members are impacted by the same issues as those in the active-duty military, such as substance abuse and mental illness. 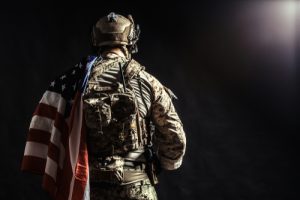 While some people may mistakenly believe that substance abuse and mental health issues are not a problem for the National Guard or the Reserves because they may not be deployed as often or as long as active-duty military, the truth is that guardsmen and reservists struggle with the same problems as other military personnel.1,2 In fact, not being deployed is associated with mental health problems among Army Reserve and National Guard soldiers. Non-deployment is also linked to negative emotions, which are associated with an increase in alcohol use.1

The likelihood of deployments among members of the Reserve Component has risen significantly since the start of the wars in Iraq and Afghanistan, and now multiple and longer (over 1 year) deployments are much more common.3

Among those who do get deployed, the risk of alcohol abuse may also increase. One study of Ohio Army National Guard (OARNG) soldiers found that close to 12% of those studied abused alcohol after a deployment. Of these, 34% reported being depressed during and/or after deployment, and nearly 33% screened positive for post-traumatic stress disorder (PTSD).4

For members of the Reserve Component, a low level of deployment preparedness and deploying without one’s normal unit can be harmful.2

Not being well-prepared for deployment is associated with higher rates of PTSD. Unfortunately, the Reserve Component tends to receive less training than the Active Component, and this puts them at risk of suffering mental health problems.2

Not being prepared for deployment includes issues such as:2

Those with lower deployment levels have a risk of PTSD up to 6 times higher than those with greater preparedness levels.2 PTSD in Veterans is commonly associated with other co-occurring mental health disorders including:3

Additionally, PTSD in Veterans is linked to unhealthy behaviors and general physical health problems. PTSD can also result in brain changes that impair memory and learning.3

Signs of PTSD include:5

Even those who had high levels of deployment preparedness had an elevated risk of mental health issues if they were deployed without their regular unit.2

Members of the Reserve Component have been found to have high rates of heavy drinking, binge drinking, and other alcohol-related problems.2

If you’re worried about the escalation of your alcohol use and think you might be an alcoholic, ask yourself the following:6

If you’re answering yes to any of these questions, your drinking may have gotten out of your control. The more questions you answer yes to, the more severe the problem may be.6

Unfortunately, most National Guard personnel receive treatment outside the VA, in settings where military challenges, such as combat PTSD, may not be as well understood. This means that their PTSD may be misdiagnosed or left untreated. In many cases, the treatment staff may only focus on other issues such as alcohol abuse or the psychological aftermath of an injury, instead of treating all the problems in an integrated manner.7

At Desert Hope, we specialize in treating co-occurring disorders, which is when addiction and another mental health disorder occur at the same time. We know simply treating one problem and ignoring another leaves you at risk. 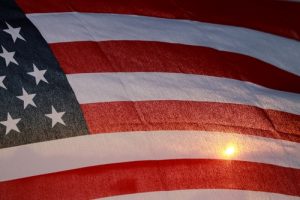 In our Salute to Recovery program, we work with military Veterans to help them overcome issues with substance abuse by treating not only the addiction but PTSD or other mental health issues common to Veterans.

Our program designed specifically for Veterans takes into account the issues that impact you. In the program, you will live with and go through treatment with other Veterans and first responders who know what you’ve been through. You won’t have to struggle to explain your background to those who just don’t get it. The people you spend time with in the program will be your “battalion”—a group you can connect with in and out of treatment.

Desert Hope is a VA-approved community care provider, which means that if you are eligible to receive community care with your VA benefits, you’ll pay the same rate you would through the VA. You will need to obtain VA approval prior to entering the program.

If you’re ready to get back on your feet today and learn more about our comprehensive alcohol addiction treatment program in Las Vegas at Desert Hope, give us a call at . We are ready to serve you.