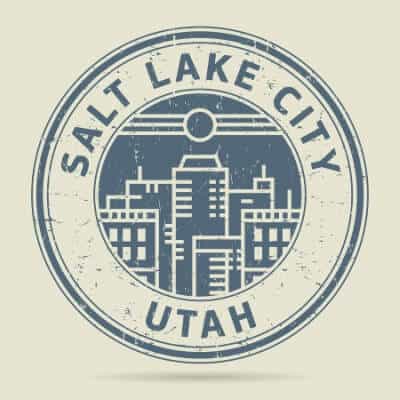 Salt Lake City, the capital of Utah, was founded in 1847 by a group of Mormon settlers, led by Brigham Young. Although the city now welcomes people of all religious backgrounds, the Church of Latter-Day Saints continues as the dominant faith in Salt Lake City, with about 65 percent of the population belonging to that church.

According to the Mormon Word of Wisdom, anyone who is a member of the religion must abstain from coffee, tea, whiskey, and tobacco. One might imagine that the majority of people in Salt Lake City abstain from intoxicating substances, but many people who live in the capital of Utah struggle with addiction to drugs or alcohol, especially to opioid drugs.

In the entire state of Utah, drug overdose is the leading cause of accidental death, overtaking other prominent fatality causes, including firearms and car accidents. On average, one person dies of an overdose every day in a state with a relatively small population; between 2005 and 2010, there were about 1.8 million adults in Utah while there were 223.8 million adults in the United States overall. Salt Lake City was the center of life for most of these adults, with 856,000 people ages 12 and older calling the capital home.

According to the National Survey on Drug Use and Health (NSDUH), during the five-year span between 2005 and 2010, an average of 130,000 people ages 12 and older used an illicit drug in some way in the metro area of Salt Lake City; this is over 15 percent of the city’s population, and it is the highest rate in Utah. However, during that same time, about 14 percent of people ages 12 and older across the United States used an illicit drug, so the numbers are comparable.

The 2014 Utah Commission on Criminal and Juvenile Justice (CCJJ) found that of 559 unique incidents involving entering a building with a warrant, 82.62 percent involved warrants issued for drugs. Comparatively, only 1.1 percent of warrants issued were for alcohol-related incidents.

The Salt Lake City Metropolitan Statistical Area (MSA) had about 76,000 people ages 12 and older who fell into the classification for having a substance use disorder; this represents about 8.8 percent of the population, which was higher than Utah’s overall average but comparable to the national average of about 9 percent. Percentages of abuse for drugs broke down into the following categories:

In Salt Lake City, about 62,000 adults – ages 18 and older – had major depressive disorder, which was about 8.2 percent of the population; this was higher than the national average of 6.6 percent. The city is likely to have a higher percentage of people who have co-occurring disorders.

The Utah Department of Public Safety released Highway Safety Notices for 2015 related to intoxication while driving. Drug-related car crashes increased 12 percent between 2014 and 2015, which largely reflects an ongoing problem with opioid drug abuse. Salt Lake County, which houses Salt Lake City and surrounding areas, had one of the highest rates of drug-related car accidents, which were primarily caused by people ages 20-34.

This epidemic reflects the larger national problem of prescription drug abuse, opioid addiction, and overdose deaths. According to the Centers for Disease Control and Prevention (CDC), a half-million people died from drug overdoses between 2000 and 2015, with opioids being the primary substance of abuse. The CDC added that, as of 2015, 91 people die from an opioid overdose every day in the United States.

Because of the serious increase in opioid addiction, overdoses, and related deaths across the state, Utah legislators have passed two bills, which have proven effective in other states. In 2014, House Bill 11 and House Bill 119 were passed as ways to reduce fatalities associated with overdose deaths from opioids. Bill 11 enables bystanders to report drug overdoses to emergency responders without fear of criminal prosecution for illegal possession of controlled or illicit substances. Bill 119 allows physicians to prescribe naloxone to caregivers or other third parties who may find a loved one overdosing on narcotics, whether prescription or illicit. Administering naloxone is not a substitute for emergency medical treatment during an overdose, but the drug does temporarily stop opioid overdoses long enough for the person to receive successful treatment.

The state of Utah has the highest rates for mental illness, whether is it serious or general, according to the Substance Abuse and Mental Health Services Administration (SAMHSA). Nationally, there are 42.5 million adults who reported experiencing any mental illness in the year between 2011 and 2012, which was about 18.2 percent of the adult population; Utah reported a rate of 22.3 percent.

Suicide rates are high in the state, especially with adolescents. In 2013, young people between the ages of 10 and 17 were the most likely to commit suicide, surpassing car accidents as the leading cause of death. Salt Lake County experiences between 20 percent and 50 percent over 10 years old.

Getting Treatment in Utah

Survey results for 2015 from the National Survey on Drug Use and Health, and the Student Health and Risk Prevention Survey, found the following results across Utah: There were 134,764 adults classified as needing treatment for drug or alcohol dependence and 11,804 adolescents between 6th and 12th grades who needed substance abuse treatment. The public system currently serves 10 percent of those in need, or 14,841 people. Most adolescents and adults in the state do not receive the treatment they need to overcome addiction. In Salt Lake County, there were 56,100 adults who needed substance abuse treatment but only 6,925 receiving treatment.

There are 363 drug treatment centers in Utah, with 98 located in Salt Lake City. These range from luxury private retreats for detox and rehabilitation to free or public programs to help with safe detox and support for ongoing recovery and sobriety. The Utah Department of Human Services must license any program that offers direct assistance in the form of detox, medication management, therapy, outpatient or inpatient services, support groups, and more.

There are many ways to find help in Salt Lake City, including online resources. Some of these include:

The Salt Lake City Housing Authority offers programs for youth and young adults specifically designed to prevent drug abuse and violence, along with other community benefits.

With so many people receiving treatment through the criminal justice system, the Salt Lake City Prosecutor’s Office has provided a list of treatment services offered for these individuals. Options include:

Because the opioid abuse epidemic is so extensive in Utah, the state has created the website Opidemic.org. The site is dedicated to listing resources to prevent, treat, and support those who struggle with opioid addiction and want to stop using. However, the website itself does not offer direct treatment.

Another nonprofit offering help is the Utah Support Advocates for Recovery Awareness (USARA). In addition to listing resources for people struggling with addiction and their families, USARA has opened a Recovery Community Center in Salt Lake County.

The University of Utah School of Medicine provides psychiatry and assessment referral services to help people find specific treatment for co-occurring disorders, mental health, or substance abuse that is accessible and suits their needs.

With the Church of Latter-Day Saints as the predominant spiritual focus of most Salt Lake City residents, the church has created an addiction recovery program to support members undergoing alcohol or drug addiction. It is based on the 12-Step Program and offers support for those struggling with substance abuse as well as their families.

Those who are not Mormon but want a spiritual component to their addiction recovery can find Alcoholics Anonymous and Narcotics Anonymous meetings in Salt Lake City. Additionally, Volunteers of America provides free substance abuse help, and services can be located by a zip code search.