Over the Counter Drug Abuse and Treatment

Over-the counter (OTC) drugs are often perceived as safer than street and prescription drugs. They can, however, have unpredictable and dangerous consequences when misused.

This page will go over commonly misused OTC drugs and their associated health risks, such as OTC overdose, misusing OTC drugs for withdrawal, ways to prevent OTC drug misuse, and how to treat OTC drug addiction.

How Common is Over-the-Counter Drug Misuse? 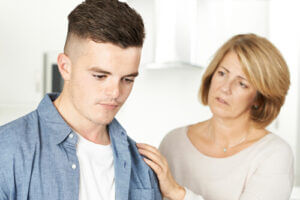 The National Institute of Drug Abuse says that only alcohol and marijuana are misused more in the United States than over-the-counter medications.

A study sponsored by Drugfree.org and the Metlife Foundation in 2011 found about one in three teens knew someone who misused cough medicine for recreational purposes. Cold and cough medicines are among the most commonly misused OTC products, including those containing dextromethorphan (DXM). One can obtain DXM in tablet, gel, or syrup form.

Pain relievers, cold medicines, tranquilizers, and depressants are among many drugs that can be purchased without a prescription. While it’s up to the U.S. Food and Drug Administration to decide if a particular medication is safe to sell in this way, many OTC medications can interact with other drugs, foods, and drinks, and lead to complications in people with certain health conditions. In addition, some substances people buy over the counter have addiction potential.

According to Foundation for a Drug-Free World, over 100 products sold in drug stores have DXM in them. These include popular cold and cough medicines, such as Robitussin and Nyquil.

Effects of misusing DXM include:

In powder form, the composition and dose are less certain, and the severe negative effects are more likely to occur at even higher doses. These effects range from:

Physical dependence is possible if one misuses the substance for long enough. When someone develops a physical dependence, they’ll likely suffer withdrawal symptoms, such as depression and difficulty thinking, when they try to quit using DXM.

Overdose on cold medicine is an emergency that requires immediate medical attention. Signs of a DXM overdose include:

If you witness a DXM overdose, call 9-1-1 immediately. At the hospital, the person experiencing the overdose will likely receive breathing support, fluids, activated charcoal, or laxatives to expel the poison.

Here are some other common over the counter drugs that may be misused and their side effects.

Information published by the Journal of the American Board of Family Medicine reveals OTC drugs, in addition to being easily purchased, may be used as substitutes for primary addictive drugs when a person no longer has access to those primary substances. Also, these medications are not easily found by routine drug tests.

The methods of treatments and medications used to treat addiction to over-the-counter drugs vary depending on the substance used by the individual. Identifying the signs of addiction sooner can possibly avoid some of the social, physical, and mental consequences of long-term use. The sooner one receives help, the sooner they can be on the road to recovery. Some of the warning signs of drug addiction may include:

Addiction treatment is an individualized process and everyone’s path to recovery is different. However, there are evidence-based practices that scientific research has identified that help people achieve and maintain sobriety.

Treatment often begins with medical detox, if the patient has developed physiological dependence on a substance or substances. After detox, most patients need continued treatment to confront many of the underlying issues that contribute to their addiction. This is often addressed through rehabilitation in an inpatient treatment center or outpatient rehab.

Behavioral therapy makes up the bulk of addiction treatment, as it is often necessary to change the thought and behavioral patterns that contribute to substance use. 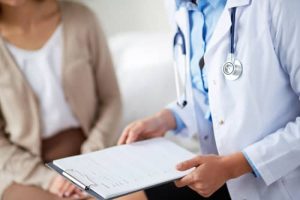 Over-the-counter drug misuse can be prevented by only using the medicine for the symptoms or conditions it is designed to treat, in the right doses. All OTC drugs should only be taken in the manner intended; those who crush, snort, or inject the drugs are misusing them. Also, most over-the-counter medications should not be taken with alcohol. Doing so can increase the risk of adverse effects.

Experts recommend that parents talk to their teenagers about the dangers of misusing OTC medications. They can track the websites teens frequent and look out for the warning signs, such as viewing sites on cough medicine for long periods of time. Parents can also set rules for not sharing medicines, monitor pill quantities and access in their home, and discard old or unused pills.

Misuse of over-the-counter drugs remains a major concern, but awareness seems to be getting out. The University of Michigan’s Monitoring the Future study found, from 2006 to 2014, misuse of cold and cough medicines by 8th, 10th, and 12th graders decreased from 4% to 3.2%. Even so, individuals of all ages need to be aware of the potential consequences of taking over-the-counter medications in ways they were not intended.

If you or a loved one suffers from addiction to over-the-counter medicine or other substances, please reach out to an admissions navigator at to learn about the different levels of care offered at Desert Hope Treatment Center in Las Vegas, Nevada. Upon rehab admission, each patient is evaluated by the staff to determine an ideal path to recovery.

You can also verify your insurance coverage for rehab at Desert Hope by completing the confidential . You can also explore different payment options, like financing through Desert Hope.

over the counter
Prefer getting help via text?
We're available 24/7 via text message. Signup below for access to our team when its convenient for you!
and many more...
Your Next StepsRecovery is possible. We're here to help with your addiction.