Ecstasy, Molly, and MDMA (3,4-methylenedioxy-methamphetamine) are name variations for a synthetic drug that the National Institute of Drug Abuse describes as a drug that has similarities to amphetamine and mescaline.

At first, the drug was very popular drug in nightclubs and was used primarily by young Caucasians. The drug now is used by a more varied group of individuals, but still is most popular with younger individuals.

Read on to learn more about ecstasy, including short- and long-term effects of ecstasy, whether ecstasy is addictive, and how to get treatment for ecstasy misuse.

Facts and Statistics About Ecstasy

Short-Term Effects of Ecstasy Use

A number of side effects have been reported following use of ecstasy. Because ecstasy has stimulant properties, and is often taken in crowded social settings such as dance clubs, a rare but potentially dangerous side effect that can potentially occur is hyperthermia, an increase in body temperature.

This rapid increase in body temperature can lead to a number of potential health concerns, such as overheating or dehydration. If it occurs, it should be treated immediately.

Other immediate side effects of ecstasy use may include:

Other unpleasant side effects occur following the use of ecstasy. These side effects can last relatively long after a person uses the drug, sometimes a week or even longer. They include:

The cognitive aftereffects of ecstasy use can lead to potentially harmful situations, such as a greater probability of having a car accident or some other mishap due to forgetfulness or problems with attention.

Long-Term Effects of Ecstasy Use

If you or someone you love is struggling with the devastating side effects of addiction and are unsure of where to turn, call us today at . Desert Hope, American Addiction Centers’ drug addiction treatment center in Las Vegas, is ready to help you get the treatment you need today.

According to the National Institute of Drug Abuse, some individuals develop physical dependence (tolerance and withdrawal) on MDMA, and animal models suggest that it is addictive. As mentioned above, the United States Drug Enforcement Agency classifies it with other drugs that have a high potential for addiction. However, many sources report that the addictive properties of ecstasy may be mostly psychological.

There are several important considerations regarding ecstasy addiction:

Symptoms of Ecstasy Use

People, especially younger people, who frequent clubs are at risk for taking designer drugs like ecstasy. High school students who use other drugs are also at high risk for using these drugs. Though people from various age groups use ecstasy, those between 16 and 24 years old are most likely to use the drug.

If a person is misusing ecstasy, the following signs might be apparent:

Getting Treatment for Ecstasy Addiction 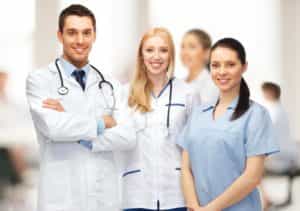 If the person has been misusing ecstasy regularly, treatment options will include therapy, perhaps combined with a prescription for medications to treat specific issues.

Medications such as antidepressants can help address the depression and sadness that individuals experience when they discontinue use of the drug. There are no drugs that are specifically designed to assist with recovery from ecstasy addiction.

Therapy most often consists of Cognitive Behavioral Therapy (CBT) or therapy that uses the principles of CBT. CBT or any therapy for recovery from ecstasy misuse can either be performed on an individual basis or in a group format, with other recovering individuals. CBT attempts to:

If you or your loved one needs help, we are available 24/7 to discuss options for addiction treatment and long-term recovery. Our compassionate clinical team at Desert Hope Treatment Center in Las Vegas delivers expert care. Give us a call at , or online.

Prefer getting help via text?
We're available 24/7 via text message. Signup below for access to our team when its convenient for you!
and many more...
Your Next StepsDon't gamble on your addiction.