What Happens When You Mix Cocaine with Heroin?

Cocaine and heroin are two of the most powerful and widely known illicit drugs around. These are often the drugs evoked during information or warning campaigns about illegal intoxicants due to the fact that they’re both very common, addictive, and destructive. Communities have been devastated by cocaine and heroin epidemics, especially in areas populated primarily by people living under the poverty line. 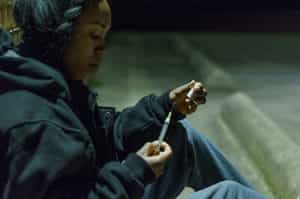 Most of the time, when people think about cocaine or heroin, they think about individuals who are addicted to one or the other, spending all of their time and money on obtaining the one drug of choice.

Studies and educational programs on these drugs also tend to focus on one or the other. However, the reality is that most people who abuse drugs engage in polydrug use – the practice of taking more than one intoxicant at a time.

Polydrug use is typically done either to enhance the effects of one or both substances or to mitigate the unpleasant symptoms associated with bingeing on one or the other. For example, heroin tends to make users very drowsy to the point that they may have difficulty staying awake during the high. Taking cocaine fixes this with a burst of energy. On the other hand, cocaine abuse can cause agitation and anxiety, and heroin can instantly calm someone down.

Mixing cocaine and heroin is common enough to have its own name on the streets: speed balling. This typically involves injecting or “shooting” both of these drugs at once. People do this in order to experience the intense rush of cocaine without the crash and to stay awake to enjoy the relaxing and pleasant heroin high.

As pleasant as speed balling may feel, it’s also incredibly dangerous. Another thing many people are not aware of is how often overdose cases involve more than one substance. According to a study done by the Centers for Disease Control and Prevention, the percentage of heroin-related deaths that involved more drugs than just heroin range from 36.9 percent to 98.9 percent, depending on the state examined. This is due to a number of factors, particularly the fact that stimulants hide the symptoms of a depressant overdose and vice versa.

Heroin is a powerful central nervous system depressant that slows essential body functions like the heartbeat and breathing rate. Overdose deaths from heroin happen because of severe respiratory depression, causing a person’s breathing to slow to the point that not enough oxygen can reach the brain. Cocaine, on the other hand, is a stimulant.
Not only does it alleviate side effects like drowsiness, it masks certain warning signs of impending heroin overdose, such as:

Cocaine also wears off faster than heroin, meaning that a person who took too much of the depressant might be kept breathing by the stimulant, making that individual think it’s safe to take more heroin. Once the cocaine leaves the system, the central nervous system can suddenly become dangerously depressed.
At the same time, cocaine overdose can result in a heart attack or stroke due to a severe increase in blood pressure. The warning signs for these conditions tend to involve pain, but heroin is a potent opiate, meaning it relieves and prevents pain. A loss of coordination or consciousness while speed balling may also be dismissed as an effect of the heroin when it’s really a result of a stroke.

There are also potential long-term health effects from speed balling as it’s generally very hard on the major organs, but it’s difficult to engage in mixing heroin and cocaine for long without overdosing. It’s best to avoid speed balling at all costs.

If you or someone you love is struggling with the devastating side effects of addiction and are unsure of where to turn, call us today at . Desert Hope, American Addiction Centers’ drug treatment center in Las Vegas, is ready to help you get the treatment you need today.

cocaineheroinmixingopiate
Prefer getting help via text?
We're available 24/7 via text message. Signup below for access to our team when its convenient for you!
and many more...
✕
Instantly Check Your Insurance Coverage
Your information is safe & secure
At Desert Hope, we accept most types of private (non-government) insurance and offer a variety of payment options.
You can quickly and privately check your insurance benefits to see if you're covered for addiction treatment services. We’ll be able to tell you if your provider is in network with Desert Hope Treatment Center and all American Addiction Centers locations.
This means your treatment may be FREE1 depending on your policy, copay, and deductible.