In 2021, an estimated 107,622 Americans died of a drug overdose, making it the worst year for drug-related deaths in U.S. history.1 An overdose occurs when someone—either intentionally or unintentionally—takes too much of a substance. This can be fatal or nonfatal.2,3

Read on to learn how to recognize the signs of an overdose, what to do if someone overdoses, and where to get help if you or a loved one has lost control of their drug or alcohol use.

What to Do During a Drug Overdose

If you think someone is overdosing, call 911 immediately. An overdose is a life-threatening emergency, and it’s critical to get medical assistance as quickly as possible.

If the person is conscious, do your best to keep the person awake and breathing. If possible, help the person lay on their side to prevent possible choking. Do not leave the person alone and stay with them until emergency help arrives.

For suspected opioid overdoses, administer naloxone if available. Naloxone is a medication that rapidly reverses the effects of opioids.4

If the person is unresponsive and you know CPR, check to be sure that nothing is blocking their airway. Then begin the steps of CPR, which include tilting the person’s head back, pinching their nostrils closed, and breathing slowly into the person’s mouth, followed by chest compressions.5

How Can I Prevent a Drug Overdose?

Actions you can take that may help reduce the risk of an overdose include:7

Identifying the Signs of an Overdose

Knowing the signs of an overdose is an important first step in being able to respond. Symptoms will vary depending on the specific substance. Some drugs cause more overdoses than others.

Because of this, even a small dose of fentanyl can be lethal. People often ingest fentanyl unknowingly due to its increased presence in other illicit drugs, and fentanyl may be a contributing factor in the different types of drug overdoses listed below.8,10

Signs of an Opioid Overdose

The three telltale signs of a heroin and other opioid overdose include:12

A person experiencing an opioid overdose could die due to slowed or stopped breathing that results in a lack of oxygen to the brain (a condition known as hypoxia). It can also result in coma or permanent brain damage.13

Factors that may increase the risk of a heroin or opioid overdose include:7

Effects of an Alcohol Overdose

Alcohol poisoning, or alcohol overdose, occurs when the rate of alcohol consumption outpaces the body’s ability to process and clear alcohol.15

Signs of alcohol toxicity include:15

Factors that can increase the risk of alcohol poisoning include:15

Signs of a Stimulant Overdose

Signs and symptoms of a stimulant overdose may include:18

An overdose on stimulants, such as methamphetamine, cocaine, or prescription medicines like Adderall and Ritalin, is dangerous because it can involve a loss of blood flow to the brain and heart, often leading to serious medical complications like stroke, heart attack, and organ problems.19,20 Stimulant overdose may also result in tremors, seizures, difficulty breathing, and irregular heart rhythm.21,22

Effects of a Polysubstance Overdose

Polysubstance use is when two or more substances are consumed either at the same time or within a short period of time. Polysubstance use can be intentional or unintentional, such as using cocaine that is adulterated with fentanyl. Taking multiple drugs together can be deadly.23

In 2019, nearly half of fatal drug overdoses in the U.S. involved more than one substance.23

Taking two or more depressants (e.g., alcohol or benzodiazepines) or combining depressants with opioids can induce significant respiratory depression, which can result in brain and organ damage, coma, or death. Mixing stimulants, such as cocaine and methamphetamine, can lead to increased heart rate and elevated blood pressure, and may increase the risk of brain injury, liver damage, heart attack, and stroke.23

Some people think that mixing stimulants and depressants together leads to one drug canceling the effects of the other, but that is not the case. Combining drugs from different classes can make a person think they are less impaired than they are, increasing the risk of overdose.23

Additionally, consuming alcohol while taking other substances can be dangerous, increasing the risk of overdose and damage to the brain, heart, and other organs.

Get Professional Treatment at Desert Hope

If you think you or a loved one is at risk of an overdose or may have a substance use disorder, addiction treatment can help you begin the journey to recovery.

At our inpatient treatment facility in Las Vegas, Nevada, we offer multiple types of drug and alcohol rehab and customize treatment plans to meet the individual needs of each patient. We also provide specialized rehab programs for Veterans and first responders, who may be suffering from co-occurring mental health disorders.

To learn more about our high-quality programs, what to expect in inpatient rehab, how to pay for rehab, using health insurance to pay for addiction rehab, or how to help a loved one with addiction, contact us at . Our admissions navigators are available around the clock to answer any questions and start the rehab admissions process.

Or you can find out whether we accept your insurance and confirm your coverage by filling out this simple and secure .

Don’t wait until a life-threatening emergency, like an overdose, occurs. Call us at today. 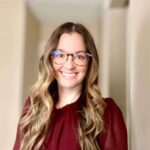 overdose
Prefer getting help via text?
We're available 24/7 via text message. Signup below for access to our team when its convenient for you!
and many more...