How Much Cocaine Would Result in an Overdose? 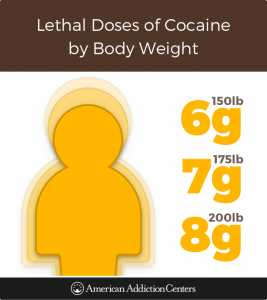 Cocaine is an illegal stimulant drug that can be highly addictive. People who have taken cocaine often suffer intense side effects, both short- and long-term.

Studies have estimated the dose at which cocaine becomes toxic and could lead to an overdose or death (96mg/kg). But the exact dose for each person will vary based on their tolerance to the drug, the drug’s purity, the person’s age, and their health. An overdose can be fatal and requires immediate medical attention.

According to the Substance Abuse and Mental Health Services Administration’s 2017 National Survey on Drug Use and Health, about 2.2 million people, or 0.8% of the population age 12 and older, had used cocaine in the past month. That number included 473,000 people who used crack in the past month.1 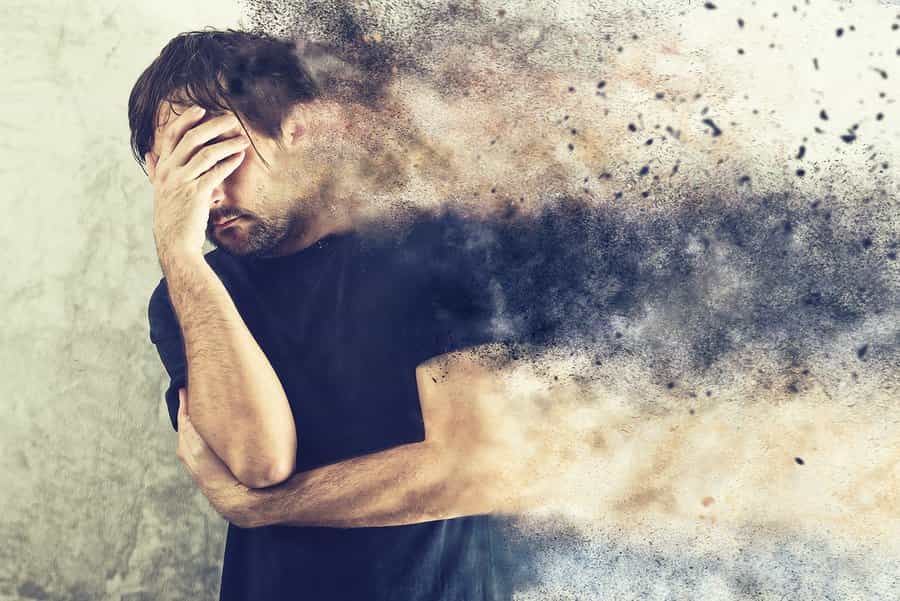 A cocaine overdose occurs when a person takes a large amount of cocaine or a concentrated dose, uses during hot weather (which can lead to more harmful effects because of dehydration), or uses cocaine with other drugs.7

Symptoms of a cocaine overdose include:5

If you’re worried about yourself or someone close to you, we can help. Getting into treatment now can prevent a deadly overdose in the future. We can discuss your options with you when you call us at . Call us today to learn about our comprehensive drug rehab program in Las Vegas at Desert Hope.

When a person ingests too much cocaine, seizures or convulsions may begin within 2-3 minutes, and the person can die within half an hour.8

Besides death, a cocaine overdose can lead to:7

If you or someone you know has these symptoms after using cocaine, call emergency services immediately.

How Much Cocaine Causes an Overdose?

The exact amount that someone will overdose on is hard to predict. Chronic users build a tolerance to the drug,6 so they may be fine with a dose that would be too much for a novice user.

Studies have found that the LD50 for cocaine in mice is 96mg/kg. This means that the dose at which about half of the research animals the dose is tested on die is 96 milligrams per kilogram of weight of the person who takes cocaine.9

Other studies have shown that cocaine has a lethal dose that is 15 times its effective dose, which means that it does not take much more than the regular dose to cause toxicity.10

In 74% of cocaine-related fatalities, another drug is usually co-ingested (often alcohol). The addition of alcohol to cocaine increases the risk of sudden death 25-fold.8

If a person has recently taken cocaine, they may exhibit behaviors and symptoms such as:4

If you or a loved one are experiencing any of these symptoms, please reach out to Desert Hope Treatment Center for support. We offer a wide range of addiction rehabilitation services that are focused on an individuals long-lasting sobriety. Our care team is available to pick up your call 24/7 or read more about our services by visiting our Levels of Care page.

Long-term effects of cocaine abuse include:5,6

Regular cocaine users take the drug in binges. They will use the drug repeatedly and in higher and higher doses. This practice can lead to overdose or serious psychological or physical side effects.6 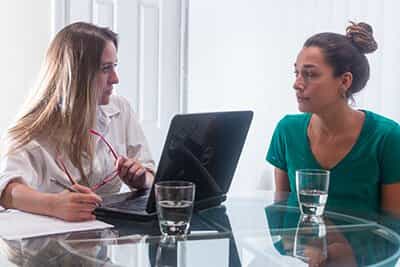 When an individual receives emergency medical treatment at a hospital due to cocaine overdose, symptoms are treated as they appear, and treatment is based on the severity of the symptoms.

Typical hospital treatments for a cocaine overdose include:7,8

At this time, there are no FDA-approved medical treatments for cocaine addiction.11 Although several medications are being examined as possible treatments, none are currently recommended.

If a person has suffered a cocaine overdose, emergency medical care is needed to stabilize the individual. Once the person is stable,comprehensive substance abuse treatment is needed. This will address the issues that led to cocaine abuse, ensuring overdose doesn’t occur again. Treatment consists of behavioral therapies such as contingency management, cognitive behavioral therapy, and 12-step programs. These treatments help change the person’s thoughts and behaviors related to drug use and allow them to receive support from peers.11

Hear from an American Addiction Centers alumnus on how treatment gave her a second chance at life.

Dan Wagener, M.A., is a Senior Web Content Editor at American Addiction Centers (AAC). Before AAC, he worked for a government contractor in the Washington, D.C. area, where he edited websites for the Substance Abuse and Mental Health Services...Read More

cocaineoverdose
Prefer getting help via text?
We're available 24/7 via text message. Signup below for access to our team when its convenient for you!
and many more...
✕
Instantly Check Your Insurance Coverage
Your information is safe & secure
At Desert Hope, we accept most types of private (non-government) insurance and offer a variety of payment options.
You can quickly and privately check your insurance benefits to see if you're covered for addiction treatment services. We’ll be able to tell you if your provider is in network with Desert Hope Treatment Center and all American Addiction Centers locations.
This means your treatment may be FREE1 depending on your policy, copay, and deductible.
Your Next StepsDon't gamble on your addiction.