What Issues Are There from Combining Cough Medicine & Antihistamines?

Common over-the-counter medications like cough suppressants and antihistamines are generally though to be perfectly safe – and if taken as directed, they usually are.

However, even common, seemingly simple drugs like these can have a long list of potentially dangerous interactions with other substances, from herbal supplements to strong prescription opiates. It’s always important to read warning labels and/or speak with a pharmacist or other medical professional before taking two or more medications at a time.

Cough medicine and antihistamines are two of the most commonly purchased over-the-counter medications available. Illnesses that cause coughing like colds and the flu are passed around constantly among the public, and allergies to airborne substances like pet dander and plant pollen are very common afflictions. According to the Asthma and Allergy Foundation of America, around 30 percent of adults and 40 percent of children in the US have an allergy to at least one thing. These individuals may need antihistamines to make it through the day, especially during peak allergy seasons. 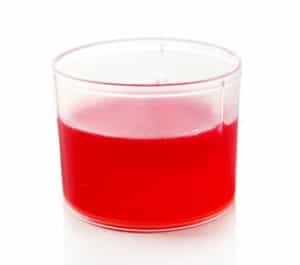 One problem with over-the-counter medications is that one bottle can contain multiple different substances, some of which can be easily overlooked. If people don’t take the time to look through the warnings every time they purchase one of these medications, they can end up putting themselves at risk.

Some antihistamines come with painkiller or decongestant ingredients to combat multiple allergy symptoms. If a person who purchases this kind of medication doesn’t pay attention and takes additional painkillers or decongestants on top of it, this can cause a dangerous situation. If both of the painkillers are of the acetaminophen variety, an individual could overdose and end up causing damage to the liver. Ibuprofen overdoses can cause stomach bleeding and intestinal damage.

Many cough medicines also contain painkillers and decongestants. It’s very important to read the bottle before taking an over-the-counter medication, even if you think you’ve taken it before. Companies often release new varieties of their medicines that contain new elements to be more effective, and these added ingredients could interact with your other medications. It’s easy to grab a similar looking bottle that actually contains different ingredient than you’re used to without noticing.

When it comes to cough medicines, there are special risks to consider if the drug contains codeine. Codeine is an opiate used to treat pain, diarrhea, and coughing, and it is therefore a popular ingredient in cough medicine. Because opiate abuse can cause a pleasant high, cough syrup containing codeine became very popular for abuse until the government began to regulate it more strictly, requiring it to be kept behind the pharmacy counter and tracking how much each individual shopper purchases.

Side effects of codeine include:

Many of these side effects can interfere with people’s ability to operate heavy machinery such as vehicles.

Combined with the notorious tendency of antihistamines to cause drowsiness, anyone who combines cough medicine and allergy medication, even if they are otherwise safe, should avoid driving.

Due to the number of different over-the-counter medications currently on the market today, it can be very difficult to keep track of what interacts with what. Your best bet is to speak to a doctor or pharmacist any time you need to take two or more medications at once, no matter how safe they may seem.

mixing
Prefer getting help via text?
We're available 24/7 via text message. Signup below for access to our team when its convenient for you!
and many more...
Your Next StepsRecovery is possible. We're here to help with your addiction.