Over the past 20 years, a disturbing trend has grown involving people consuming drinks that have been unknowingly spiked with drugs or alcohol. While some may see this as a childish prank that is otherwise innocuous, sometimes there is much more sinister intent behind the phenomenon.

According to one study from the journal CMAJ, nearly 21 percent of sexual assaults meet criteria indicating that some type of drug facilitated the assault – a phenomenon referred to as drug-facilitated sexual assault, or as involving “date rape drugs.” Keeping this factor in mind, the idea of someone spiking another person’s drink becomes more ominous, in some cases even implying premeditated intent to assault the affected person.

Understanding the risks of spiked drinks and drug-facilitated sexual assault is important in order to be able to prevent such events from occurring.

News reports about sexual assault often include information as to whether or not the individual who was assaulted was under the influence of drugs or alcohol. In many cases, this is used as a means to dismiss the assault, saying that the person must have assented to the event by using the substance. In other cases, intoxication may cause the person to completely forget the event, making it difficult to prove the crime.

It is important to remember that, regardless of the condition of the person who has been assaulted, sexual assault is a crime. Whether or not the person voluntarily consumed the substance or received it through malicious intent, if the person did not knowingly consent to sexual activity, it is considered assault.

When it comes to proactive assault, spiked drinks are a common way to slip people drugs or alcohol without their knowledge. The offender’s intent in spiking a drink is to get someone intoxicated or otherwise incapacitated by a substance to make it harder for the victim to resist the assault.

Spiked drinks are not a new phenomenon. Offenders putting alcohol in nonalcoholic drinks or providing easily dissolved illicit or dangerous substances through a beverage has occurred throughout history. Recently, however, new drugs have been used with the specific intent of facilitating assault or rape. According to an article from the National Institute of Justice Journal, the 1990s saw a rise in the use of spiked drinks for date rape.

This trend has continued to receive media attention up to the present day, with reports from around the world of nightclubs and bars where drinks – particularly those of women – have been spiked. While there is some question about how many of these reports are true or exaggerated, or how common the practice really is, the fact remains that drug-facilitated sexual assault through spiked drinks is happening.

A variety of substances can be used to spike drinks or otherwise facilitate sexual assault. In fact, one study from the Southern Medical Journal showed that, out of 1,179 victims of sexual assault:

Up to 20 different substances have been used as date rape drugs.

These substances tend to be chosen because they either cause the victim to be unable to resist assault or, in some cases, render the victim unconscious or otherwise fully incapacitated. 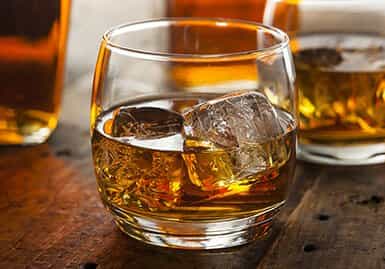 A study from the Journal of Clinical Forensic Medicine shows that alcohol consumption was reported in 77 percent of the cases of assault observed in the study. This means that, whether or not alcohol was covertly offered to the individuals, it may have been a factor in an opportunistic assault. In some cases, it is possible that proactive assault might have employed alcohol.

This can be accomplished by the perpetrator making drinks stronger than requested, spiking sweet drinks with alcohol so it is less likely to be detected, or through similar means. This can result in the victim getting more intoxicated than expected, leading to memory loss, blacking out, and passing out.

Benzodiazepines are anti-anxiety drugs that can cause sedation. This class of drugs includes one of the most notorious date rape drugs, Rohypnol (flunitrazepam), which is often referred to as “roofies.” According to the National Drug Intelligence Center, Rohypnol is up to 10 times stronger than Valium, and it is a controlled substance. Nevertheless, it is possible to get it through prescription or online.

Other benzos can also be used to facilitate sexual assault. These drugs are nervous system depressants that slow breathing and heart rate, and dull mental reactions. In large amounts, they can cause memory loss and unconsciousness. Benzos can be doubly dangerous because combining them with alcohol can be life-threatening.

According to the U.S. Office on Women’s Health, GHB is a dissociative drug that is extremely potent. Just a small amount can result in:

Another issue with GHB is that it is a street drug; therefore, it is difficult to know what process was used to make it. This means there can be toxins in it. When dissolved in liquid, GHB is odorless and tasteless.

Per various reports, a variety of other drugs have been used to spike drinks as date rape drugs. These include:

In all cases, the substances cause euphoria or other behaviors that make it harder to resist an assault, or that render the victim unconscious.

In the case of opportunistic assault, people can help to prevent assault by drinking moderately and not to the point of incapacity. Another way to prevent this type of assault is to make sure to have trusted friends around. However, some types of sexual assault are perpetrated by someone the person knows well, so safe drinking practices should also be implemented to prevent becoming overly intoxicated or susceptible to assault.

To prevent proactive assault, the best course of action is to always be aware of what is put in a drink and make sure nothing else can be added without the drinker’s knowledge.

This can be as simple as watching the bartender, never leaving a drink unattended (or leaving it unfinished if it has been unattended for any period of time), and holding a hand over the top of the glass when not drinking or looking away.

How to Tell if a Drink Has Been Spiked

If it is suspected that a spiked drink has been consumed, there are some symptoms to watch out for, according to the Rape, Abuse & Incest National Network, including:

If any of these symptoms is experienced, an authority or trusted person should be contacted immediately. Many of these drugs can pass through the system in as little as 12 hours, so it can be helpful to preserve any evidence as soon as possible after the assault is suspected. Seek medical attention promptly to ensure no health complications result from the spiked drink.