What to Do During a Heroin Overdose

A heroin overdose is a medical emergency and one that can be fatal within minutes.1,2 With the introduction of the extremely potent synthetic opioid fentanyl to the heroin market all across the United States, overdose deaths have risen significantly in recent years.3,4 Now more than ever, it’s important to know the signs of an overdose and act quickly.

It’s also imperative that if you use heroin or other opioids, or know someone who does, to have Narcan, the opioid overdose reversal drug, on hand. Many states have enacted legislation that widens access to naloxone to friends, family, or anyone witness to a potential overdose situation.5 Using this medication immediately can save the life of an overdosing person.5

How to Help if Someone is Experiencing a Heroin Overdose 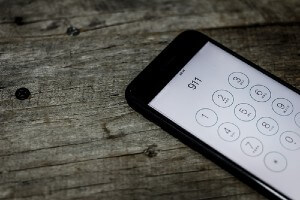 The first thing to do if you notice someone exhibiting the signs of a heroin overdose is call 911. Even if you use Narcan, you must call 911 for emergency medical assistance. Narcan will eventually wear off, and the person will need medical care, or they could re-experience the symptoms of overdose.6

Per NV law, as long as you act “in good faith and with reasonable care,” you cannot be arrested for possessing controlled substances or drug paraphernalia or for being intoxicated by alcohol if you are underage.6

Legal protections don’t apply for charges related to intent to sell/distribute or for child neglect or endangerment. You are also not legally protected if you have an active warrant for your arrest.7

Signs of a Heroin Overdose

Common signs of a heroin overdose include:8

While anyone who uses heroin is at risk for overdose at any time, certain situations may make overdose more likely. Risk factors for heroin overdose include:9

Opioid Overdose Deaths in the U.S.

The United States has been battling an opioid overdose epidemic for many years, especially with the increasing presence of fentanyl and fentanyl analogues in heroin and other illicit drugs.4

heroinopiateoverdose
Prefer getting help via text?
We're available 24/7 via text message. Signup below for access to our team when its convenient for you!
and many more...
✕
Instantly Check Your Insurance Coverage
Your information is safe & secure
At Desert Hope, we accept most types of private (non-government) insurance and offer a variety of payment options.
You can quickly and privately check your insurance benefits to see if you're covered for addiction treatment services. We’ll be able to tell you if your provider is in network with Desert Hope Treatment Center and all American Addiction Centers locations.
This means your treatment may be FREE1 depending on your policy, copay, and deductible.
Your Next StepsDon't gamble on your addiction.