What Happens if You Use Drugs or Alcohol while Using Nicotine Patches?

According to the National Institute on Drug Abuse, use of tobacco is the number one cause of preventable diseases, disabilities, and death in the US. The good news is that there are treatments that can help a person to stop using tobacco and tobacco products. Nicotine is a main active ingredient in tobacco products. The transdermal nicotine patch is considered to be an effective way to help people to stop smoking. In fact, a person must stop smoking in order to use a nicotine patch.

The following is a list of some of the drugs of abuse that appear on the list of prescription and over-the-counter drugs that can have an interaction with nicotine (minor versus moderate is indicated):

According to Everyday Health, individuals are especially advised to tell their doctor if they are using a nicotine patch if they take any of the following prescription medications:

What Are the Side Effects of the Nicotine Patch?

Although they infrequently occur, the following are some of the known serious side effects associated with using a transdermal nicotine patch:

Drinking while Using a Nicotine Patch 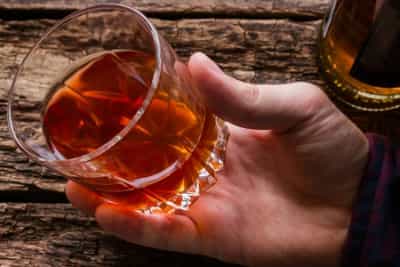 Nicotine patches are sold under different brand names, including NicoDerm CQ. According to one drug information site, the interaction between alcohol and NicoDerm CQ is considered to be minor. Further, a 2007 research study noted that nicotine replacement treatments, which are assumed to include the patch, are “commonly used” to help heavy drinkers who are also smokers.

But there is a potential drawback of drinking after nicotine patch therapy has begun. A person may make a strong connection between alcohol and using tobacco products. This mental connection can, therefore, serve as a relapse trigger. In this way, alcohol use can have a potentially negative effect on a person who is actively trying to stop using tobacco products, such as cigarettes.

Nicotine replacement therapy can have a lasting positive outcome on a person’s health. For some, stopping nicotine use may be part of an overall effort to optimize one’s wellness. In this instance, discussions about the use of alcohol or illegal street drugs may be of little to no significance. For individuals who have are actively taking a prescription medication, as noted, the best practice is to speak with the prescribing doctor about any known possible interactions.

Regarding individuals who are actively using alcohol or street drugs, it appears that a main concern is resuming smoking or using tobacco products again. Stopping nicotine use can have a healthy ripple effect across one’s life, stimulating better health choices overall. To get the most out of nicotine replacement therapy and its potential additional benefits, the best practice is to avoid all nonessential drugs, including alcohol. For individuals who would like group support from similarly situated individuals, attending a Nicotine Anonymous meeting is one potential option.