Cross dependence involves physical dependence, and often addiction, to multiple drugs. Side effects and symptoms from one substance may be alleviated from another. Addiction is sometimes transferred to a new drug, such as when people struggling with heroin addiction move to methadone but become addicted to that opioid substance.

This condition can develop among drugs that act similarly on the brain, like heroin and prescription opioid painkillers, or between drugs that induce different effects, like cocaine and benzodiazepines. 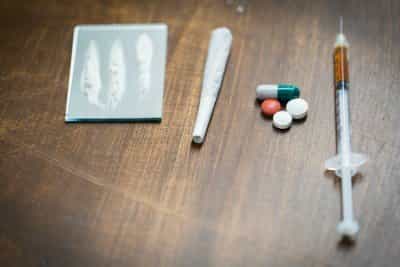 Sometimes, cross dependence is referred to as cross addiction. While it is possible to replace one dependence with another without the chronic disease of addiction being involved, people who struggle with addiction are more prone to developing cross dependencies.

Some cross addictions do not involve other drugs; rather, they involve addictive behaviors like gambling, sex, or binge eating. The person recovering from substance abuse wants to feel better, and these behaviors, much like addictive substances, change brain chemistry and stimulate the reward center of the brain.

Drugs that are often involved in cross dependency include:

These drugs can suppress or manage withdrawal symptoms of the other drug, which leads to cross dependence.

For example, a person entering a rehabilitation program for alcohol use disorder will need to detox from alcohol. Cross dependence can be used beneficially with the application of benzodiazepines, which help suppress dangerous or uncomfortable withdrawal symptoms from alcohol withdrawal. A doctor or therapist will oversee the tapering of benzodiazepines, as the alcohol withdrawal symptoms go away. This helps to reduce the potential for the person overcoming alcoholism to develop an addiction to benzodiazepines too.

A potentially detrimental cross dependence often seen during alcohol detox is smoking. Many people struggle with addiction to both alcohol and nicotine, and people who both smoke and drink typically have a harder time overcoming alcohol use disorder while they continue to smoke. In some cases, a person may quit smoking, but they pick the addiction up again when they begin rehabilitation for alcohol use disorder. Nicotine suppresses some of the withdrawal symptoms and cravings for alcohol, but because it is an addictive and harmful substance on its own, it is important to also end nicotine addiction.

Another instance is cross dependence between heroin and methadone. People who have struggled with heroin addiction for a long time may begin methadone treatment. Methadone is designed to bind to opioid receptors and has a very long half-life, so cravings for narcotics should be suppressed for hours, or even days, between doses. Over a period of months or sometimes years, methadone doses are reduced to end physical dependence on opioid drugs. However, methadone has also become a substance of abuse, and people who struggle with heroin or prescription opioid addiction may use these intoxicating drugs while also taking methadone.

The Importance of Cross Dependence in Recovery

Depending on the substance of abuse, a physician can use cross dependence during treatment to help ease withdrawal symptoms. Drugs that act similarly – alcohol and benzodiazepines or different types of opioids, for example – will work in similar areas of the brain, thus suppressing some of the withdrawal symptoms. However, it is extremely important for medical professionals to monitor cross dependence during detox and rehabilitation because people who struggle with addiction to one substance may develop an addiction to a second, similar substance that suppresses withdrawal symptoms. Using social support and therapy, the person recovering from addiction can be encouraged to maintain their drug tapering regime if they are using medication management to end physical dependence. Or, if it is more appropriate, the person may not be prescribed cross-dependent medications at all; instead, they will receive less intoxicating over-the-counter, herbal, or holistic therapies to ease withdrawal symptoms.

The need for cross-dependent substances during withdrawal varies from person to person, but their use should not be applied if it is not necessary. Developing sober habits and learning to maintain abstinence are deeply important parts of rehabilitation. However, many people do need medication management, so these should be prescribed when necessary with appropriate medical supervision.

researchstatistics
Ready to get started?
We're available 24/7 to answer questions and help you make decisions about starting recovery from drug use.
Your Next StepsDon't gamble on your addiction.