Understand the Methods of Drug Administration

How Are Drugs Consumed?

There are many ways for people who become addicted to drugs to get these substances into their bloodstreams.

Although all addictive substances pose dangers, both short- and long-term to the individual, some methods offer a faster “high” than others. Individuals who become addicted to drugs can sometimes progress to different ingestion methods as a way to get high faster, although the ability to consume a drug in different ways depends on the drug itself.

Drugs That Are Taken Orally 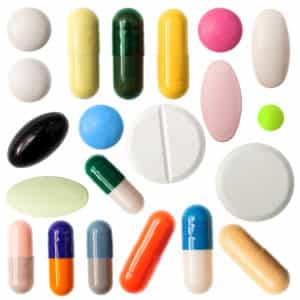 When a person takes a drug orally, whether it is alcohol or a pill, the drug is absorbed through the lining of the stomach and intestines, and then into the bloodstream.

Often, the liver becomes involved in metabolizing the drug as well during this process. This is one of the oldest methods of ingesting addictive substances, and although it is the only option for some substances, it is also the slowest method.

Alcohol is one of the most famous addictive substances that requires ingestion. Although one can inhale alcohol and feel “buzzed,” most people struggling with alcoholism drink this substance. In the long-term, problem or binge drinking leads to stomach, intestinal, and liver damage. People who suffer from alcohol addiction can develop liver and stomach cancer, ulcers, chronic acid reflux, and cirrhosis. Short-term, binge drinking can cause overdose and death, because the digestive system takes time to process alcohol to get it into the bloodstream, which means there is a time delay between beginning to drink and feeling drunk. For people who abuse or become addicted to alcohol, this means that they can ingest several alcohol beverages in a short period of time without feeling drunk for the first 1-2 hours. However, once alcohol is processed through digestion, the excess alcohol can cause organ damage, and begin to shut down organ systems – this is alcohol poisoning.

Many people consume marijuana in various food items, known as edibles. Cannabis or marijuana oils are put into foods in order to maintain a consistent high through the digestive system’s release. Prescription medications, particularly long-acting opioid medications like OxyContin, use the same system to time the release of the drug into the body.

Other drugs that are ingested through the stomach include “club drugs” like ecstasy and MDMA, and hallucinogens like DMT and mushrooms. Because of the slow release, it is easy for people to take too much of a drug because they initially don’t feel the effects of the drug, and this can lead to overdose. In the case of some prescription medications, like opioid painkillers, it is easy to accidentally overdose if the medication does not affect the individual immediately, and the person takes another dose.

Drugs That Are Smoked

Tobacco and marijuana are two drugs that many individuals smoke, which are both addictive. However, other drugs that can be smoked include:

Smoking anything can damage the lungs on both a short-term and long-term basis. Existing breathing problems, like asthma or allergies, can be exacerbated, and the individual can develop a chronic cough or congestion. Foreign particles in the lungs increase the risk of pneumonia, and can lead to lung cancer or emphysema.

Less oxygen gets absorbed into the blood because addictive substances are also being absorbed, and this lack of oxygen can damage all organ systems, including the brain.

Drugs That Are Snorted

Snorting substances is one of the faster methods for getting high. The thin nasal lining allows tiny blood vessels to absorb the drug, releasing the substance almost directly into the bloodstream.

The most famous snorted drug is probably cocaine, which is a highly addictive stimulant that typically comes in the form of white powder. However, nearly anything can be crushed and snorted. In fact, the idea of snorting a drug came to the Western world in the form of snuff, or snorted tobacco.

As more people become addicted to prescription painkillers like oxycodone, hydrocodone, and their variants, some people choose to bypass the prescription drug “fillers,” which time the release of these medications into the bloodstream through the stomach lining, by crushing and snorting these drugs. This allows individuals to get nearly all of the opioid substance into their bloodstream at once, which can be extremely dangerous with strong, time-release medications like OxyContin. Snorting high-dose painkillers like OxyContin puts the individual at a much greater risk of overdose and death.

Other common addictive substances that are snorted include:

Snorting any drug puts the individual at risk of inhaling foreign particles, because the nose is involved in the process. This increases the risk of pneumonia.

Short-term risks of snorting drugs include nosebleeds, loss of smell, chronically running nose, problems swallowing, and hoarseness. Because snorting allows a higher dose of strong, addictive substances to hit the individual’s system faster, there is a greater risk for overdose. These drugs also tend to cause longer-term harm to organ systems, particularly the brain.

Drugs That Are Injected

Injecting is likely the fastest method of getting high from addictive substances, because the individual puts the drugs directly into the bloodstream. However, this form of abusing addictive drugs is one of the most dangerous as well.

Drugs that are injected into the body include:

Essentially, any water-soluble drug can be injected into veins or under the skin. Individuals who abuse drugs in this manner typically feel the effects of the drug in 5 minutes or less.

People who inject drugs are at a much greater risk of catching an infectious disease because of needle-sharing. While any unclean drug paraphernalia can lead to infectious disease spread, unclean needles mean that blood is shared between users. This increases the spread of hepatitis B, hepatitis C, and HIV. Injection drug use can also spread other viral or bacterial infections, including STIs, which rely on bodily fluids to spread.

Individuals who inject drugs are at greater risk of developing skin and muscle infections because of the constant exposure to foreign substances. They are also at greater risk of organ damage and failure due to contaminated batches of drugs. Without the stomach or lungs to warn these individuals that they are sick, the contamination can spread rapidly to all body systems through the blood. People who inject addictive substances are also at a much higher risk of overdose, because the blood system does not filter addictive substances the same way that the stomach, intestines, and lungs do.

Drugs That Are Inhaled or Topically Absorbed

Some prescription medications are created to be inhaled, absorbed through the skin, or used rectally or vaginally as a suppository. However, addictive substances can also be ingested in this manner.

Paint thinner, corticosteroids, nitrites, aerosol sprays, and other addictive substances are abused in a method colloquially called huffing. This involves using a soaked rag or balloon to inhale the drug.

This typically involves getting high off substances that are not designed for human consumption, and can quickly poison the individual, leading to death.

Much less common is the use of patches on the skin known as transdermals, or suppositories, to absorb drugs into the bloodstream. Patches are typically used to time-release prescription drugs like antismoking medications or hormonal contraceptives into the bloodstream, but this method can be used for slow release of illegal drugs. Suppositories are becoming more common as a way to take advantage of the thin skin in the vagina or rectum, bringing effects that are similar to snorting drugs. These methods can lead to infections in any of these areas, as well as damage to the surrounding skin, muscles, and nerves. People who ingest drugs in this manner are also at risk of overdose or long-term organ damage related to drug addiction.

Get Medical Help for Drug Addiction

Individuals who struggle with addiction put themselves at a very high risk of both short-term and long-term health damage. Overdose and death are the most serious risks, but cancer, brain damage, heart disease, and chronic pain are terrible consequences of drug addiction. Both inpatient and outpatient rehabilitation services can help individuals struggling with addiction by providing both medical, mental, and emotional support to manage addiction and achieve balance in recovery.

If you or someone you love is struggling with the devastating side effects of addiction and are unsure of where to turn, call us today at . Desert Hope, American Addiction Centers’ Las Vegas inpatient drug treatment facility, is ready to help you get the treatment you need today.