Penalties for drug possession increased dramatically following the implementation of the War on Drugs in 1971 by President Nixon, which came after a period of spiking drug misuse in the 1960s. The policies started by Nixon were widely expanded in the 1980s by President Reagan. Zero-tolerance policies and three-strike laws flourished under this administration, causing the number of persons incarcerated for nonviolent drug crimes in go from 50,000 in 1980 to 400,000 in 1997.

In recent years, people have started to look at drugs differently. Experts on drug addiction have widely pronounced it to be a disease, not a weakness of character or some innate criminal quality. It’s been found that over the years that drug use has only increased under policies that focus on punishment and incarceration rather than treatment and rehabilitation. As cultural views on drug use shift, use and possession of certain drugs are slowly beginning to be decriminalized – particularly marijuana – and drug possession laws are becoming a bit less draconian.

This article will discuss drug laws in Las Vegas, penalties you may encounter, and how to handle drug addiction.

The Types of Drug Possession 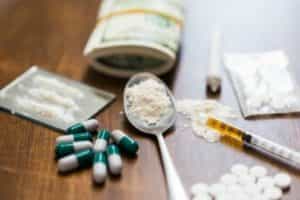 Not all drug possession is defined in the same way. Penalties for the crime can depend on many factors, including how much of the drug a person possessed and what type of drug it was. Possession of prescription drugs is also illegal if the person possessing them does not have a valid prescription from a licensed medical professional. Penalties for this type of possession have increased over recent years due to a sharp spike in illegal prescription drug use. The 2020 National Survey on Drug Use and Health found that 40.3 million people in the U.S. over the age of 12 had a substance use disorder within the past year.

Illicit and prescription drugs are federally classified in the US to be in one of five categories called Schedules that define how likely they are to be misused and whether they have any use in medical practice.

It’s important to note that despite marijuana’s current inclusion in the Schedule I category, many state and local laws make a distinction between it and other Schedule I drugs.

If you’re found with an amount of an illicit drug that exceeds the amount considered to be simple possession in your state, you can be charged with possession with intent to distribute (PWID). This charge assumes that due to the large amount of the substance, you could possibly be intending to sell it as a drug dealer. This is typically considered to be a felony and comes with a much more severe sentence.

In some states, simple possession and PWID are classified differently. For example, Florida’s drug possession laws classify the crime based on degree and whether it’s a misdemeanor or felony offense. First-degree misdemeanor possession is for those caught with 20 grams or less of marijuana or 3 grams or less of certain synthetic marijuana derivatives. First-degree felony possession is for individuals found in possession of 10 grams or more of certain hallucinogens like GHB and GBL as well as other drugs in the most severely controlled drug Schedules.

Drug Possession Laws and Penalties in Las Vegas and Nevada

In Nevada, you can be taken under arrest and face felony charges for a number of different drug-related offenses. These include:

Marijuana is the only substance that is legal to possess in either 1 oz. or less at home or 2-2.5 oz. while at home for those with state medical marijuana cards.

The severity of charges is typically associated with the schedule of drug a person is caught with. For example, individuals in possession of Schedule I drugs such as PCP, ecstasy, and heroin or Schedule II drugs like methamphetamine, cocaine, and OxyContin can face the most serious of penalties in Nevada. For example, some of these penalties can include the following:

First-time offenders are often able to avoid convictions by attending drug court or drug rehab in Nevada, while those who are continual offenders face more severe convictions.

Three-strikes laws and mandatory minimum laws have both contributed to the sharp increase in the number of people in prison for drug offenses. Twenty-four states have some form of three-strikes laws and regulations that impose significantly harsher penalties for those who are found guilty of the same offense three times, including Nevada. The strictest of these laws can land a person in prison for life even on a conviction of simple possession of marijuana.

Laws like these were created with the intent of deterring repeat or potential repeat offenders from committing additional crimes and to ensure that individuals convicted of certain crimes didn’t get light treatment due to corrupt judges or high-priced lawyers. However, they’ve come under fire for denying judges the right to make exceptions for special cases.

These laws have led to young people getting prison sentences and being marked as felons for getting caught smoking a small amount of marijuana three times. Many people with addiction disorders have also been put into prison because they can’t stop taking the drug they’re addicted to instead of being treated appropriately for a substance use disorder and/or mental illness . This can lead to further trauma and more difficulty finding stable employment, only fueling the one’s addiction. 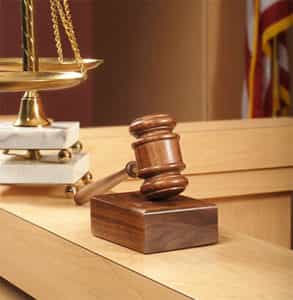 In many cases, there will be additional charges directly related to the possession of drugs that will increase the person’s sentence. There are also related crimes that individuals can be charged with even if they’re not directly in possession of an illicit substance.

A prime example of this includes drug paraphernalia charges. Paraphernalia includes any equipment, product, or material meant for the use, creation, or concealment of recreational drugs. In terms of the law, it must be proven that the item’s primary purpose was for one of these activities in order for a person to be convicted. For example, it’s often difficult to prove that a new, clean glass pipe is for drug use as it can be argued that it’s for tobacco use or simply a collectable. However, if drug residue can be found inside the pipe, this generally makes it much easier to convict a person on drug paraphernalia charges.

Not all states have laws against the possession of drug paraphernalia, but under federal law, it’s illegal to sell, offer to sell, mail, import, or export these items. Others have specific laws against items related to the creation and distribution of drugs that fit under the paraphernalia category. These items include:

Being in possession of a drug can even put the people around you at legal risk. If you live with someone who possesses large amounts of a drug or actively distributes a drug, you could be charged as being an accessory to the crime. People close to a drug dealer can even be charged with “conspiracy,” which can come with hefty sentences. This can happen when an individual allows a person to use a space that they own, such as a storage unit or trailer, and that person uses it to manufacture or distribute drugs. Even if the individual charged with conspiracy was ignorant of the drug-related activity, people have ended up spending decades in prison for this.

Dealing drugs to or around minors will also land people with additional charges or simply factor into sentencing. Giving or selling an intoxicant to a person under 18 or under 21 is a serious offense, even with legal substances like alcohol and tobacco. Being caught with drugs in a school zone is nearly guaranteed to get you a much lengthier jail or prison sentence than you would have received from possessing drugs in any other area.

Many drug possession cases are pretty cut and dry, but there may be circumstances in which possession wasn’t your fault or in which a defense can be mounted. It isn’t easy, however. At the federal level, the conviction rate for drug possession and other non-trafficking drug crimes is 87.5 percent.

There are also multiple ways to evoke your Fourth Amendment rights against unlawful search and seizure. Generally, police officers cannot search your vehicle or person without cause. If they do so, any evidence they find is not permissible in court. This does not apply to any drugs in “plain view,” such as on the dashboard of your car. However, if you decline to give permission for an officer to search your trunk, there’s no plausible reason to suspect something illegal in said trunk, and the officer searches it anyway, that’s considered to be a violation of your constitutional rights, and the case is likely to be dismissed.

How to Handle Drug Addiction 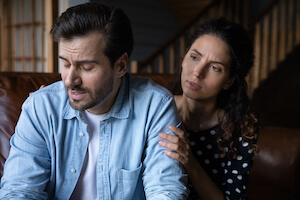 Withdrawal symptoms and cravings can make quitting the use of an addictive substance incredibly difficult, especially for highly addictive drugs like heroin and cocaine. Unfortunately, the most addictive drugs are also the most highly controlled, and they carry stricter punishments for simple possession.

There are thousands of addiction treatment centers across the US, and many of them offer resources for making the withdrawal process easier with therapeutic support and appropriate medication, as well as financing and low-cost or no-cost treatment for low-income individuals. There are also outpatient programs for those with children and work responsibilities.

It is never too late to get help for your addiction-related issues. Call our team of compassionate employees today at where a rehab admissions navigator will hear your story and help you determine the best level of addiction treatment for you or your loved one. We can answer all your questions, including those about payment options for rehab and using insurance to pay for treatment. Desert Hope Treatment Center, American Addiction Centers’ Las Vegas drug detox facility, offers a comprehensive addiction treatment program. Call us today to find out more information.

Get started on your recovery right now by verifying your insurance with our secure .

laws
Prefer getting help via text?
We're available 24/7 via text message. Signup below for access to our team when its convenient for you!
and many more...
Get the Info & Help You NeedBrowse 100s of informative articles.