What Are the Dangers of Drugs That Cause Cross-Tolerance?

Cross-tolerance occurs when a person develops a physical tolerance to a specific substance, which then translates to tolerance of other drugs. While tolerance may sound like a benefit, when referring to drugs, it means that more of the substance is required to create specific effects. For example, if a person has developed a tolerance to heroin, they are less likely to respond to opioid pain management if it is needed.

Currently, medical researchers believe that cross-tolerance develops because of changes in liver enzymes caused by the primary substance. However, there could be other functions, like neurotransmitter release and absorption, which may also play a role. 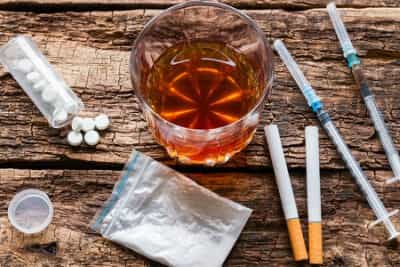 The most common form of cross-tolerance involves drugs with similar effects because they act on similar parts of the brain. For example, a person who abuses Percocet will develop a cross-tolerance to OxyContin.

Here are the most common drug classes for cross-tolerance:

Cross-Tolerance Can Be Dangerous

Although cross-tolerance and cross-dependence can be important tools in the detox process – for example, using benzodiazepines to ease a person off heavy alcohol use – they can also be very dangerous. A person who abuses drugs may have a harder time finding an effective prescription medication for an issue like chronic pain, for example.

Cross-tolerance can lead to relapse. While medically managed withdrawal is an important option for safe detox, especially for people who have abused alcohol or opioids for a long time, medications used to manage detox are often similar to the original drugs of abuse. This is a benefit because it eases withdrawal symptoms, but it is also a detriment because it can lead to greater cravings for drugs, especially if the person is not monitored appropriately by medical staff. People abuse methadone and buprenorphine, for example, although these drugs were developed to help people struggling with opioid addiction to wean off narcotics.

Cross-tolerance is also dangerous because addiction to one substance means the person is more likely to struggle with addiction to other drugs. While this is part of the disease of addiction in general – any intoxicating substance could spark a relapse, especially in the early days of recovery – certain substances are more likely to trigger addiction than others. A person who suffers from alcohol use disorder and then goes through recovery may become addicted to benzodiazepines later if they receive a prescription for the drugs from a mental health professional. This is also more likely to lead to polydrug abuse, which can cause serious physical harm. For this reason, it is important for people who have ended an addiction to let their doctors know about their history of substance abuse, so the doctor does not unknowingly trigger relapse with prescription medicines.

Detox and Rehabilitation to End Addiction

In a rehabilitation setting, with appropriate medical supervision, a person may find that cross-tolerance to some substances is used during detox to ease withdrawal symptoms. However, this should only be attempted with professional medical supervision and support from therapists or counselors.

If you or someone you love is struggling with addiction and are unsure of where to turn, call us today at . Desert Hope, American Addiction Centers’ Las Vegas rehab facility, is ready to help you get the treatment you need today.

researchstatistics
Prefer getting help via text?
We're available 24/7 via text message. Signup below for access to our team when its convenient for you!
and many more...