How Are Drugs Classified in America?

Drugs are classified according to a number of different criteria, depending on the group doing the classifying and the reason for classification.

For instance, from a therapeutic standpoint, a drug might be classified by the way it is used to treat illness. Other classification systems might classify drugs by active ingredients or chemical composition.

Early on, the government developed a very basic classification system for medicines and offered a general classification system for drugs sold commercially for medicinal purposes.  The Federal Food, Drug, and Cosmetic Act (FFDCA) was passed in 1938 to assist in deciding what drugs would be approved for specific uses. The FFDCA gave the Food and Drug Administration (FDA) the power to determine the safety of various food products, medicinal drugs, and cosmetics in the United States. The Act has been amended several times to allow for considerations that are used to investigate the efficacy of drugs or to incorporate new types of issues or information, such as preparations for bioterrorism and for other regulations regarding new developments in the manufacturing of drugs.

The FFDCA is concerned with medicinal drugs or drugs that are designed to treat, prevent, and cure, or that are used in the diagnoses of illnesses or diseases in people or animals.

The FFCDA makes an additional designation between chemical compound drugs and biologic drugs.

Chemical compounds are drugs that are manufactured by combining specific chemicals in fixed proportions. These are the drugs that most of the big pharmaceutical companies market. They are often further broken down into:

Biologic drugs are composed of a wide range of different therapeutic products, such as vaccines, gene therapy materials, recumbent therapeutic proteins, and so forth. Unlike chemical drugs, biologics are manufactured in some type of a living organism or living system, such as a plant, animal, or even in a microorganism like a bacterium. These products require very strict regulations as they are highly sensitive to environmental changes, and even the slightest alteration in the conditions under which they are manufactured can affect their composition. Under this category, there are:

Biologic drugs are typically marketed as prescription drugs and are most often specialty drugs that are designed to have very specific uses. 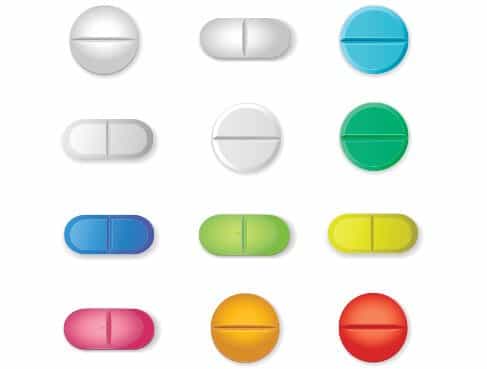 For lack of a better designation, this article uses the term pharmaceutical classification systemsto refer to a number of drug classification methods that classify drugs according to their chemical composition, mechanism of action, or therapeutic intent.  When one reads a drug guide or textbook on drugs, these materials will often use these types of grouping criteria to classify drugs into specific categories.  When drugs are classified by their mechanism of action or therapeutic effects, certain drugs may be classified in more than one group. This results in a large number of potential classes of drugs.

For instance, antidepressant drugs are drugs that are primarily used for the treatment of clinical depression, although they have other uses as well. Antidepressant drugs are also classified according to their mechanism of action. Selective serotonin reuptake inhibitors, such as Prozac or Paxil, are primarily antidepressant drugs that act on the neurotransmitter serotonin, whereas tricyclic antidepressants, such as Elavil, act on three different neurotransmitters (dopamine, serotonin, and norepinephrine). In addition, certain selective serotonin reuptake inhibitors are used in the treatment of anxiety disorders and even personality disorders, and may be classified as drugs designed to treat those conditions as well.

Systems that are used for classifying drugs according to their chemical composition or mechanism of action are not limited to source guides or textbooks. Several organizations classify drugs according to these methods or methods similar to them.  For example, the National Drug File – Reference Terminology is a system of classification used by the United States Department of Veterans Affairs that classifies drugs based on four categories:

When drugs are categorized based on their shared effects, the result is typically 7-10 or even more major categorizations of drugs. Many drug manuals follow this particular classification system without regard to the potential for abuse of or addiction to the drug. The International Drug Evaluation and Classification Program, an organization of law enforcement professionals, classifies drugs according to seven categories that are used to identify and clarify the types of drugs a particular suspect may have been taking. The categories of drugs are listed by their major behavioral effects to allow training for law enforcement professionals that enables them to quickly determine what type of drugs a person may have been taking based on behavioral observations of the person. These seven major categories include:

Many pharmaceutical texts add to the above classes by including specific categories for antidepressant medications, antipsychotic medications, antihistamines, and so forth. There can be quite a large number of different categories of drugs in a specific classification scheme when the drug’s particular mechanism of action is considered as the method of classification. This is the case in many textbooks and on various drug information websites.

Drugs in this classification are considered:

The drugs in this schedule are illegal to own, manufacture, or distribute except under conditions specified by the DEA (this also includes synthetic versions of these substances).
Drugs in listed in Schedule I include:

Cannabis products, such as marijuana, remain classified as Schedule I substances by the DEA and the federal government, though certain states have allowed their use for medical purposes, and some localities have even allowed for individuals to possess small amounts of marijuana for personal use. The situation has resulted in some interesting speculation; in some states, a person may legally possess marijuana according to local laws, but be in violation of federal statutes.

These substances are considered to:

Except under extreme conditions, no drug appearing on Schedule II may be dispensed without a prescription, and some may not be dispensed to the general public at all (e.g., cocaine). A few drugs under this designation include:

Substances in this schedule:

Prescription of Schedule IV substances is similar to those in Schedule III. Drugs listed here include:

Substances in this category:

Like all the drugs classified in Schedules I-IV, these drugs must also be obtained with a prescription. Some of the drugs on this list include:

Inconsistencies in the Placing of Substances in Schedules I-V

Overall, the classification system is relatively solid; however, even though the system appears to be strictly regimented, there remain a number of inconstancies in the DEA’s choices of where certain drugs should be placed. There are several special qualifications for certain drugs that appear to allow them to be placed in different schedules.

For example, Marinol, used to treat nausea associated with chemotherapy, actually contains the active ingredient found in cannabis. It is, however, classified as a Schedule III drug instead of a Schedule I drug because it has scientific evidence for its medicinal uses, whereas cannabis itself remains on Schedule I. Of course, this inconsistency simply fuels the already heated debate regarding the legalization of marijuana, and conspiracy theories regarding its medicinal properties and the pharmaceutical industry being behind a plot to keep it illegal.

Several other inconsistencies can be found with other drugs, such as the observation that there is no scientific evidence that LSD (Schedule I) is addictive. In addition, there is some evidence from the field of psychiatry for potential therapeutic properties for the drug in that context.

For complete listings of all medications and Schedules, refer to the United States DEA website.

Do These Drugs Always Remain in the Same Classification Schedule?

Drugs can be assigned to different schedules, depending on available evidence and may even be removed from the classification scheme as new evidence develops. For instance:

Over 160 substances have been added, moved, or removed from the classification scheme since its inception.

There is no singular medication or drug classification system used in the United States, and one can find inconsistencies in the major classification systems that are used. The most controversial legal classification of a drug today concerns the scheduling of marijuana by the United States Drug Enforcement Administration as a highly addictive drug with no medical uses (Schedule I). Drugs are typically classified by their chemical structure, mechanism of action, therapeutic effects, and/or potential for abuse.

Prefer getting help via text?
We're available 24/7 via text message. Signup below for access to our team when its convenient for you!
and many more...