The Benefits of Exercise during Addiction Treatment

Most people are aware that exercise is beneficial, as there is no lack of information regarding the benefits of an exercise program. Obesity, one of the major health issues in the United States, is in part a result of issues with improper diets and a lack of regular exercise in Americans.

Exercise also has numerous therapeutic benefits. People who suffer from various mental health issues can realize significant gains in wellness as a result of engaging in a regular program of exercise. These benefits also relate to individuals who are diagnosed with substance use disorders. There are numerous reports that have documented the benefits of exercise for individuals in recovery. Most of the information in this article comes from information in the book Applied Ethics in Mental Health Care: An Interdisciplinary Reader as well as research articles in the journals Neuroscience and Biobehavioral Review and Mental Health and Physical Activity.

Benefits of Exercise for Those with Substance Use Disorders

There are many benefits of exercise for individuals in recovery that include:

In addition, the benefits of an exercise program occur across all age groups, ethnic groups, and levels of education, and they are not gender-specific. The earlier an individual begins to implement a program of exercise into their recovery program from a substance use disorder, the better.

Finally, it is extremely important for anyone thinking of starting a program of regular exercise to consult with their physician first. This is especially true for individuals who have had long-term issues with substance abuse. A consultation with a physician can identify any potential issues that may be associated with implementing an exercise program, and the physician can then monitor the person and avoid any potential serious issues (e.g., cardiac issues) as the person progresses.

What Type of Exercise Should I Choose? 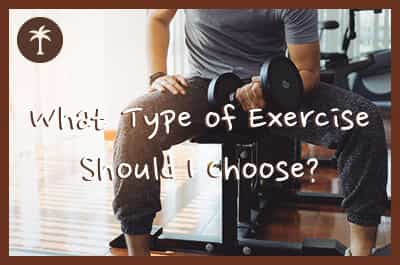 There are numerous types of physical activities that can be organized into a formal exercise program, such as walking, jogging or running, team sports, dance, martial arts, yoga, or even weight training and calisthenics.

Obviously, some forms of exercise require more significant involvement of various muscle groups and other organs, such as the cardiovascular system, than others. A person who is able to engage in a long-distance running program will most likely obtain a higher level of fitness and health than an individual who engages in a program of bowling. However, an individual who attempts a running program, decides that they do not like running, and then gives up exercising altogether after a couple weeks will not experience the benefits of an exercise program compared to an individual who engages in a program of bowling and continues it indefinitely.

The most important consideration is for the individual to choose something they will enjoy doing and, thus, will continue doing. One cannot realize the benefits of an exercise program if they do not actually engage in that program. Therefore, one should enjoy whatever option they choose.

Can a Person Be Addicted to Exercise? 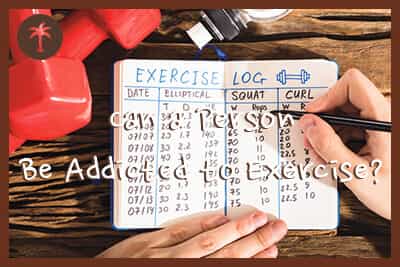 It is true that some individuals with certain types of mental health disorders, such as eating disorders or even psychotic disorders, may exercise to a point where the exercise becomes detrimental instead of beneficial. Unless one has a mental health disorder where the individual may become very obsessive over their actions, there is little chance that one will actually become “addicted” to exercise. For a small proportion of individuals, exercise does become a dangerous obsession; however, this should not deter anyone in recovery from becoming involved in a program of exercise.

Individuals in recovery should rely on their therapists, sponsors, friends, and family to point out to them if they are developing the type of compulsive behaviors that signify an obsession or addiction to exercise. The probability of this occurring is very small, and overall, the benefits of a sensible exercise program far outweigh any potential detriments.

treatment
Prefer getting help via text?
We're available 24/7 via text message. Signup below for access to our team when its convenient for you!
and many more...
✕
Instantly Check Your Insurance Coverage
Your information is safe & secure
At Desert Hope, we accept most types of private (non-government) insurance and offer a variety of payment options.
You can quickly and privately check your insurance benefits to see if you're covered for addiction treatment services. We’ll be able to tell you if your provider is in network with Desert Hope Treatment Center and all American Addiction Centers locations.
This means your treatment may be FREE1 depending on your policy, copay, and deductible.