How Addictive Is Crack?

Crack is a highly addictive stimulant made from cocaine. Users usually smoke the drug as doing so allows a large amount of it to reach the lungs and bloodstream quickly. As a result, crack cocaine produces an instant high with intense effects. It typically looks like small white or off-white rocks.

The drug got its name because of the cracking sound heard when the rocks heat up. According to the National Drug Intelligence Center, crack is made by mixing dissolved powdered cocaine in a solution of water and ammonia or baking soda, and boiling the mixture. A solid substance is produced during this process. It is then separated from the liquid and dried. Once it is broken down into smaller chunks, the drug is sold on the street. 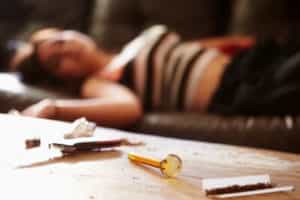 Crack addiction can happen very quickly. The person using it feels almost instantly more energetic and alert. The overload of dopamine caused by crack triggers physiological changes in the brain’s dopamine receptors. More changes occur every time a person smokes crack. Over time, more of the drug is needed to experience the same effects. A person affected by crack addiction will constantly want more of it and often has the urge to smoke as soon as they wake up. Dopamine is depleted during sleep so an individual may even awaken with withdrawal symptoms.

Withdrawal symptoms from crack are broken down into initial, intermediate, and late phases. The withdrawal process from crack is typically uncomfortable, and the person may keep taking crack just to avoid feeling the effects of withdrawal. In the initial phase, symptoms include:

The intermediate phase of crack withdrawal often involves a lack of energy, and the person may feel extremely fatigued. This phase can last for weeks. The person may feel physically and mentally tired and have little interest in activities.

By the late phase of withdrawal, drug cravings dissipate. This phase may last for months, and a variety of factors can strengthen the cravings and increase the chances of relapse.

Crack is different than cocaine in that it is more concentrated, creates a shorter-lived high, and its withdrawal symptoms last longer.

Any treatment program should therefore be carefully crafted around the person’s needs, and the importance of finding a good program cannot be overstated.

The Substance Abuse and Mental Health Services Administration reported that about 354,000 people age 26 and older used crack, compared to 1.2 million who used cocaine, in 2015. About 39,000 individuals, ages 18-25, used crack in the month preceding the study. While more individuals abuse cocaine, the addictive potential of the drugs is similar.

Other Telltale Signs of Addiction

Rapid mood changes are characteristic of crack addiction. A person can go from feeling extremely happy and euphoric to anxious, depressed, and down a few minutes later. It can be difficult to control anger when struggling with addiction, especially when the user is without access to the drug. Individuals who use crack can become paranoid, even of the people they trust and love most.

Crack addiction also leads a person to have less desire to participate in activities they enjoy. Feeling pleasure may only be possible when using the drug. Oftentimes, the only thing the person can think about is getting and smoking more crack. This can affect their life in many ways, from increased tensions with family members to reduced performance at work. Some people struggling with crack will get high on the job or skip work altogether just to get high.

Individuals may also neglect to pay the bills and prioritize their crack habit over other financial obligations. They may end up spending more cash than they have or even end up losing their housing because they haven’t paid rent. Other signs of crack addiction include a neglected appearance and being so consumed with the drug that one resorts to lying, stealing, and even selling possessions or drugs to pay for more crack.

Signs of Being High on Crack

The initial effects of a crack high last 5-10 minutes. Aside from euphoria and hyperstimulation, the person will exhibit dilated pupils, an increased breathing rate, and elevated blood pressure and heart rate. The initial biological impacts also include decreased appetite and a constriction of peripheral blood vessels.

After using crack just once, a person may crave more, so just one hit can trigger repeated use that leads to an addiction. This, of course, can lead to many problems. Depression can become severe, and the individual may become chronically irritable, aggressive, paranoid, and delirious. They may also hallucinate. In addition to these issues and a tendency to participate in risky behaviors that can lead to accidents, the health effects of long-term crack use may include heart attack, stroke, seizures, respiratory failure, reproductive problems, and death. In some cases, decreased blood flow to the bowels can cause gangrene.

How to Treat Crack Addiction

Addiction to strong substances such as crack is best treated in a professional setting. Though inpatient treatment can provide the most comprehensive approach to care, outpatient treatment is common. A study of community-based treatment programs in England, published in 2009, found that of 14,656 clients monitored, 52 percent of crack-cocaine users abstained during the 28 days prior to the survey. This was more than the 37 percent of heroin users in the study who abstained from that drug.

Cognitive Behavioral Therapy (CBT) is commonly used in addiction treatment programs because it trains an individual in how to think differently about their addiction and other life issues. The concept behind CBT is to teach methods of avoiding the substance and to help clients deal with emotions, circumstances, and other factors that can lead to relapse. If stress is a factor, as it is for most clients, more positive coping mechanisms can be taught so individuals don’t return to substance abuse in times of stress.

The Potential of Medication to Treat Crack Addiction

In 2013, about 68 percent of those who sought treatment for cocaine abuse smoked crack, according to the National Institute on Drug Abuse. Though different forms of the same drug, both substances cause major changes in the brain. While therapy is the primary treatment for crack addiction, medications can be helpful in some instances, particularly when co-occurring mental health issues are present.

Although the U.S. Food and Drug Administration has not approved medications to directly treat those struggling with crack abuse, much research has been done on the subject. Researchers have tested medications that affect dopamine receptors and neurotransmitters, such as serotonin, gamma-aminobutyric acid, and glutamate, all of which are affected by cocaine.

Disulfiram, used for alcohol abuse treatment, has had some effect on crack cocaine recovery. Scientists believe it may inhibit an enzyme involved in the conversion process of dopamine to norepinephrine. Variations of a gene encoding for this enzyme may affect whether this medication will work for one person or another.

The Potential for a Cocaine Vaccine 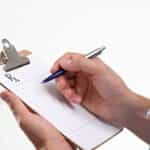 The American Society of Addiction Medicine (ASAM) has conducted research into the development of an anti-cocaine vaccine. Although such a vaccine won’t address the neurobiological aspects of addiction, it could function by creating antibodies that bind to the chemical compounds of the drug in the bloodstream, stopping them from reaching the brain. The human body does not have the antibodies to act on a molecule as small as crack cocaine. Researchers combined a cocaine metabolite with a non-toxic cholera bacteria protein, which can create an immune response inside the human body.

A study published by the National Institutes of Health in 2009 found 38 percent of 115 participants vaccinated had IgG antibody levels sufficient to block cocaine. A 2014 study published by Drug and Alcohol Dependence did not find as strong a result. Despite conflicting results, per ASAM, researchers believe a substantial percentage of crack cocaine users could avoid relapse if provided with a treatment plan involving a vaccine

cocaine
Ready to get started?
We're available 24/7 to answer questions and help you make decisions about starting recovery from drug use.
Your Next StepsDon't gamble on your addiction.