Depression and Addiction: How Are They Linked & How to Treat Them

Depression affects millions of Americans. In 2020, an estimated 8.4% of all adults experienced a major depressive episode in the past year.1 Depression can affect anyone, but people with substance abuse issues may be more vulnerable to depression.2

This article will discuss depression, how it can co-occur with addiction, and effective treatment for co-occurring disorders. 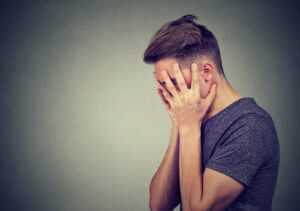 Major depressive disorder—or clinical depression—is a serious mental health condition with symptoms that can adversely impact physical health, mood, and cognition in a manner that disrupts a person’s ability to perform basic functions associated with daily living, such as working, parenting, or eating.3 Symptoms such as depressed mood, diminished interest or pleasure in daily activities, as well as sleep or appetite disturbances may last between a few weeks to a few years in some people.3 In order for a diagnosis of depression to be made, the patient must experience symptoms for at least 2 weeks.3

A diagnosis of depression should be made by a medical professional.4 If you are concerned that you or a loved one may be dealing with depression, talk to your primary care physician or another treatment provider.

Symptoms of depression may include: 3

Research suggests that genetic, biological, and environmental factors all contribute to a person’s risk for depression.2,3 These include:3

Addiction shares many risk factors with depression (e.g., genetics, trauma, chronic stress), which partly explains why co-occurring depression and substance use disorder (SUD) is so common.5

Are There Different Types of Depression?

The co-occurrence of depression and substance abuse is common. In 2020, more than 35% of adults who experienced a past year major depressive episode in the past year also struggled with an SUD.1

There are a lot of reasons why a person might struggle with depression and substance abuse at the same time.2 As mentioned previously, addiction and depression share common risk factors like trauma and chronic stress.2,3

Additionally, some hypothesize that people with depression or other mental health issues may use drugs or alcohol to “self-medicate.” This refers to the ill-advised practice of using substances to relieve symptoms of a mental health condition.2

Although certain substances might temporarily alleviate some symptoms, ultimately they could also exacerbate the symptoms of mental health disorders like depression, both acutely and in the longer-term.2,5

In some cases, it may be impossible to determine which came first: the depression or the substance abuse issue. It is likely that they both affect each other in more than one way.5

How to Treat Addiction and Depression

Having both a substance use disorder and a co-occurring mental health condition like depression may necessitate additional treatment considerations, as people with comorbidities often exhibit relatively poor treatment adherence and a higher likelihood of premature treatment dropout.8

A treatment approach that integrates the simultaneous management of the comorbidity—in this case, depression and substance use disorder—has been found to be consistently superior to an approach of treating each disorder separately.8

What Kind of Therapies and Treatments Work for Depression and Substance Abuse? 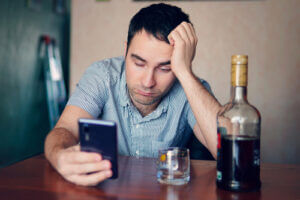 Evidence-based behavioral treatment, often in combination with medications, is key to improving recovery outcomes for people with SUD and mental health issues like depression.8,9

There are also many medications that have proven effective at managing depression. About 13.2% of Americans make use of antidepressants at any given time.13 Common antidepressants include:3,16,17,18,19

Finding the Right Treatment for Depression and Addiction

Finding the right treatment can be overwhelming. When considering treatment options, it is important to ensure that the program uses treatments that are supported by scientific evidence, such as cognitive-behavioral therapy (CBT) and other empirically supported treatments.3,20 Effective treatment facilities will provide individualized care, matching their treatment approaches to the needs of the person seeking treatment.9,20

How to Pay for Co-Occurring Disorder Treatment

Mental health treatment and substance use disorder treatment is covered by most insurance policies.21 However, the extent of this coverage, and which treatment facilities accept the insurance plan will vary.

Fill out the confidential to check your coverage at Desert Hope Treatment Center. You can also call our rehab admissions team at for assistance in figuring out how to use health insurance coverage to pay for rehab.

You can also learn detailed information about your coverage by calling the number on the back of your insurance card and inquiring about coverage and costs associated with substance abuse treatment.

If you do not have insurance, there are other ways to pay for addiction treatment. For example, Desert Hope offers payment plans that help defray treatment costs.

Managing Depression and Addiction After Treatment 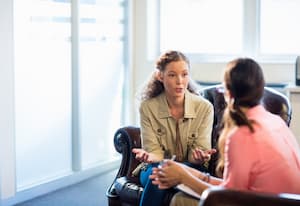 Aftercare typically emphasizes strategies to prevent relapse and work through obstacles that may emerge during a person’s recovery.22

Additionally, many people with SUD and major depressive disorder benefit from continued counseling and psychotherapy, and medication may also be administered in a long-term capacity to treat both conditions.3,23

If you or a loved one struggles with substance use disorder and depression, Desert Hope Treatment Center can help. Please call an admissions navigator at to learn about the admissions process.

You aren't alone. You deserve to get help.
Desert Hope is located in Las Vegas, Nevada, which is easily accessible from most locations in the Southwest. We offer a full continuum of care that spans from inpatient medical detox and rehab to outpatient services and sober living. Take the next step toward recovery: learn more about our addiction treatment programs near Vegas or learn about how rehab is affordable for everyone.
About The Contributor
Kate Allison, Ph.D.

Dr. Kate Allison received her Ph.D. in Clinical Psychology from the University of Tennessee. Throughout her clinical experiences in a variety of treatment settings, she observed the indelible effects substance abuse, trauma, stress, among many other...Read More

Prefer getting help via text?
We're available 24/7 via text message. Signup below for access to our team when its convenient for you!
and many more...
✕
Instantly Check Your Insurance Coverage
Your information is safe & secure
At Desert Hope, we accept most types of private (non-government) insurance and offer a variety of payment options.
You can quickly and privately check your insurance benefits to see if you're covered for addiction treatment services. We’ll be able to tell you if your provider is in network with Desert Hope Treatment Center and all American Addiction Centers locations.
This means your treatment may be FREE1 depending on your policy, copay, and deductible.
Get the Info & Help You NeedWe're open across the US. Learn about your options.