Living with Anxiety and Substance Abuse

Oftentimes, the symptoms of anxiety disorders lead to behaviors like self-medication that, over time, can develop into substance abuse. Anxiety symptoms can also occur as a result of addiction to or withdrawal from some drugs.

The combination of anxiety and drug abuse can sometimes make it challenging to deliver treatment. Sometimes the person or treatment professionals may not even be aware initially that the co-occurring disorder is present. For a person who is struggling with drug or alcohol abuse and also dealing with co-occurring anxiety, it can help to understand more about anxiety, how it contributes to substance abuse, and what types of treatment are available.

Anxiety is a broad term covering a number of different mental health disorders of varying degrees. According to the Anxiety and Depression Association of America, anxiety includes several different categories of disorders, including:

Other disorders are related to or frequently occur with anxiety disorders, including obsessive-compulsive disorder, post-traumatic stress disorder, and depression. Of course, everyone feels fear, worry, or anxiety from time to time. However, anxiety disorders result in a person having these feelings regarding everyday situations, on a constant basis, for seemingly no rational reason. These disorders can make fear and worry interfere with daily life, and they can sometimes lead to other problems, including substance abuse.

At Desert Hope, we understand the interplay between mental health and addiction. That’s why we treat both. When you come here to start your recovery, you’ll also receive treatment for any co-occurring mental health issues such as anxiety or depression. Give us a call at to learn more about what our programs can do for you.

There are several reasons that this may happen. One of the most common reasons is that some substances that ease anxiety symptoms may be used to manage these symptoms without consulting a doctor – this is known as self-medication. These self-medicating behaviors can result in a high risk of developing a substance use disorder, as demonstrated through research in the Journal of Clinical Psychology.

For example, a person struggling with anxiety might use alcohol to alleviate symptoms of tension, irritability, and insomnia. Continued self-medication of this kind over a long period of time may lead to the person needing more of the substance to achieve the same effect, which is known as tolerance. This causes the person to drink more, or more often, which then leads to abuse and a potential addiction to alcohol.

Who Is at Risk?

According to Mayo Clinic, people who are at risk for generalized anxiety disorder include those who:

Other risk factors contribute to other anxiety disorders, such as life experience (such as witnessing an extremely frightening event), brain chemistry, and gender (females tend to be diagnosed with anxiety more often than men).

According to the National Institute of Mental Health, symptoms of anxiety disorders can vary depending on the type of disorder. For example, a person struggling with panic disorder may have the severe physical symptoms of a panic attack, including shortness of breath, rapid heartbeat, sweating, and dizziness, along with a constant fear or worry about being in public places and having a panic attack. On the other hand, someone with GAD might have less obvious symptoms, such as insomnia, an inability to relax, or muscle tension. The main symptom of all anxiety disorders, however, is a sense of fear, dread, or worry that persists for six months or more.

Alcohol has been found to be one of the most commonly abused substances for people with anxiety disorders, according to another part of the study in Alcohol Research & Health. Alcohol is easily accessed, and the fact that it interferes with the body’s natural stress and fear response can lead to people using it to self-medicate anxiety symptoms.

Benzodiazepine drugs, such as Xanax (alprazolam), Valium (diazepam), and other prescribed anti-anxiety medications, are also frequently abused by those with anxiety disorders. When taken as prescribed and for short periods of time, these substances can ease anxiety without leading to addiction. However, benzodiazepines are often abused or used for too long, which can result in tolerance to the drugs and then addiction.

Opiate drugs, such as prescription painkillers and illicit drugs like heroin, are also commonly abused by people dealing with anxiety disorders. As with alcohol and benzos, opiate drugs can interfere with the body’s anxiety response, bringing a sense of calm, as described in research from the Journal of Psychopharmacology. 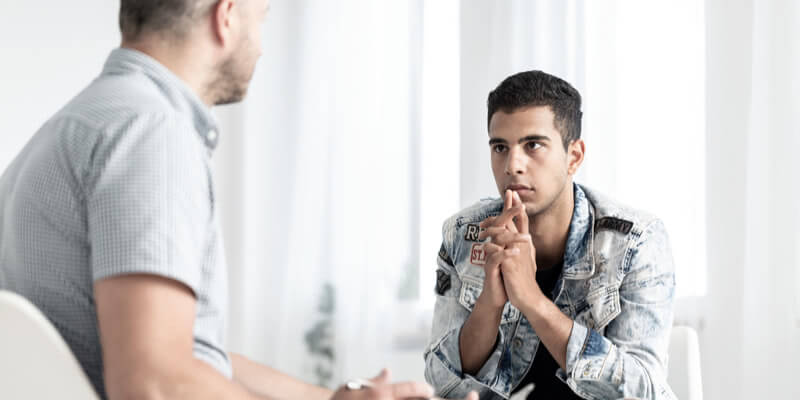 Treatment for Anxiety and Substance Abuse

Experts agree that the most positive outcomes for treatment of substance abuse with co-occurring anxiety result from integrated treatment of both conditions together, rather than trying to treat either condition separately. Integrated treatment is important because it provides a degree of continuity in care, taking into account the effects that each condition has on the other.

Research from the journal Social Work in Public Health demonstrates that behavioral therapies provide a positive benefit for treating co-occurring anxiety and substance abuse. Combinations that have shown success include:

These therapies are most helpful in treating co-occurring anxiety and substance abuse when they are performed by a professional who is familiar with both disorders. A rehab center that specializes in dual diagnosis and that provides personalized, integrated therapy can help those in need to effectively manage both conditions.

co-occurring disorders
Your Next StepsRecovery is possible. We're here to help with your addiction.