What Is Cocaine Made From? Main Ingredients & Cocaine Cutting Agents

Cocaine is a powerful stimulant derived from the leaves of the coca plant, which is native to South America. The drug was originally used as an anesthetic and to constrict blood vessels. Even though its addictive properties began to be recognized by the late 1800s, it is still used as an anesthetic today.1

Cocaine is one of the oldest drugs known to man. In fact, according to National Geographic, people in South America have cultivated the plant from which cocaine is produced for about 8,000 years.2

How Is Cocaine Made? 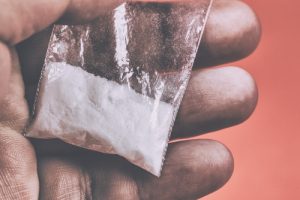 Cocaine is made from the leaves of the coca plant. This plant grows in South America in places like Colombia, Peru, and Bolivia.3

How powdered cocaine is made:3

To make crack cocaine, cocaine hydrochloride is dissolved into a mixture. The solution is heated until the cocaine forms an oily substance that settles at the bottom of the container. Excess water and other impurities are then removed. The resulting substance is crack cocaine. 3

Where Does Cocaine Come From?

Colombia is the largest grower of the coca bush. 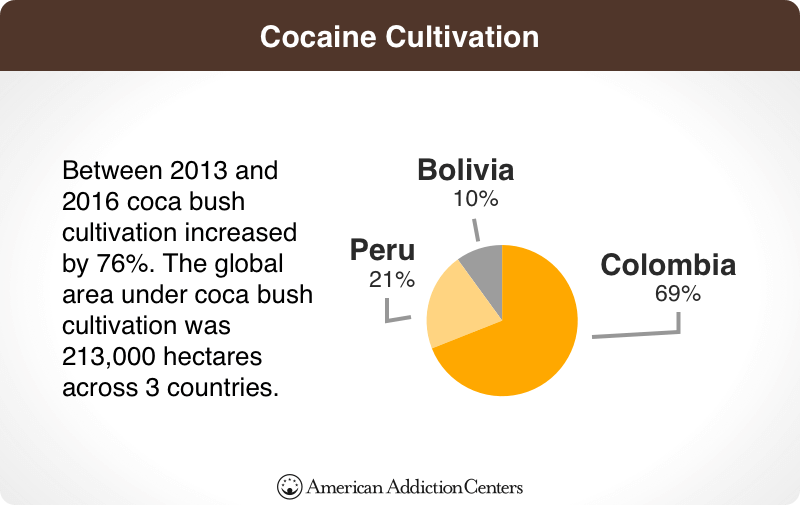 Are There Uses for the Coca Plant Other Than Producing Cocaine?

Indigenous peoples in South America use the coca leaves to relieve a number of ailments, including upset stomach, nausea, altitude sickness, coldness, and hunger.8

Coca leaves include calories, carbohydrates, minerals, and vitamins that also make them a possible source of energy and nutrients for users. 8

When Did They Stop Putting Cocaine in Coca-Cola?

Coca-Cola originally contained cocaine, but it was phased out beginning in 1903. However, it still contains non-narcotic coca leaf extract for flavoring.9

As mentioned above, cocaine is also still used as an anesthetic.1

What Adulterants Are Used in Cocaine, and What Are Their Effects?

Pure cocaine is expensive, and dealers often want to stretch a batch so they can make more money. As a result, they often mix the powder with other substances. According to the National Institute on Drug Abuse, common diluting agents include cornstarch, talcum powder, baking soda, or flour.4

Dealers also often cut their supply of cocaine with substances to enhance the effects of the cocaine, such as:10

Increasingly, dealers have also cut cocaine with fentanyl, an extremely powerful opioid. This has led to a number of overdose deaths. In New York, 37% of overdose deaths involved cocaine and fentanyl without heroin in 2016, up from 11% in 2015.5

Treatment can help people with cocaine addictions avoid health effects and possible overdose. Counselors and treatment providers can help users work through their reasons for using cocaine and find ways to manage their triggers and cravings.

Desert Hope’s exceptional co-occurring disorder programs integrate treatment for addiction with care for other mental health disorders that often accompany addiction, such as depression or anxiety. There are many options available to get started in recovery including inpatient treatment for cocaine addiction, outpatient services and NA. Call us today at to learn about cocaine addiction rehab in Las Vegas at Desert Hope Treatment Center.

cocaineoverdose
Prefer getting help via text?
We're available 24/7 via text message. Signup below for access to our team when its convenient for you!
and many more...
✕
Instantly Check Your Insurance Coverage
Your information is safe & secure
At Desert Hope, we accept most types of private (non-government) insurance and offer a variety of payment options.
You can quickly and privately check your insurance benefits to see if you're covered for addiction treatment services. We’ll be able to tell you if your provider is in network with Desert Hope Treatment Center and all American Addiction Centers locations.
This means your treatment may be FREE1 depending on your policy, copay, and deductible.
Your Next StepsDon't gamble on your addiction.