Understanding the Types of Bipolar Disorder

Mental health clinicians and researchers in the fields of human behavior differentiate between the terms mood and affect in order to distinguish descriptive sources or observations on how an individual experiences or displays their emotions.

The term mood is used when someone describes their own particular emotions or feelings, whereas the term affect is used when some outside observer infers another person’s feelings by their behavior or presentation.

The difference may seem trivial to individuals who are not involved in diagnosing mental health disorders or researching them; however, it does represent a qualitative difference in understanding how emotions are experienced, displayed, and used in diagnostic and research venues. Psychological/psychiatric disorders that present with alterations in mood as their major diagnostic feature are assessed by both trying to understand the person’s mood and descriptions of their affect.

Bipolar disorder has been a disorder that has been described early in the history of psychiatry as presenting as alterations in extremes of mood and affect. It was one of the first formal diagnostic categories pronounced. 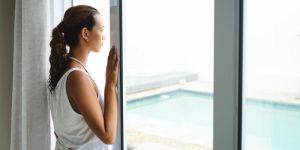 Bipolar disorder was originally described as manic-depression, and despite some confusion regarding these terms in lay circles, they refer to the same disorder. The term bipolar was used to describe the severe transitions that these individuals display between two different endpoints or poles of mood and affect (mania on the one endpoint, and depression on the other).

Until recently, bipolar disorder was described as a specific type of mood disorder – psychiatric/psychological disorders where the primary presentation was based on disturbances of mood (and affect). However, recent research is indicated that bipolar disorder may actually represent a type of bridge between depression and psychotic disorders such as schizophrenia. Thus, the current diagnostic classification system used by the American Psychiatric Association now lists bipolar disorder in a separate category interspaced between the psychotic disorders and the depressive disorders.

Despite this rearrangement of categories, the diagnostic criteria for bipolar disorder remain relatively unchanged and for the most part consistent with the presentation described in the late 1800s and early 1900s by the eminent psychiatrist Emile Krapelin.

Bipolar disorder is diagnosed when individuals present with alterations in mood and affect that range from extremely active, irritable, and manic type behavior and presentations consistent with the notions of major depressive disorder (e.g., depression). The American Psychiatric Association lists separate diagnostic criteria for presentations associated with mania or hypomania and the presentations associated with depression. Is important to understand  that when a clinician makes a diagnosis of bipolar disorder, it is done so by observing the individual’s affect as well as gathering subjective descriptions of their mood state, even though the formal diagnostic criteria appear to represent descriptions of affect only.

The formal diagnostic criteria for mania/hypomania and depression will not be presented here. The general signs and symptoms of manic episodes include:

A period of at least one week where the person experiences abnormally elevated or irritable mood states that include at least three or more of the following:

The depressive aspect of bipolar disorder essentially mimics the same symptoms of major depressive disorder. There are a total of nine overall symptoms that can be used to diagnose major depressive disorder. The individual must present with five or more of these nine potential systems in the same two-week period and at least one symptom must be either depressed mood or an inability to experience pleasure (or a loss of significant interests).

Other symptoms of depression include:

The individual will typically experience manic or hypomanic episodes for a period of four days to two weeks, whereas depressive episodes are much longer and may last for months at a time.

Cyclothymia represents a chronic, less intense presentation of hypomania and depressive episodes that do not fully meet the criteria for bipolar II. This chronic presentation must occur for at least two years. It is a separate disorder that is included in the category of bipolar disorder and related conditions. While many may view it as a “type” of bipolar disorder, it is not one; it is a separate disorder.

Bipolar Disorder due to a Medical Condition

Taking certain medications or drugs can produce symptoms of bipolar disorder. This category is offered for clinicians when it is known that the individual’s presentation is due to the effects of drugs or alcohol. This is not a type of bipolar disorder, but allows for the diagnosis of bipolar-like symptoms when the individual is known to abuse certain medications or drugs.

Sometimes, individuals will continue to display bipolar disorder-like symptoms after the detoxification period for the specific drug has passed. In these cases, clinicians would reassess the individual.

As mentioned above, bipolar disorder-like symptoms can result from the use of medications or illicit drugs. Manic symptoms most often result from the use of stimulant medications, such as amphetamine, methylphenidate (e.g., Ritalin), and cocaine products, whereas depressive symptoms will often be associated with the use of central nervous system depressant drugs, such as narcotics and benzodiazepines. However, atypical reactions to drugs can present as bipolar-like symptoms, such as individuals becoming very irritable and agitated when they use marijuana, or individuals coming down from the use of stimulants, such as cocaine, presenting with severe apathy and depression.

bipolarco-occurring disorders
Ready to get started?
We're available 24/7 to answer questions and help you make decisions about starting recovery from drug use.
Your Next StepsDon't gamble on your addiction.