History of the Diagnostic & Statistical Manual of Mental Disorders

This article reviews the history of the DSM from its early conception to its present day use.

The information provided in this article is taken from the book The DSM-5 in Perspective: Philosophical Reflections on the Psychiatric Babel and from the journal articles:

Early Conceptualizations of the DSM

In the 1800s, there was a movement to find successful treatments for individuals who had been filling up mental hospitals in America, Britain, and Continental Europe. The treatment in these hospitals focused on the use of “moral treatment” as opposed to the harsher methods used in medieval asylums.

Kraepelin’s classification system would later become the basis for the modern Diagnostic and Statistical Manual of Mental Disorders series (DSM).

Bringing the DSM to America

In 1840, the term idiocy/insanity was used to describe certain individuals in the census. The government decided that it needed to collect data on the prevalence of mental illness. As time went on, the idiocy/insanity category grew to seven categories that included melancholia, paresis, mania, monomania, dipsomania, dementia, and epilepsy. The expanded categories resulted in confusion regarding mental illness diagnoses and led to issues with uncertainty attempting to formally identify these diagnostic categories.

In 1917, the Statistical Manual for the Use of Institutions for the Insane was created by the Committee on Statistics of the American Medico-Psychological Association (which later became the American Psychiatric Association [APA]) and another organization, the National Commission on Mental Hygiene. These two committees separated forms of mental illness into 22 different groups, and this information was used by the Bureau of Census.

The publication continued to be revised and went through 10 editions up until 1942. This manual is considered to be the predecessor to the first edition of the DSM. It contained very broad categorizations of mental disorders and had very limited use in diagnosing them. In addition, the Freudian model was predominant in psychiatry during this period, and diagnoses represented this influence.

The confusion regarding what to diagnose was enhanced by a number of other different diagnostic systems that were present in the US. There was a real need to develop a classification system that minimized this situation and resulted in agreement in the area of psychiatry as well as the provision of a common diagnostic scheme that could be used nationwide. The APA decided to create a new classification system, and in 1952, the first edition of the DSM (DSM-1) was released.

The second group was subdivided into (1) psychoses: severe conditions, such as schizophrenia and manic depressive disorder, and (2) psychoneuroses, which included personality disorders, depression, and anxiety related conditions.

In an effort to compensate for the deficiencies of the DSM-1, a second edition of the DSM was published in 1968. The DSM-2 was still heavily influenced by Freudian principles even though these principles were losing popularity during this time. DSM-2 had two major modifications.

The number of diagnostic categories was increased to 182, and the descriptions were still not useful in developing a formal diagnosis. They required subjective interpretations of prose-like descriptions of behaviors.

A number of critics had surfaced during the 1960s and 1970s. Many of these, such as psychiatrist Thomas Szasz, brought up serious challenges to the fundamental principle of the DSM that psychiatric conditions were actually real illnesses. In addition, the total lack of clear boundaries between mental health, normal behavior, and illness, and the low reliability of the psychiatric categories in the DSM-2, was criticized almost universally.

The National Institute of Mental Health (NIMH) withdrew research support and insurance providers demonstrated a lack of confidence in the diagnostic scheme. Competition from nonmedical mental health treatment providers also made the conditions for psychiatrists rather tenuous. In addition, the development of more biologically oriented schools of thought and psychiatry, the development of quantitative assessment tools such as rating scales, and the need to decrease the overall treatment time of individuals also led to the need for a new classification system.

The DSM-3 was released in 1980. The number of diagnostic categories increased to 265, and the removal of many psychiatric terms used in earlier editions was replaced by more biologically based terminology. Several disorders were divided into a number of distinct categories (e.g., the old “feeding disturbance” category was replaced by four types of “eating disorders”). A number of diagnoses that contained labels that were obviously Freudian in nature were also renamed; the most common change was using the term disorder in place of the former term neurosis.

Many novel disorders were also included in this edition, including post-traumatic stress disorder, attention deficit disorder, etc. In addition, homosexuality as a disorder was deleted in the DSM-3; it had actually been removed in the seventh printing of the DSM-2 that occurred in 1974, but this edition was the first new one to exclude homosexuality as a category of mental illness.

However, the notion of ego-dystonic homosexuality remained in the manual (defined as individuals who are homosexual and suffer emotional distress because of their sexual orientation). Several other modifications designed to depict the diagnostic categories as mutually exclusive illnesses were also made.

The DSM-3 is considered by many to be the benchmark in the change of focus of the diagnostic system of psychiatry. These changes included a move toward more biologically oriented views of mental illness consistent with a medical approach to diagnoses and a shunning of the Freudian principles that had been predominant in psychiatry up to this point. The subsequent editions of the DSM revisions continue the tradition set by the DSM-3.

In 1987, the APA published a revised edition of the DSM-3 that renamed and reorganized certain categories and made changes in the diagnostic criteria of others. The DSM-3-R contained 292 diagnostic categories and removed a number of controversial diagnoses including ego-dystonic homosexuality. Interestingly, this manual was significantly longer than other manuals (567 pages).

Efforts to make the diagnostic categories purely descriptive, list specific symptoms as opposed to using prose descriptions, and concentrate on the reliability of the diagnoses were continued. A major issue with former editions of the DSM was the reliability of the diagnostic categories. This refers to the ability of different clinicians in different areas giving the same person the same psychiatric diagnosis as a result of using the DSM.

The concentration on diagnostic reliability began with the DSM-3, and it continued in the DSM-3-R. Prior to these editions, it was not uncommon for two different psychiatrists assessing the same individual to give totally different diagnoses. This was a major criticism of earlier editions of the DSM.

By the 1990s, the pattern of the development of the diagnostic categories and their diagnostic criteria had been established. The revision in 1994, the DSM-4 was published, listing 297 different disorders over 886 pages. The other major change from the DSM-3-R was the addition of the descriptive diagnostic term clinical significance. This criterion indicated that the symptoms displayed by the person must result in “clinically significant distress or impairment in social, occupational, or other important areas of functioning” in order for them to receive a specific diagnosis. Other minor changes and diagnoses were deleted or removed.

In 2000, the DSM-4-TR was published. The diagnostic categories in this revision remained essentially the same, and the text sections describing certain aspects of the diagnostic criteria were updated and revised. In addition, the manual used a five-part axial diagnostic system that incorporated several different dimensions of diagnoses, including: 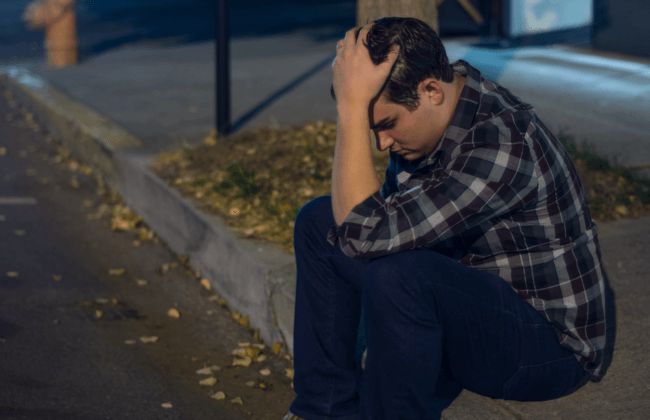 2013, the DSM-5 was released, which had a number of significant changes. For example:

A number of these changes were very controversial, such as the designation of a bereavement disorder.

The use of the axial diagnostic system in the DSM-4-TR was also dropped. The long-awaited revision stirred quite a bit of controversy, and a number of organizations, including the National Institute of Mental Health, vowed to begin research to develop their own diagnostic system for mental illnesses.

General Issues and Problems with the DSM

Entire books have been written critiquing the DSM series. Descriptions of some of the major critiques follow.

How the DSM Is Used Today

Today, the DSM is used by clinicians to diagnose mental disorders consistently and reliably.1 This resource provides a common language and concise criteria that allows clinicians to objectively assess patient symptoms.

Additionally, the DSM is used as a tool and educational resource by students, researchers, and professionals involved in mental health care. It provides a structured method of understanding, communicating about, and diagnosing mental disorders.

Using the DSM in Addiction Treatment for Dual Diagnosis

The DSM is used to diagnose co-occurring disorders, or in other terms, a dual diagnosis. When a patient exhibits symptoms for both a mental health disorder and a substance use disorder, it is termed a co-occurring disorder.2 In those with substance use disorder, it is common to also have a mental health disorder.

By recognizing both disorders, more effective treatment protocols can be enacted. Research shows that an integrated treatment approach that addresses both the substance use disorder and the mental health disorder is the most effective approach.3

DSM: From Diagnosis to Treatment 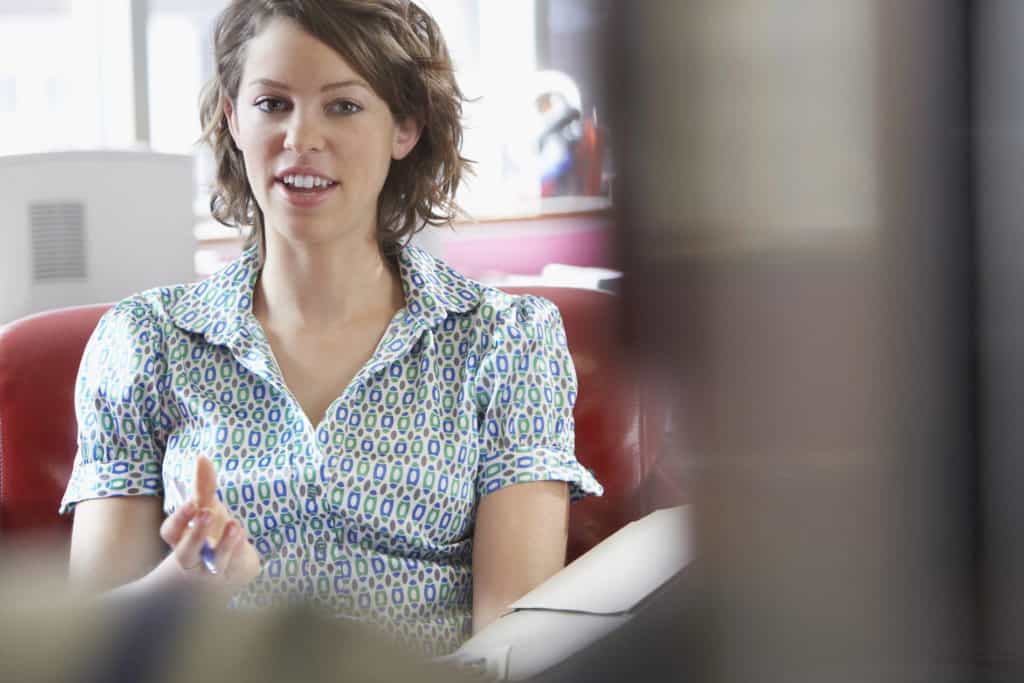 The DSM was developed as a diagnostic manual to classify different forms of mental illness and to provide objective diagnostic criteria used in identifying them in the field.

The DSM has undergone a number of different revisions, and for the most part, the DSM series remains highly criticized despite still being “the only game in town.”

Other organizations, such as the National Institute of Mental Health, have decided to attempt to develop their own diagnostic scheme for mental illness as a result of their dissatisfaction with the DSM; however, any new approach to diagnosing mental illness is most likely far off. Mental health clinicians will continue to use the DSM-5 despite reservations or current concerns.

If you or someone you love is struggling with a co-occurring disorder, help is available at our substance abuse rehab in Las Vegas. Desert Hope Treatment Center offers specialized levels of addiction treatment for those with co-occurring substance use and mental health disorders.

Our premier Nevada rehab is in-network with many insurance providers, which makes paying for rehab with health insurance easy. online by completing our secure form. At Desert Hope, we also offer several other rehab payment options, including financing.

When you’re ready for recovery, we’re here for you. Call one of our admissions navigators to start the rehab admissions process today at .

co-occurring disorders
Prefer getting help via text?
We're available 24/7 via text message. Signup below for access to our team when its convenient for you!
and many more...
Get the Info & Help You NeedWe're open across the US. Learn about your options.