The Potential for Acquiring an Infectious Diseases Due to Drug Use 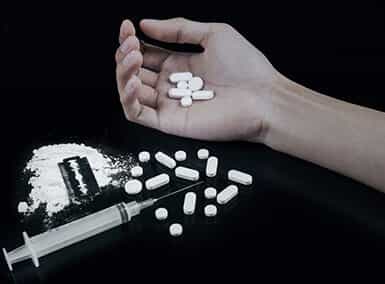 People who suffer addiction to drugs experience an increased risk of contracting an infectious disease for several reasons.

There are many associated health risks with drug use, including increased risk of overdose and damage to organ systems like the heart, lungs, liver, kidneys, or vascular system. In addition, people who suffer from drug addictions are more likely to acquire several kinds of infections, partly due to how the drugs are ingested, and also because the euphoria induced by drugs can lower inhibitions, leading to riskier behaviors.

Medical researchers first noticed an association between infectious diseases and addiction when they studied the behaviors of those struggling with alcoholism. Doctors noticed that these people tended to suffer pneumonia more frequently and more severely than nonalcoholics. Now, medical professionals track outbreaks of infectious diseases alongside increased drug addiction and abuse all over the world.

Any drug abuse that leads to sharing bodily fluids, or spending time in unsanitary conditions, puts the individual at risk of contracting an infectious disease. These diseases are most often viral infections, but they can also be bacterial or fungal. There are many diseases associated with drug use, and the health effects of each disease are only compounded by substance abuse.

In 2020, amidst the COVID-19 pandemic, the National Institute on Drug Abuse issued a warning that the virus may hit drug users especially hard, particularly those that use substances that harm the lungs. This is just one example of the many ways drug use can harm your health indirectly. If your health is suffering and you are unable to stop using alcohol or drugs on your own, we are here for you. Our team is dedicated to helping individuals struggling with addiction to regain their health and happiness and find long-term recovery. Call us to learn more at .

People who are addicted to drugs that must be injected, whether intravenously or intramuscularly, are at a much greater risk of contracting hepatitis C (HCV). Medical researchers have labeled the dramatic increase in HCV among this population an epidemic, because one person with hepatitis C who shares needles with others can infect as many as 20 other people. In 2013, 53 percent of new HCV cases were caused by people sharing needles for injection drugs.

This same population is also at a much higher risk for contracting viral hepatitis B connected to the same risky behaviors that lead to increased risk of hepatitis C. Reportedly, in 2010, as many as 20 percent of people who shared needles to abuse injection drugs had hepatitis B.

Heroin and steroids are the drugs that most commonly involve needles. However, other drugs that individuals snort, smoke, eat, or drink can also lead to hepatitis infections due to risky sexual behaviors caused by lowered inhibitions related to drug use. Drugs that can cause this kind of risky behavior include alcohol, marijuana, cocaine, ecstasy, methamphetamines, and opium.

Both hepatitis B and C can lead to liver problems and failure, including jaundice, liver cancer, and cirrhosis. When the liver becomes chronically inflamed, and damaged to the point that it cannot repair itself, the individual will become less able to metabolize any substances, and eventually suffer other side effects as the liver deteriorates.

For many people, contracting HIV is one of the scariest risks of sexual behavior or drug abuse. Individuals who suffer from addiction to any kind of drug are at a much higher risk of contracting HIV. Any contact that leads to exposure to bodily fluids, such as semen, saliva, and blood, puts the individual at risk for contracting HIV.

Injection drugs like heroin are the typical culprits associated with HIV infection. However, alcohol, marijuana, cocaine, methamphetamines, and other addictive substances that lower inhibitions because of euphoria can lead the person to engage in risky behaviors. Risky behaviors typically involve unprotected sex, but can involve other methods of fluid transmission.

Although people who are addicted to or who abuse injection drugs are at a much higher risk of contracting HIV due to unclean needles, people who are addicted to methamphetamines are also at a higher risk for viral diseases, especially HIV or AIDS. Some recent clinical studies have suggested that methamphetamine actually assists viral replication in the body, which means that viral infections can quickly spiral out of control.

Tuberculosis is a bacterial infection in the lungs that is often contracted in crowded areas with poor sanitary conditions. Individuals who suffer from drug addiction have historically contracted tuberculosis at higher rates than the general population, even prior to the rise of HIV and AIDS associated with intravenous drug use. Typically, tuberculosis is seen as a secondary infection that is allowed to invade the body due to the individual suffering an immune-lowering viral infection such as HIV, but this is not always the case.

In any population that shares drug paraphernalia, individuals are at a higher risk of contracting tuberculosis. This is primarily true for people who use intravenous drugs like heroin or crack cocaine, but it also true of people who share paraphernalia to smoke marijuana or crack. People who suffer from addiction might exist in close proximity to each other, which increases the risk that an infection like tuberculosis will spread.

Individuals who have been addicted to drugs for a long period of time also tend to lose their jobs, and often their homes. Because these individuals are chronically under-employed or unemployed, they are often homeless as well. Living in transient housing, low-income housing, or outdoors increases the chance that these people live in unsanitary conditions, which also increases the risk of disease transmission.

Many people who chronically abuse drugs or suffer from addiction are incarcerated at least once, and jails are breeding grounds for infectious diseases, especially tuberculosis and HIV. Tuberculosis is also associated with easier-to-obtain, lower-cost illegal drugs like meth or heroin, because that is what the person is able to obtain or afford. When income is primarily funneled into addictive behaviors, individuals have much less money for clean shelter and food, which puts them at a higher risk of infection.

Bacterial infections like tuberculosis are also more likely to become severe or chronic. This is in part because individuals suffering from addiction who contract diseases are less likely to visit the doctor and may also have suppressed immune systems due to their substance use.

Because inhibitions, especially involving sexual activity, are lowered when people are high on drugs, they are much more likely to expose themselves to sexually transmitted infections. The most frightening of these is HIV, but other STIs include gonorrhea, chlamydia, syphilis, trichomoniasis, human papilloma virus, herpes simplex I and II, and pelvic inflammatory disease. 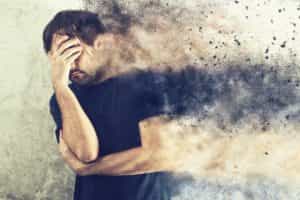 can prey on people who suffer from addiction to drugs. Bacterial and fungal infections can develop at injection sites. Untreated, bacterial infections can become endocarditis, or an infection of the heart, which can cause inflammation and arrhythmia, and eventually cause a heart attack. Here are some of the other infections and diseases that may occur from chronic drug use:

When individuals who have become addicted to a drug, whether it is a prescription medication or an illegal drug, suffers an infection, they are less likely to report this condition to a medical professional. This in combination with the immune suppression of both the drug and the infection can cause the infection to spread rapidly. Many of these individuals end up requiring emergency care for heart, lung, liver, and kidney failure.

Emergency medical professionals will focus on stabilizing patients while they are in the hospital, but after discharge, addiction treatment is needed. Inpatient rehabilitation offers medical supervision to help people who might be weak after overcoming an infection, as well as suffering withdrawal. Comprehensive therapy will address the factors that led to substance abuse and subsequent addiction, helping clients to achieve recovery.