A drug overdose occurs when an individual takes too much of a drug, and the body is unable to metabolize the substance, so the increase in the drug begins to shut down organ systems. Often, slowed or stopped breathing, changes in blood pressure or blood flow, or ruptured vessels lead to a lack of oxygen in the brain. This can change an individual’s behavior, cause the person to pass out, lapse into a coma, or even die.

Can a Person Overdose on Prescription Medications? 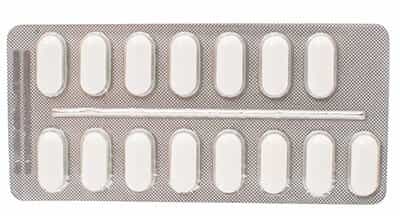 Although many individuals take medications only as prescribed by their doctors, it is possible to become addicted to, abuse, and overdose on prescription medications. Because many medications are widely prescribed to treat pain or psychiatric disorders, Americans have greater access to a wider variety of strong drugs. Sometimes, people have some medication left over after they do not need the drug anymore, and they may take the medication recreationally. In some instances, people who become addicted to a substance also develop a tolerance for it and need stronger prescriptions to feel “normal.”

About 20 percent of the adult population of the United States has self-reported that they have taken prescription medications recreationally, abused the medications, or taken them for a purpose other than as prescribed. Especially when combined with other drugs, particularly alcohol, these prescription drugs can be very dangerous. If individuals take these medications outside of a doctor’s recommendations, or without medical supervision, they are more likely to suffer an overdose.

Accidental prescription drug overdoses do happen. Patients with chronic pain, such as those dealing with cancer or arthritis, are typically prescribed strong, long-acting painkillers like OxyContin. If they inadvertently take too many pills in one day, they can overdose without being addicted to their prescription. Individuals suffering from insomnia may drink alcohol or take other medications that interact with their sleep aid medication, causing them to overdose. Children’s bodies cannot process medications as rapidly as adults, and they cannot metabolize doses as large as adults, so if they accidentally ingest an adult’s prescription, they can overdose. Elderly people with prescription medications, particularly those who have dementia, may accidentally take too much of their prescriptions and suffer an overdose.

Although prescription overdoses have different symptoms based on what type of drug it is, basic psychological and physiological changes can indicate that an individual is beginning to suffer a prescription drug overdose. These changes include:

Any of these symptoms can be a sign of a drug overdose. Immediately call 911 for help, and be sure to stay with the individual until help arrives.

Prescription Drugs That Are Addictive

If an individual struggles with addiction, whether due to childhood trauma, family history, genetic disposition, or another underlying cause, nearly any prescription medication can become addictive. However, there are a few medications that are abused by millions of people in the United States. These medications are very addictive for a wide range of people.

Opioid painkillers are prescription medications that interact with opioid neurotransmitter receptors in the brain to manage pain. Several of these medications are given on a short-term basis for post-surgical pain or other types of pain that go away with time; however, some opioid pain medications, such as OxyContin, are prescribed to individuals who suffer chronic pain from conditions like arthritis or cancer.

Opioid pain medications are highly addictive, and their abuse has led to an “epidemic” of opioid addiction in the US, per NIDA. Prescriptions for these drugs are monitored very carefully in order to discourage addiction, and it is a felony to share prescription painkillers with others. Although these drugs are highly regulated, they are also widely prescribed to treat serious pain, and many people become addicted to them after routine surgeries, like wisdom tooth removal, or after suffering injuries like broken bones or back pain from a car accident or work injury.
Opioid drugs release slowly into the system, so as an individual develops a tolerance for these medications, it becomes very easy for that person to take more than the body can process. When this happens, overdose occurs. In the US, 78 people die daily due to opioid overdose.

Central nervous system depressants are used to treat anxiety conditions and sleep disorders, like insomnia. Many people become addicted to the euphoric and hallucinogenic qualities of these medications when taken in large doses, when the person fails to use the medication as directed, or when the person mixes the medication with other drugs, particularly alcohol.

The most common addictive CNS depressants are:

Many young adults begin to abuse prescription stimulants in high school or college as “performance-enhancing drugs.” Because these medications increase attention, they are often abused as study aids to help students cram for tests or write essays at the last minute. When overused by people who do not have a condition that requires amphetamine medications, they can also create a sensation of euphoria or a “high.” It is also very easy for people to become tolerant of these medications and begin to take more just to feel “normal.” This can lead to amphetamine overdose.
People who become tolerant to or addicted to stimulants can also take too much of the medication in desperation if they miss a dose or feel withdrawal effects like extreme fatigue, confusion, or even psychosis. This behavior can lead to overdose as well.

Emergency medical treatment is needed in the case of prescription drug overdose. Some general treatments given in the emergency room include stomach pumping; administering medications to stop or reverse the overdose (when available); breathing assistance, such as intubation or a ventilator; medications to treat symptoms, such as seizures, heart attacks, or allergic reactions; IV fluids to stop dehydration; CPR or other resuscitation techniques; use of activated charcoal to absorb drugs from the body; and chemical or physical restraints in rare cases when individuals are extremely violent.

Once an individual has been treated for the overdose in emergency care, the person will be released from the hospital. However, treating an overdose does not treat the underlying disorder if the individual is addicted to prescription medications. For those suffering from substance abuse and addiction, comprehensive addiction treatment, often via inpatient rehabilitation, is needed.

overdoseprescription
Prefer getting help via text?
We're available 24/7 via text message. Signup below for access to our team when its convenient for you!
and many more...
✕
Instantly Check Your Insurance Coverage
Your information is safe & secure
At Desert Hope, we accept most types of private (non-government) insurance and offer a variety of payment options.
You can quickly and privately check your insurance benefits to see if you're covered for addiction treatment services. We’ll be able to tell you if your provider is in network with Desert Hope Treatment Center and all American Addiction Centers locations.
This means your treatment may be FREE1 depending on your policy, copay, and deductible.
Your Next StepsRecovery is possible. We're here to help with your addiction.