Codeine is an opioid drug found in numerous medications used for pain relief and cough suppression. As an opioid, codeine is in the same class of drugs as many powerful painkillers (e.g., oxycodone, hydrocodone) and the illegal drug heroin.

Codeine is a controlled substance due to its potential for abuse and dependence. Those who abuse this drug may become physically dependent on it and need it to avoid withdrawal and may in time become addicted to it.

Side Effects of Codeine Abuse 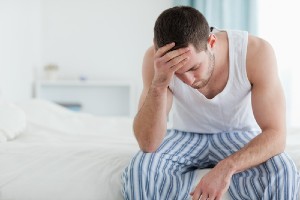 The side effects of codeine include:

Codeine’s side effects will likely worsen if the drug is taken in high doses, abused, or misused with other substances.

The formal diagnosis for an individual who has abused codeine products would be an opioid use disorder, or OUD, per the diagnostic criteria published by the American Psychiatric Association (APA):

Most individuals are not qualified to make a formal diagnosis of an opiate use disorder. Only trained mental health clinicians can make this diagnosis.

Other Signs of Codeine Abuse

You don’t have to make a formal OUD diagnosis to watch for signs that something is wrong. Some other physical and behavioral signs of codeine abuse are:

Becoming dependent on a drug like codeine means needing to take it to feel normal. Once a person becomes dependent on codeine, they will experience withdrawal symptoms when trying to reduce their dose or come off the drug altogether. Physical dependent on opioids like codeine is not uncommon, and the symptoms of codeine withdrawal are not generally considered to be potentially dangerous like the withdrawal syndromes associated with alcohol and sedatives.

How Do You Treat Codeine Addiction? 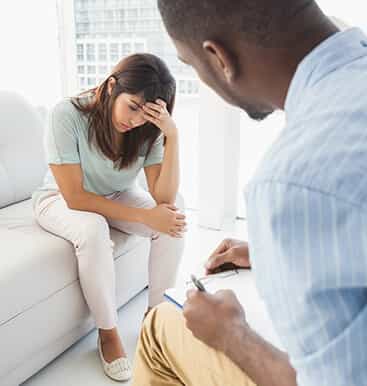 A comprehensive program of recovery for an opioid use disorder as a result of codeine abuse may include many forms of treatment such as:

Desert Hope offers all forms of treatment listed above in a beautiful Las Vegas-based facility. If you’re struggling with opioid addiction, we can help you recover from day 1. We offer medical detox to keep you comfortable and can help you move right from detox into our inpatient facility or one of our outpatient programs. We even offer sober living if you’ve completed treatment and still need support in your recovery.

Success in recovery is strongly related to the amount of time an individual continues their participation in treatment-related activities, such as therapy, social support group participation, volunteer work, etc. The National Institute on Drug Abuse states that longer durations of treatment result in better recovery outcomes.

Prefer getting help via text?
We're available 24/7 via text message. Signup below for access to our team when its convenient for you!
and many more...
✕
Instantly Check Your Insurance Coverage
Your information is safe & secure
At Desert Hope, we accept most types of private (non-government) insurance and offer a variety of payment options.
You can quickly and privately check your insurance benefits to see if you're covered for addiction treatment services. We’ll be able to tell you if your provider is in network with Desert Hope Treatment Center and all American Addiction Centers locations.
This means your treatment may be FREE1 depending on your policy, copay, and deductible.
Your Next StepsRecovery is possible. We're here to help with your addiction.