Over The Counter Drugs That Can Kill You

Many people associate overdose and other health dangers with powerful illicit drugs like cocaine and heroin or misused prescription opioids like oxycodone. However, it’s not just illegal drugs or prescription medications that can harm you. Taking more than the recommended dose of certain over-the-counter medicines can also result in overdose and other adverse effects. Though some types of toxic reactions can be successfully managed in hospitals, OTC overdoses can be severe and life-threatening.1

Here we’ll discuss some of the ways that taking an excessive amount of an OTC medication, or taking it in combination with certain other substances, can harm or kill you.

Are Over-the-Counter Drugs Ever Abused? 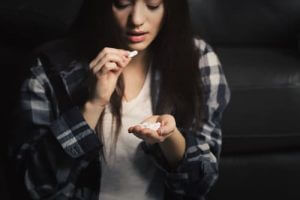 It’s easy and common for people to assume that because a drug is available in the store without a prescription that it is 100% safe. However, there has been increasing awareness of the abuse of certain over-the-counter drugs. Even drugs that are not abused recreationally can have serious repercussions if misused. 2

Abusing any drug, prescription or otherwise, can lead to numerous problems, including both physical and psychological issues, and certain drugs—even OTC—may be associated with some addiction risk when abused, such as DXM.1,2

Can You Overdose on Over-the-Counter Drugs? 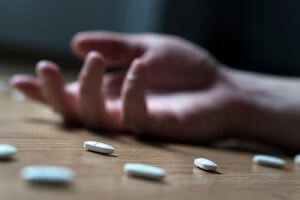 While rare, people do overdose (accidentally and intentionally) on common over-the-counter medications like Tylenol (acetaminophen), Advil (ibuprofen), and cough/cold medicines.1,3 People may take excessive amounts of what they assume to be safe drugs like Tylenol, not knowing that taking too much can result in very serious overdose effects.4,5 Sadly, some may use these drugs with the intention of harming themselves, for instance young people who have little or no access to other drugs. According to The Journal of Adolescent Health, acetaminophen and ibuprofen are the 2 most commonly ingested medications in adolescent suicide attempts via overdose.3

Some over-the-counter medicines have intoxicating effects when misused, and those seeking the high from these medications—often by taking much higher than recommended doses—may be at risk of accidentally overdosing. This is true of cough and cold medications containing dextromethorphan, or DXM—a cough suppressant and dissociative drug that can cause euphoria, a feeling of detachment from oneself, and hallucinations.6 People have consumed excessive amounts of DXM-containing cough syrup, for example Robitussin DM, in an attempt to get high. In fact, the abuse of DXM-containing medicines results in more than 6,000 ER visits every year in the United States.7

While over-the-counter medications are generally safe when used as directed, using them other ways can be as harmful, in some cases, as abusing prescription or illegal drugs. Below, we’ve listed several common OTC medicines that are potentially dangerous when misused.

Taking too much acetaminophen (the active ingredient in Tylenol) can be very risky, especially for those with liver disease. While it may be safe when used as directed, recommendations caution against more than 4,000 mg per day for healthy adults because of the risk of severe liver damage with higher doses. Extra caution may be needed in people with hepatic or renal insufficiency.

Because acetaminophen is often in other medicines, it may be somewhat easy to overdose on this ingredient if you’re taking several medicines at once and not paying close attention to the formula.4

The combination of too much acetaminophen with alcohol can be especially harmful, as drinking decreases the threshold for sustaining liver damage.8

Though occasional or intermittent use may be safe, taking NSAIDs regularly can increase the risk of certain side effects such as gastrointestinal bleeding. This bleeding is increased for those who:9

Those who drink alcohol may also be more likely to develop stomach-related problems when using NSDAIDs.9

Taking all NSAIDs other than aspirin can also increase your risk of having a heart attack or stroke. The risk of adverse cardiovascular events such as these is higher in individuals who have a history of these kinds of events. For example, someone who has already had a heart attack is vulnerable to having another one and dying if they are treated with any NSAID other than aspirin. 9

Similar to acetaminophen, NSAIDs are found in many multi-ingredient medicines, which can increase the likelihood of unwittingly overdosing. Overdose may result in symptoms such as stomach bleeding, nausea, vomiting, dizziness, and convulsions. With treatment, recovery is likely in most cases of overdose.10

Antihistamines like Benadryl can cause significant drowsiness. The most common danger from this comes from people using it when performing tasks that can be dangerous when drowsy, such as while operating heavy machinery, including a car. Combing antihistamines with alcohol or sedatives can significantly increase the level of drowsiness experienced.11

An overdose on diphenhydramine, the active ingredient in Benadryl, may cause:12

Immediate treatment for overdose on antihistamines can be life-saving. Those who survive the first 24 hours are very likely to recover.12

Dextromethorphan is found in over-the-counter cough and cold medicines like Robitussin, Nyquil and Dayquil, Theraflu, Tylenol Cold, and more. 13 At recommended doses, it may be used safely and effectively.  Although currently still available for over-the-counter purchase, DXM has unfortunately become a drug of abuse.1,7 Intentional misuse at high doses can result in psychotic symptoms including paranoia, delusions, and hallucinations.14

DXM overdose is possible and can be a medical emergency.13 Drinking alcohol while taking a medicine with DXM can exacerbate symptoms such as drowsiness and further increase the risk of DXM overdose.15 Dextromethorphan overdose symptoms include:13

If you suspect someone has overdosed on DXM, call for emergency help right away. Survival is more likely with immediate treatment.13

Laxatives are available over-the-counter but may be abused for a variety of reasons, including for weight loss by those suffering from eating disorders. Studies have suggested that as many as 32% of those with anorexia and 75% of those with bulimia may abuse laxatives.16 Excessive laxative use may result in serious health issues including:16

Though some might not think twice about drinking alcohol while taking an OTC medication, mixing certain OTC medicines with alcohol can be very dangerous.15 We’ve already discussed some of the ways that alcohol can increase the negative side effects and overdose potential of certain medications like DXM-containing cough medicines, acetaminophen, and antihistamines. Other combinations that can be dangerous include the following:15

Mixing many drugs with alcohol increases the risk of dangerous or harmful side effects. This is true for over-the-counter medications as well as prescription medicines. The best way to prevent an overdose of an over-the-counter medication is to read the directions and warning labels carefully. If you suspect an overdose, contact emergency medical services immediately. 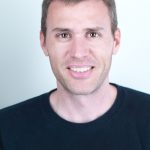 overdose
Prefer getting help via text?
We're available 24/7 via text message. Signup below for access to our team when its convenient for you!
and many more...
Your Next StepsRecovery is possible. We're here to help with your addiction.