Recognizing Signs of Cocaine Use and Addiction

Cocaine is a powerfully addictive stimulant that is purified from coca leaves. The first known use of cocaine dates back to 3,000 BCE when the ancient Incas of the Andes reportedly chewed coca leaves to improve their heart function in their high-altitude habitat. Almost 5,000 years later, in 1859, the German chemist Albert Niemann successfully isolated cocaine from coca leaves and made it medically usable. 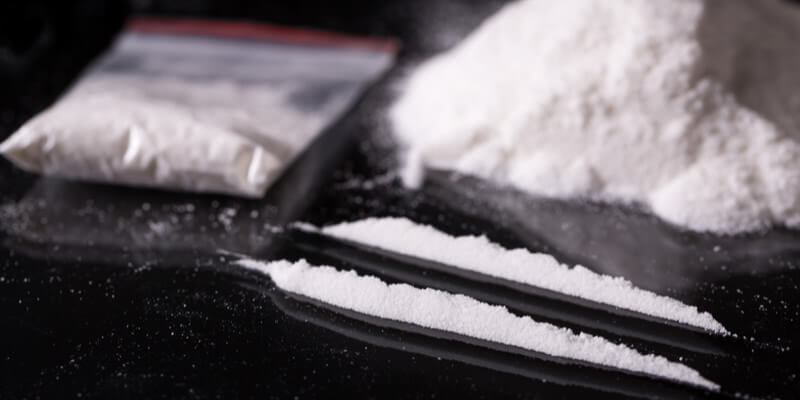 In the 1880s, cocaine became a popular pain reliever and anesthetic. Today, street cocaine is illicit and classified as a Schedule II drug under the Controlled Substances Act. Cocaine is still manufactured pharmaceutically as an anesthetic for use strictly in medical facilities.

Worried about your cocaine use? Take our free and confidential addiction assessment today.

Common Signs of Cocaine Use

Typically, individuals who abuse cocaine either snort or inject this illicit drug. The routes of administration directly relate to the signs of cocaine use that may be observed. As the National Institute on Drug Abuse notes, a person who snorts cocaine is susceptible to nosebleeds, a diminished sense of smell, and may appear to have a constant runny nose but no other cold symptoms. In some people, nose cartilage may be damaged.

Cocaine is considered a short-acting drug (hence, to maintain a high, individuals may repeatedly consume it in a contained time period, such as throughout an evening at a party). The effects of cocaine typically last 30 minutes to two hours, but injecting cocaine can lead to a shorter, more intense high.

Individuals who are experiencing a cocaine high may exhibit a host of physical signs, including:

In addition to physical health-related signs, a person who is abusing cocaine may exhibit behavioral signs of abuse.

According to Mayo Clinic, the following are some of the most common signs of substance abuse:

As cocaine has a high addiction profile, a person who regularly uses this drug is likely to manifest several visible signs. Witnessing signs of cocaine abuse can help motivate a concerned person to take the next appropriate step, whether that means having an informal conversation with the affected individual, staging an intervention, getting help from a trusted doctor or therapist, or reaching out to a rehab center for guidance and treatment.

In some instances, concerned persons may not become aware of cocaine abuse until the individual who has been using this drug is in the withdrawal phase. Withdrawal symptoms arise when a person becomes physically dependent on cocaine and then stops using this stimulant or significantly reduces the familiar amount taken. According to research, symptoms are typically most acute in weeks 1-10 of withdrawal. By the 13th week, the symptoms have likely subsided to a point where they are manageable or at least not too unpleasant.

The following are some of the withdrawal symptoms associated with cocaine:

Signs Related to Specific Methods of Use

Cocaine is a very versatile drug that can be used in a variety of different ways, including snorting, injecting, and smoking. Most users pick one method in which to use this drug, and they stick with this method throughout their drug-use career. That could be a bonus for families, as the ways in which a person uses and abuses cocaine can lead to signs the family can see, smell, or hear. There are no lab tests involved with spotting the abuse. It will be there for families to observe, should they choose to do so.

How To Tell If Someone Is Sniffing Coke

People who snort cocaine pull the drug into their noses, allowing the substance to come into direct contact with the sensitive and blood-filled tissues that line the nasal passages and sinuses. Since cocaine constricts blood flow, that intense snorting can lead to a great deal of damage to nasal tissues. As the National Institute on Drug Abuse notes, a person who snorts cocaine is susceptible to:

Someone like this might complain of symptoms, or the person might experience these symptoms in a very visible way by sniffing, snorting, or bleeding while in the company of the family.

How To Tell If Someone Is Injecting Cocaine

Cocaine is considered a short-acting drug (hence, to maintain a high, individuals may repeatedly consume it in a contained time period, such as throughout an evening at a party). The effects of cocaine typically last 30 minutes to two hours, but injecting cocaine can lead to a shorter, more intense high.

People who inject cocaine mix the drug with a liquid, such as alcohol or water, and they pull that mixture into a needle that can be pushed into a vein or artery. Each injection is a wound that leaves a tiny dot of damage behind. An individual who injects cocaine will have needle marks on their arms or wherever else they shoot this drug. When intravenous drug use is chronic, needle marks are not usually localized to arms but may appear all over the body. As veins collapse, or are otherwise damaged, intravenous drug users seek out injection points all over the body.

People who inject cocaine are often in a hurry to get the drug into the body as quickly as possible, and sometimes, they push through the blood vessel and into tissues on either side of that vessel. As the organization Harm Reduction Works points out, when the vein is missed, the needle enters a warm, moist, dark space that is perfect for bacteria growth. As a result, people who inject drugs often have nasty pockets of dead skin near the spots where they inject drugs. Those can be painful, and at times, they can cause intense swelling.

How To Tell If Someone Is Smoking Crack Cocaine

A smokable, crystalline form of cocaine is available. This so-called crack cocaine is often much less expensive than powdered cocaine, which makes this a habit people might be able to sustain for long periods without financial distress. That might explain why, in a study in the journal Addiction, researchers found that 63.3 percent of people who use crack kept using it throughout the entirety of a 10-year study with no breaks. It is easy to buy and use, and, unfortunately, it comes with few visible symptoms.

Crack cocaine is made by mixing pure cocaine with a number of dangerous chemicals. As a result, the crack people smoke is noxious and unhealthy for the lungs. People who smoke it might hack and cough much of the time, and they may even cough up bits of dead lung tissue.

Smoking crack also produces a signature smell of chemicals and sweetness. That smell might linger on the person’s breath or clothing. The room in which the person smokes might also smell like crack.

Tools a person might have in order to smoke crack include glass pipes, lighters, filters, and spoons. Since crack is inexpensive, the person might also have a stash of crack in a pocket or in a room, just waiting for use.

If you or someone you love is struggling with addiction and are ready to take the first steps towards recovery, call us today at . Desert Hope, American Addiction Centers’ cocaine addiction treatment center in Las Vegas, is ready to help you get the treatment you need today.

cocainesubstance abuse symptoms
Prefer getting help via text?
We're available 24/7 via text message. Signup below for access to our team when its convenient for you!
and many more...
✕
Instantly Check Your Insurance Coverage
Your information is safe & secure
At Desert Hope, we accept most types of private (non-government) insurance and offer a variety of payment options.
You can quickly and privately check your insurance benefits to see if you're covered for addiction treatment services. We’ll be able to tell you if your provider is in network with Desert Hope Treatment Center and all American Addiction Centers locations.
This means your treatment may be FREE1 depending on your policy, copay, and deductible.
Your Next StepsDon't gamble on your addiction.