The Dangers and Effects of Snorting Heroin

Heroin is not only extremely addictive, but it is also incredibly dangerous.1 While some people may assume that avoiding injection use and only snorting heroin is safe, there is no safe way to use this illegal opioid.1,2

Any use of heroin, including snorting, may result in a life-threatening heroin overdose, the primary signs of which include:3

Other risks of snorting heroin include dependence, addiction, and numerous health problems.4 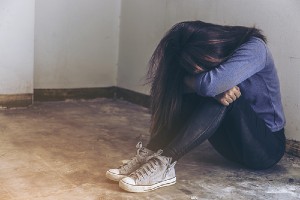 Snorting heroin will produce a very rapid high (euphoria) with effects that include:4

Snorting heroin may lead to a number of troubling long-term effects, including:5,6

Other long-term effects of heroin that may occur with any method of use include:4,7

Snorting vs. Injecting Heroin: Which Is Worse?

New heroin users who are put off by or scared of injection use sometimes begin using heroin by snorting the drug.1,2 However, even snorting heroin has risks, including the risks of addiction, infection, and life-threatening overdose.7,8

It is true that injecting heroin or any other illicit drug, for that matter, does have some very serious unique risks, including:7

Also, arguably one of the most frightening risks of injection use, HIV and other infectious disease transmission, while lower, is still a risk for intranasal users. Heroin use decreases inhibition and impairs judgment, often resulting in risky sexual behaviors (such as unprotected sex), which increases a person’s risk for getting HIV or other infectious diseases.4,11

Snorting heroin may somewhat decrease the likelihood of experiencing a fatal heroin overdose; however, it does not eliminate the risk. Opioid overdoses have been growing significantly since the appearance of fentanyl and its analogues into the heroin market across the United States.12 It is not possible to detect fentanyl in heroin by smelling, tasting, or looking at the heroin powder, and heroin users may snort fentanyl-laced powder without realizing it.13 Unfortunately, it takes an extremely small amount of fentanyl to cause overdose and death,13 and with the ever-growing amount of this synthetic opioid in heroin all across the country,12 users put themselves at risk of overdose every time they snort heroin.

If you are snorting heroin and you need help, we’re here to help you turn your life around. Call us now for help at . Our treatment options include everything from medical detox to help you withdraw from heroin safely to inpatient rehab to several forms of outpatient treatment. We will help you find the path to recovery that works for you at our Las Vegas treatment center.

heroiningestionopiatesnorting
Prefer getting help via text?
We're available 24/7 via text message. Signup below for access to our team when its convenient for you!
and many more...
Your Next StepsDon't gamble on your addiction.