Behavioral activation treatment is a behaviorally based treatment for depression that proposes that the internal factors often associated with the treatment of depression in such therapies as Cognitive Behavioral Therapy are not as important as the context or environmental conditions that foster depression.

What Is Behavioral Activation? 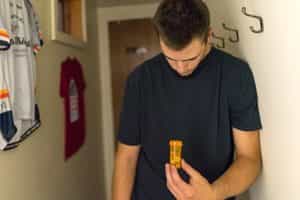 Behavioral activation is a behaviorally focused approach that seeks to understand environmental sources that contribute to an individual’s depression. The basic approach is to have individuals who suffer from depression engage in positive and reinforcing activities as a means to treat their depression. The approach is basically half of the overall cognitive-behavioral approach to depression, such that the intense cognitive component is ignored and instead the behavioral component of the treatment is emphasized.

The behavioral analytic theory of depression was proposed in the early 1970s as an alternative to Freudian-based models of depression that were very prominent at the time. Behavioral activation treatment of depression was developed in the 1970s, and its main focus was to increase pleasant activities for individuals diagnosed with depression as opposed to having them focus on their beliefs, feelings, and other cognitive issues. However, the Cognitive Behavioral Therapy (CBT) approach became much more prominent in the late 1970s as originally publicized by high-level practitioners, such as Albert Ellis and Aaron Beck.

Despite the emphasis that is given to CBT, there are a number of research studies finding no differences in treatment outcomes between treatment with cognitive therapy, CBT, and behavioral activation. All of these techniques have been found very effective in treating clinical depression. These findings are consistent even in very stringent research methodologies such as meta-analysis. Meta-analysis is a statistical technique that combines the results of many different similar studies to determine if there is an overall treatment effect for a specific intervention. Meta-analytic research is considered to be more reliable and valid than the results of single studies. Meta-analytic studies have indicated that behavioral activation is a viable treatment for depression.

How Does Behavioral Activation Work? 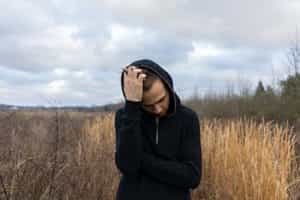 The goal of behavioral activation is to gradually assist these people in decreasing their movement toward isolation and avoidance, and to get them to become more active and perform activities that are known to enhance mood. Often, these are activities that the individual enjoyed before they became depressed. The activities vary from person to person and may include very simple activities, such as engaging in personal hygiene, showering, doing household chores, engaging in forms of exercise, taking classes, going out to dinner, or anything that the individual finds personally rewarding.

Once there is a full assessment and understanding of the individual’s condition, the behavioral activation program is implemented. There are a number of different models that can be used. In one model, patients are asked to create a list of positive activities from the easiest to most difficult to perform. The patient then begins to perform the easiest activities in an effort to deal with their depression, and they move up the hierarchy to the more difficult activities systematically. Performing more difficult but rewarding activities encourages the patient and helps relieve their depression. The patient’s progress is monitored throughout the process. Patients are seen multiple times per week by a therapist for short periods to monitor progress, check that they are engaging in the positive behaviors, and answer any questions or provide any encouragement. Over time, the individual’s depression is significantly reduced as a result of engaging in positively reinforcing activities.

The acronym ACTION is often used to describe the general process associated with behavioral activation:

In some cases, certain concrete goals are set, and the patients can collect tokens as they reach their goals. The tokens can be exchanged for certain types of rewards; in behavioral psychology, this process is often referred to as a token economy. The specific rewards/reinforcers will vary from individual to individual. Over time, individuals engaging in the behaviors experience a reduction in their depression.

Any number of complications can occur in individuals with depression. Therefore, only licensed and trained therapists should use the technique. In addition, there are some caveats to using BA, outlined below.

Thus, despite the relative simplicity of the paradigm, it is in fact a very complicated and difficult paradigm to implement effectively. In many instances, depression is accompanied by other mental health conditions that also need to be addressed. Any individual who wishes to seek treatment for depression should consult with a licensed professional mental health provider.