A Guide to Antidepressant Medications

There are several types of antidepressant medication, but they all generally work by affecting neurotransmitters like serotonin and dopamine, which communicate between neurons in the brain.

Antidepressants work on different neurotransmitters in different ways, and are not fully understood yet. Consequently, people dealing with depression may be prescribed many types of antidepressants, or different doses of these medications, to find the right type and dose that works best.

There are a few basic types of antidepressants, such as:


Some medical research suggests that between 50 and 80 percent of individuals taking Paxil who stop taking the medication suffer withdrawal symptoms. Although antidepressant medications are not considered addictive, the prevalence of withdrawal symptoms in people prescribed these medications raises serious questions about whether or not they should be relabeled as potentially addictive. 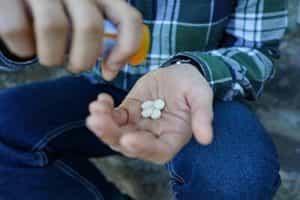 Individuals who are undergoing withdrawal from other drugs like opioids or amphetamines may be prescribed antidepressants in order to stabilize moods during the detox process. There is growing concern that, if these medications are prescribed in too high a dose or too soon after the person decides to stop taking other addictive substances, the individual will grow dependent on antidepressant medications. While this is still not called an addiction outright, dependence on any medication after suffering a drug or alcohol addiction can be harmful.

Treatment for Antidepressant Abuse or Addiction

People undergoing antidepressant withdrawal can seek help from medical professionals. If they have a prescription through a psychiatrist or other doctor, they should work with their doctor to wean off the medication. If they are not using antidepressants as prescribed, they should consider seeking help from substance abuse rehabilitation facilities.

Antidepressants work on different neurotransmitters in different ways, and are not fully understood yet. Consequently, people dealing with depression may be prescribed many types of antidepressants, or different doses of these medications, to find the right type and dose that works best.