What Is Paroxetine (Paxil, Pexeva, Brisdelle)? 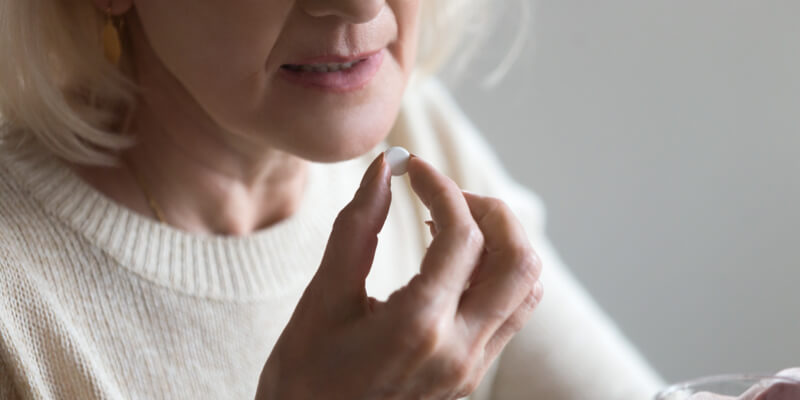 Like other SSRIs, paroxetine controls the amount of serotonin in the brain. Serotonin is a neurotransmitter closely associated with mood; when the brain does not produce enough serotonin, or neurons reabsorb it too quickly, neurons are not as able to communicate with each other. When this happens, the person can experience reduced physical energy, depression, low mood, and other symptoms. By preventing binding sites from absorbing the neurotransmitter too quickly, SSRIs allow serotonin to increase communication between neurons. This improves mood and increases energy in the person taking the medication.

Paroxetine can be found in multiple forms, including
tablets, capsules, and liquid suspensions
All of these are taken orally, once per day.

Paroxetine may take a few weeks to fully work on serotonin levels; it is important for a person taking this medication, especially in treating mood disorders, to be patient and take their medication regularly, as prescribed. However, if the drug still doesn’t work after one month or more, it’s important to consult with a doctor about dosage or switching medications.

The drug’s half-life is 21 hours, so it lasts for a long time in the body before being completely eliminated. Taking this medication once per day helps to maintain active levels of the drug in the body without many side effects.

Paroxetine should alleviate major symptoms of mood disorders, especially depression or anxiety. The medication is also intended to alleviate similar symptoms associated with other psychological conditions, particularly OCD and PTSD. Paroxetine can also alleviate some of the discomfort associated with PMDD or menopause, which may indicate the drug can influence hormones or mood related to hormonal fluctuations.

If taken at an appropriate dose, paroxetine should not cause many side effects, and they should not be too disturbing to the quality of a person’s life. However, if a person is on too high a dose of paroxetine, the medication builds up in their system, or the drug does not work as well for them, they are more likely to experience side effects.

Some of these side effects include:

Some side effects can be serious, and it is important to get emergency medical help if these appear:

People who have undiagnosed bipolar disorder may experience manic episodes if taking paroxetine to treat depression.

There are no long-term problems associated with paroxetine, although taking the medication can increase the risk of bone fractures or reduce sodium levels in the blood. This may exacerbate some existing medical conditions.

People younger than 24 years old who take paroxetine are at an increased risk of developing suicidal thoughts or actions. It is important to speak with a medical professional if these occur while taking the medication.

Like other SSRIs, paroxetine may lead to physical dependence and tolerance, meaning the body becomes used to the presence of the drug and requires it to adjust brain chemistry. While these conditions are associated with addiction, they often occur without addiction (the compulsion to ingest substances for nonmedical reasons or to induce a high), especially with potent prescription medications.

Paroxetine is not addictive, but it can lead to tolerance and dependence. These conditions are more likely to cause withdrawal symptoms, especially if the person stops taking paroxetine suddenly. This condition is referred to as antidepressant discontinuation syndrome, but it is similar to withdrawal. If a person has a paroxetine prescription and wants to stop the medication, it is important for the individual to work with their prescribing physician to slowly taper the dose of the medication until the body no longer needs it. This helps to avoid withdrawal symptoms like:

When taken as directed, it is difficult to overdose on paroxetine. However, if a person takes too much paroxetine or combines this medication with other antidepressants (especially tricyclic or MAO inhibitors), they may suffer an overdose called serotonin syndrome. Symptoms include:

If paroxetine does not work to treat symptoms, another SSRI may work better; however, this depends on which condition paroxetine has been prescribed to treat. Depression and anxiety are most effectively treated with paroxetine in the long-term, but this may not be true for other conditions.

People with OCD who take paroxetine and see no benefit may work with their doctor to switch to a different SSRI, or they may try Anafranil (clomipramine), a medication that specifically treats OCD. PTSD symptoms are also best treated with an SSRI, so if paroxetine does not work, switching to a different SSRI may work better. PMDD has few medical treatments aside from SSRIs, although lifestyle changes like increased exercise and a healthier diet may help some women avoid intense symptoms. Women who want treatment for symptoms of menopause, including hot flashes, may be better served by a hormonal therapy; however, these medications can cause other side effects that could be disruptive to life.

Paroxetine does not lead to addiction on its own, but it is also not widely used in treating addiction directly. People who struggle with co-occurring disorders, however, may benefit from small doses of paroxetine to stabilize their mood while they are in a rehabilitation program. If their mental health led to their addiction, then stabilizing mood could be a long-term issue, and paroxetine could be a large part of that treatment.

However, paroxetine should not be used to treat mood disorders, OCD, or PTSD alone. Psychiatric medications should always be used in combination with therapy to help the person understand their condition and learn coping mechanisms. Therapy is also a large part of rehabilitation programs, so this treatment can begin when a person is working to overcome their addiction.