What Is Fluvoxamine (Luvox)?

Fluvoxamine is the generic name for a selective serotonin reuptake inhibitor (SSRI), sold most often under the brand name Luvox.

Although fluvoxamine is a drug in the same class as several antidepressants, like Celexa (citalopram), this medication is prescribed primarily to treat obsessive-compulsive disorder (OCD) and social anxiety disorder (SAD). It is sometimes prescribed to treat depression, panic disorders, and eating disorders like bulimia. Fluvoxamine may be prescribed off label to treat irritable bowel syndrome (IBS), post-traumatic stress disorder (PTSD), generalized anxiety disorder, or agoraphobia.

How Does Fluvoxamine Treat Mental Health? 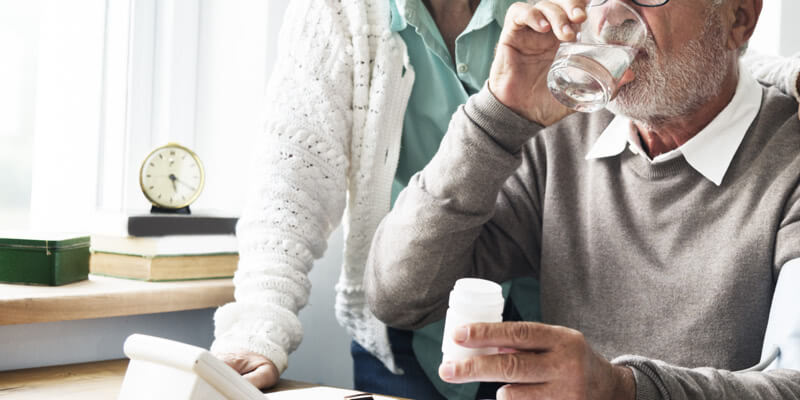 SSRIs like fluvoxamine inhibit the ability of receptors to rapidly reabsorb serotonin, allowing the neurotransmitter to affect communication between neurons for longer. Serotonin is associated with mood changes, and when the brain lacks the neurotransmitter, the person can suffer low moods associated with depression or struggle with other issues such as anxiety. By increasing serotonin’s lifespan and increasing the ability of neurons to communicate for longer, SSRI antidepressants improve mood and energy.

Like other SSRI antidepressants, fluvoxamine does not take full effect immediately; instead, it can take several weeks for the drug to fully effect serotonin levels in the brain, so a person taking this prescription must be patient.

The most common form of fluvoxamine is an extended-release tablet, which is taken orally either once or twice per day, depending on how high the individual’s dose needs to be to receive a benefit from their medication. It is important for any person with a fluvoxamine prescription not to take more than 300 mg of this medication per day, as doing so can cause overdose. Capsules can also be found; doses for tablets are 25 mg, 50 mg, and 100 mg, while capsules come in 100 mg and 150 mg forms.

Dosing depends on the condition fluvoxamine is prescribed to treat, but doses can range from 50 mg per day to no more than 300 mg per day. People taking this medication to treat OCD, for example, start at 100 mg once per day, then work with their therapist to adjust the dose as needed.

When a person receives a prescription for fluvoxamine, the intention is for the medication to be part of the larger treatment plan to overcome a mental health condition, like OCD, an eating disorder, an addiction, or a mood disorder. A full treatment plan for any mental health condition includes working with a therapist on long-term understanding of the issue. Medications like fluvoxamine could be taken for years, as long as they continue to treat symptoms; however, relief from symptoms is supposed to help the person understand their mental health with the help of a therapist. Medication alone is not a treatment for mental health problems.

There is some indication that fluvoxamine can aid in treating addictions, including alcohol use disorder or narcotics abuse. The SSRI may also be a good treatment for compulsive disorders like compulsive buying. However, the medication may work in this way because there is an underlying mood disorder or OCD leading to substance abuse or compulsion.

Side effects associated with fluvoxamine include:

Fluvoxamine may cause an allergic reaction in some people, so if the drug produces hives, rash, trouble breathing, uncontrollable shaking, or unusual bleeding, then it is important to contact 911 immediately.

SSRIs like fluvoxamine may also cause suicidal ideation, especially in people under the age of 24. While this is a paradoxical effect, as the medication should improve mood, in some young people, the medication can lead to increased morbid thoughts, thoughts about death and dying, thinking about one’s own death, or planning one’s death. It is important to speak with a doctor if these thoughts or obsessions occur, as this indicates that the dose should be adjusted or the person should switch medications.

There is a small concern about aggression and SSRIs like fluvoxamine. TIME Magazine published a blog noting that fluvoxamine was among the top 10 legal prescription medications associated with an increased risk of violence and aggression. One of the shooters in the Columbine High School massacre in 1999 was taking fluvoxamine.

Long-Term Use of Fluvoxamine

While a person taking fluvoxamine may develop a dependence on the medication, as well as a tolerance to the drug, there are no other recorded long-term effects associated with the drug. People who have heart problems, liver damage, or kidney disease should consult their doctor before taking the medication, as fluvoxamine may make these conditions worse when prescribed at average levels.

Fluvoxamine is not believed to be addictive, in part because it has no immediate euphoric effects on the brain, unlike other psychiatric medications such as benzodiazepines. Although people who struggle with substance abuse disorders may attempt to abuse prescription medications like fluvoxamine, there is no indication that the risk of addiction and abuse is high.

While Luvox and other fluvoxamine medications are not believed to be addictive, the medication does adjust brain chemistry, and the body typically develops dependence on it over time. Physical dependence occurs when the brain requires the presence of a substance to stimulate production or uptake of chemicals like neurotransmitters. When a person is dependent on a substance, then suddenly stops taking it, they can experience withdrawal symptoms.

Dependence can be associated with addiction. For example, people who become addicted to opioids or alcohol also develop physical dependence on the drug. However, it is not the only indication of addiction, and dependence can occur when a person takes medication as prescribed but is not addicted to the substance.

Withdrawal symptoms for fluvoxamine include:

If a person takes fluvoxamine as prescribed but wants to stop taking it, the individual should discuss this change in medication with their doctor or therapist. The medical professional will devise a tapering regimen to help their patient gradually end their physical dependence on the medication, which helps to avoid the most intense withdrawal symptoms.

It is difficult to overdose on SSRI medications like fluvoxamine because the drugs do not lend themselves to abuse or addiction. However, if a person is taking other antidepressant medications, including other SSRI drugs, MAO inhibitors, or tricyclic antidepressants, the combination of medications could cause serious side effects, and an overdose effect known as serotonin syndrome. When a person takes large doses of drugs that interact with serotonin, it can lead to too much of the neurotransmitter accumulating in the brain. Symptoms of serotonin syndrome include:

If fluvoxamine does not work to treat a specific condition, there may be other medical alternatives. For example, there are many other SSRI medications available, and one of those may work better to moderate mood or other issues.

Not all SSRIs are good for treating OCD. Although fluvoxamine is among those that work well, other SSRIs that are successful at treating symptoms of OCD include Zoloft, Prozac, Effexor, Celexa, and Lexapro. Additionally, Anafranil (clomipramine) has been studied thoroughly and is often prescribed to treat OCD. This medication is specifically designed to treat compulsive disorders.

Antidepressants, including SSRIs, tricyclic antidepressants, and some MAO inhibitors, are currently considered the best long-term medical treatment for anxiety and panic disorders. However, people who have acute anxiety, including sudden panic attacks, may instead choose to take benzodiazepines like Klonopin or Xanax as needed or for a short time. It is important not to take benzodiazepines regularly for more than two weeks, as these substances quickly lead to physical dependence and potential addiction; however, for very short-term treatment of serious anxiety symptoms, they work well.

This antidepressant may be used as part of a larger treatment plan to address a mental health condition associated with addiction. When an addiction and mental health problem occur together, they are called co-occurring disorders. People who struggle with one disorder are more likely to struggle with the other: for example, people who suffer anxiety may attempt to self-medicate with CNS depressants like alcohol, or alcohol use disorder could contribute to a mood disorder. It is important for both conditions to be treated simultaneously during rehabilitation.

As the link between addiction and mental health is better understood, rehabilitation programs are better able to treat these conditions. Treatment may include prescription medications like fluvoxamine, which help stabilize mood. Medications should always be used in conjunction with therapy. Call us today at to learn more about rehab treatment in Las Vegas at Desert Hope.