Dangers of Mephedrone Use 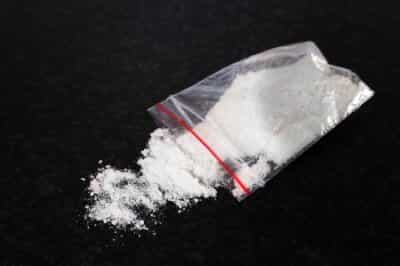 Mephedrone (4-methylmethcathinone or 4-methylephedrone) is a drug that is similar in its chemical composition to cathinones, particularly khat, a stimulant substance that is found in the leaves and shoots of the plant Cathulla edullisin Africa. Mephedrone is typically taken orally in the form of tablets, or snorted or injected as a powder. It produces effects that are similar to those produced by stimulants, such as amphetamines, cocaine, and MDMA (ecstasy). In addition to stimulant effects, the drug has been labeled an entactogenic stimulant that produces feelings of enhanced sociability, empathy, and gregariousness. Mephedrone should not be confused with methadone, which is a drug in the class of opiate drugs and an entirely different substance.

Street names for mephedrone include MCAT, meow-meow, M-smack, meph, drone, and bubbles. The substance is categorized as a Schedule I controlled substance by the DEA, designating that it has no accepted medicinal uses in the US and is a significant drug of abuse, which can result in the development of physical dependence.

The substance was first synthesized in 1929, but did not become widely used until the early 2000s (most likely around 2003). Around 2007, it had become available for sale on the Internet, and law enforcement agencies had become aware of its presence.

The drug is often categorized with several other drugs that are collectively known as bath salts. The National Institute on Drug Abuse(NIDA) reports that these are designer drugs that can be synthetically produced in private laboratories. Bath salts may be found under the street names flakka, vanilla sky, white dove, white lightning, and many others. These substances are generally produced overseas in India and China, and there is no regulation regarding their manufacture, making them very dangerous to use.

According to the DEA, mephedrone is most popular with young male individuals who live in urban environments; however, it is abused by women and older adults as well.

The Effects of Mephedrone

There are several research sources that document the effects of using mephedrone and similar substances. The effects include:

Long-term use of mephedrone may be associated with an increased potential to develop severe cardiovascular issues, such as stroke or heart attack, or severe neurological issues, such as seizures or swelling in the brain. Individuals may also develop significant cognitive issues that reflect neurological damage, such as issues with attention, memory, and problem-solving.

The use of mephedrone may often occur in context with the use of other drugs, such as alcohol, other stimulants, cannabis productions, and central nervous system depressants. When these drugs are combined, the potential for serious drug interactions becomes a very real danger. There are numerous references in research literature to fatalities associated with mephedrone use or overdose.

There are numerous animal studies that indicate that animals self-administer synthetic cathinones like mephedrone similar to the manner in which they administer highly addictive drug like heroin and cocaine. This indicates that animals most likely develop significant cravings for these drugs once they have been using them. Observational research also indicates that the use of mephedrone is associated with the development of cravings in individuals who take the drug.

Cravings are an important aspect of the development of abuse and substance use disorders. They are associated with anxiety, negative feelings, and satisfaction when an individual gives into them. Cravings help to develop the occasional use of the drug into a formal substance use disorder as a result of both positive and negative reinforcement. Positive reinforcement occurs when repeating a behavior produces desirable effects (e.g., euphoria, feelings of sociability, etc.); negative reinforcement occurs when repeating a behavior alleviates undesirable affects (e.g., stress reduction, anxiety reduction, discomfort, etc.). When a specific drug can activate both of these mechanisms, it can become a significant drug of abuse.

Case study research has indicated that individuals likely develop physical dependence on mephedrone, although there is likely to be quite a bit of individual variability in the withdrawal syndrome associated with the drug. According to the available research, individuals do develop tolerance to the drug. Withdrawal symptoms typically include:

Because successful recovery from a substance use disorder is associated with the length of treatment, individuals would be expected to maintain involvement in some form of treatment-related activity for many months and even years following discontinuation of mephedrone. Often, this involves continued participation in social support groups and periodic checkups with substance use disorder therapists to keep one focused on recovery. Simply discontinuing the drug of choice and completing medical detox is not sufficient to ensure successful recovery.