How to Know if You Have Formed an Addiction to Hydrocodone 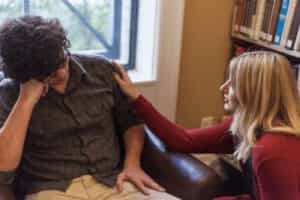 The New York Times is but one of the major media outlets to broadcast a current reality: The US is mired in a prescription opioid epidemic.

Hydrocodone is one of many prescription narcotics that are actively drugs of abuse in America. The drug is classified as an opioid, which means that it is chemically similar to the structure of opiates – drugs that derive from the poppy plant (e.g., morphine and heroin). Hydrocodone is a generic drug, and it is the active ingredient in the brand drug Vicodin.

Hydrocodone is indicated for the treatment of moderate to severe pain. When this drug is taken under the care of a doctor, there is thought to be little risk of abuse. However, individuals who take too much of this drug head down a slippery slope that can land them in the territory of an addiction. It is important to note that a person doesn’t need to have the intention to abuse hydrocodone to become addicted to it. A person may, for instance, incorrectly believe that taking a higher than recommended dose of hydrocodone will increase pain relief (and unfortunately, some people are in a great deal of pain, such as after surgery).

As the National Institute on Drug Abuse (NIDA) explains, taking too much hydrocodone has different effects, including upping the levels of dopamine in the brain’s reward system. The person will experience a deep relaxation and a high. In this way, a person started out with one intention (to reduce pain) and ended up getting high. If this high is enjoyed, the person may now be motivated to abuse hydrocodone.

In turn, as NIDA discusses, the more hydrocodone the person takes over time, the more the brain becomes habituated to the abuse, and tolerance sets in. Due to tolerance, a natural response to ongoing drug abuse, the person will now need to take an ever increasing dose of hydrocodone to get the desired high.

The foregoing discussion applies equally to a person who starts taking hydrocodone with an abuse intention. Such a person is particularly at risk of developing an addiction.

Symptoms and Signs of a Hydrocodone Addiction 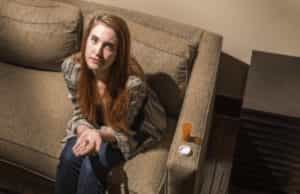 One would think that the day-to-day reality of abusing hydrocodone would alert a person to the problem. However, denial of hydrocodone abuse is itself a symptom and sign of abuse, and it also protects the person from accurately perceiving this truth.

The clinician’s main handbook, the Diagnostic and Statistical Manuel of Mental Disorders, 5th Edition (DSM-5) can be exceptionally helpful to the public. Published in May 2013, the DSM-5 (a publication of the American Psychiatric Association) dispensed with use of the term addiction and opted for substance use disorder (considered more clinically accurate and better reflective of the brain disease model of addiction).

Per the DSM-5, when a doctor, addiction specialist, or mental health professional is doing a patient assessment, there are 11 criteria that can be referred to in order to diagnosis the presence of a substance use disorder. The DSM-5 requires that a person have at least two symptoms, in the same 12-month period, in order to be diagnosed with a substance use disorder. From there, the disorder can be clinically graded as mild, moderate, or severe. The levels are tied to the number of symptoms present; the more symptoms, the more severe the grading. The DSM-5 specifically recognizes opioid use disorder, under which hydrocodone abuse falls.

The 11 diagnostic criteria associated with an opioid use disorder can be used as a checklist against which a person can recognize whether or not hydrocodone abuse is occurring. This may be a helpful approach for a person who is just awakening to this possibility, but ultimately, the best practice is to seek help from a qualified doctor, addiction specialist, or mental health professional. For purposes of self-education, the following is a list of the 11 criteria (paraphrased from the DSM-5):

Hydrocodone abuse is responsive to addiction treatment. A person who seeks help for hydrocodone abuse from a rehab center will find that treatment generally includes medications as well as therapy.

Since hydrocodone is an opioid, it may be treated with FDA-approved opioid addiction medications.

When a person receives a consultation from a rehab center, or enters one for treatment, the attending doctor will explain the benefits of using an addiction medication, which can be introduced before, during, or after withdrawal (depending on the drug). Although there is a general consensus that addiction medications are effective, the rehab center ultimately decides whether to offer this treatment to clients. All rehab centers, however, provide therapy and a host of supportive services to clients.