What Are the Symptoms of Opioid Withdrawal?

Opioid drugs are either processed from opium (the Asian poppy plant) or synthetic drugs that are designed to mimic chemical substances that are processed from opium. Every drug in this particular classification is readily assimilated in the human body because we have neuroreceptors in the brain, spinal cord, and other areas of the body that are made for chemically similar endogenous neurotransmitters.

In the central nervous system, these receptors are activated when a person is suffering from pain or significant physical and emotional distress. Natural or endogenous opioid neurotransmitters, such as endorphins or enkephalins, are designed to modulate the level of distress or pain they are experiencing and tolerate low to moderate amounts of physical pain, emotional distress, or fatigue.

Opioid drugs were originally used medicinally to help individuals deal with moderate to severe pain. These drugs are also used to treat coughs, diarrhea, and as sedatives.; however, their primary use is in the treatment of chronic and acute pain.

All of the available opioid drugs must be accompanied by a prescription from a physician in order for any individual to obtain them. Some of the more well-known drugs in this class include:

Tolerance is a relatively common occurrence as a result of regular use of a drug. As the individual continues to take the drug on a regular basis, their system makes adjustments in its release of neurotransmitters, hormones, and other chemicals to compensate for the presence of the drug. Most often, these adjustments are associated with the opposite effects the drug produces. This means that over time, most individuals will find that they need a higher dose of a drug or medication to get the same effects that they once experienced when they started taking the drug.

The level of tolerance that occurs in any individual will be dependent on numerous factors, including their genetic makeup, individual metabolism, weight, and how much of the particular substance they use. Tolerance is often an expected complication of long-term use of opioids, and physicians will account for this. Abusers of opioid drugs will develop tolerance very quickly and find that they need extremely high amounts of the drug to achieve the type of effects they want.
Following the development of some level of tolerance, the system will have adjusted to the point where it becomes imbalanced when levels of the drug are reduced due to normal metabolic processes (detoxification). Neurotransmitters and hormones that produce effects that are in opposition to the effects of the drug predominate, and the person will experience negative symptoms, such as flulike symptoms, anxiety, and insomnia. This is a sign that the person has developed a withdrawal syndrome and, thus, has developed some level of physical dependence on the drug.

When physical dependence occurs as a result of long-term medical use of drugs for chronic pain or other conditions, it is not normally considered a problem because physicians can compensate by slightly altering the dosage. Abusers of drugs who develop physical dependence on them will often attempt to obtain more of the drug to combat the onset of withdrawal. This attempt to get more of the drug exacerbates their addictive behavior.

As mentioned above, the signs of withdrawal from an opioid drug are often opposite from the effects the drug produces. The American Psychiatric Association (APA) has developed formal diagnostic criteria for identifying the withdrawal syndrome that occurs with opioid drugs. Symptoms include:

The person needs to experience these symptoms after stopping prolonged use of an opioid drug, and the symptoms cannot be better explained by some other condition, such as a medical condition or psychological disorder. The person must also display three or more of the above categories of symptoms in order to receive a formal diagnosis of opioid withdrawal.

The timeline associated with withdrawal from opioid drugs can be quite variable. Again, it is dependent on numerous risk factors, including the ones mentioned above. Other contributing factors to the severity and length of the withdrawal syndrome include how the person stops using the drug (abruptly stopping use versus tapering off the drug), the method by which the person typically administered the drug (smoking, injecting, or snorting the drug), and whether or not the individual typically used the opioid drug in conjunction with other classes of drugs, such as alcohol, benzodiazepines, or cocaine. Polysubstance abusers will often experience a far more rapid onset of withdrawal symptoms and far more complicated symptoms than individuals who only regularly abuse one specific drug.

Even though the timeline for withdrawal can be quite variable, research indicates that the timeline follows a specific pattern. The pattern typically includes:

The onset of withdrawal symptoms can begin to appear very rapidly in individuals who have developed significant tolerance to their opioid drug of choice. Often, they begin to appear within 12–24 hours of stopping the drug, but they may occur in only a few hours in individuals who have developed extremely high levels of tolerance. The typical early symptoms of withdrawal are flulike symptoms, anxiety, muscle aches, muscle spasms, a runny nose, teary eyes, anxiety, depression, and insomnia. Some individuals may become very irritable and may even become hostile. Most individuals will experience significant cravings for their opioid drug of choice.

The level of stress that a person experiences may be intolerable for them and their emotional distress may exacerbate their physical symptoms. The withdrawal syndrome from opioids is not normally considered to be potentially physically dangerous, but individuals who are emotionally unstable may be at risk for self-harm. Some individuals may experience extreme panic attacks, significant depression, or suicidality. Other risks include an increased risk for accidents, poor judgment, impulsive behavior, and dehydration.

There should be some expectation that anyone who has recovered from an opioid use disorder will be more vulnerable to relapse, will experience intermittent cravings, and may have significant issues with managing stress, including being at risk for depression, anxiety, and other stress-related conditions for a significant period of time. This is one reason why individuals should remain in a recovery program for many years following their discontinuation of their drug of choice.

While it is certainly possible for an individual to attempt to negotiate the withdrawal process from opioids using a cold-turkey approach, there is no reason for anyone to do this given the advancements in addiction medicine. Medical management of the withdrawal syndrome from opioid drugs is one of the most well-developed, formalized treatment plans in addiction recovery.

There are several medications that can significantly reduce or totally eliminate the withdrawal syndrome in people who are attempting to recover from opioid use disorders, known as opioid replacement medications. 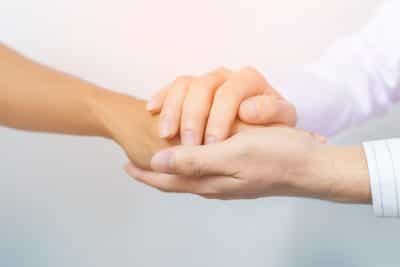 This process can be significantly lengthier than a withdrawal method that uses a cold-turkey approach, but it is certainly safer and much more comfortable. While the individual is in the withdrawal management program, they will receive other forms of substance use disorder treatment, including therapy, to strengthen their resolve to remain free from opioid drugs.

It should be noted that there is no empirical evidence to indicate that the use of natural detox approaches, such as lemon juice, smoothies, or vitamins, exert any significant effect on withdrawal from opioid drugs. Certainly, proper hydration and good nutrition can help an individual to approach the early stages of withdrawal in a more efficient manner, but these approaches do not have empirical evidence to suggest that they can be used instead of opioid replacement medications and other medical therapies that are used in a formal physician-assisted withdrawal management approach.

It cannot be stressed strongly enough that simply getting through the withdrawal process is not a sufficient approach to recovering from any substance use disorder. Making it through the withdrawal period and not attempting to change behavior is simply a ticket to relapse. Individuals who relapse often engage in even more severe substance abuse than they did when they originally had a problem with drugs or alcohol.

It is extremely important that those struggling with opioid abuse get professional help to recover. Substance use disorders are mental health disorders that require formal treatment. They do not just disappear or resolve on their own.

It is never too late to get help for addiction. Call us today at where an admissions navigator will hear your story and help you determine the best treatment for you or your loved one. Desert Hope Treatment Center, American Addiction Centers’ Las Vegas drug detox clinic, offers a comprehensive addiction treatment program. Call us today to find out more.

opiatewithdrawal
Prefer getting help via text?
We're available 24/7 via text message. Signup below for access to our team when its convenient for you!
and many more...
✕
Instantly Check Your Insurance Coverage
Your information is safe & secure
At Desert Hope, we accept most types of private (non-government) insurance and offer a variety of payment options.
You can quickly and privately check your insurance benefits to see if you're covered for addiction treatment services. We’ll be able to tell you if your provider is in network with Desert Hope Treatment Center and all American Addiction Centers locations.
This means your treatment may be FREE1 depending on your policy, copay, and deductible.
Get the Info & Help You NeedWe're open across the US. Learn about your options.