Codeine is a pain reliever and cough suppressant that is prescribed for the treatment of mild to moderate levels of pain. For a long time, codeine was easily obtained in pharmacies and included in the formulas of cough syrups, but an increased awareness of the long-term effects of codeine use and the possibility of the drug being diverted and abused have led to more restrictions regarding its prescription and availability. 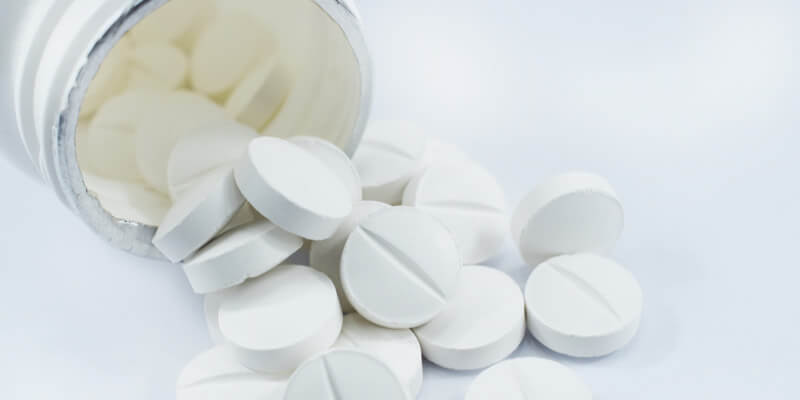 A Background on Codeine

Codeine is a prescription painkiller that is issued in a tablet form. It is the main ingredient in cough suppressants that are strong enough to require a prescription (as opposed to over-the-counter syrups). Its relative mildness compared to stronger opioids has made codeine one of the most widely prescribed painkillers in the country. For a significant period of time, codeine was easily obtainable without a prescription, but fears of abuse, exacerbated by the epidemic of opioid-related overdoses and deaths, have led to a tightening of restrictions about how the drug can be prescribed and sold.

Pure codeine is a Schedule II substance under the Drug Enforcement Administration’s list of controlled substances, meaning that while it does have a legitimate medical use, there is a significant risk of psychological and physical dependence that comes with it. As a Schedule II substance, codeine has the same classifications as other notorious opioids, like oxycodone, hydrocodone, and fentanyl.

Codeine is also found in the Schedule III list, which is for drugs that have a lower potential for abuse than those in Schedules I or II. Abuse of Schedule III drugs may lead to a moderate or even low physical and psychological dependence. Under this criteria, products that contain less than 90 milligrams of codeine per dosage unit are considered Schedule III substances and subject to appropriate regulations regarding prescription and marketing. A drug with more than 90 milligrams of codeine per dosage unit would be listed as a Schedule II drug.

In January 2018, the Food and Drug Administration warned parents against giving their children codeine-based cough syrup, to bring codeine closer in line with the kind of cautions the FDA has issued regarding other opioid-based medications. As an opioid, codeine works when the opioid molecules in the drug bind with opioid receptors located in the brain and central nervous system. These receptors are responsible for the regulation of pain and emotion; when an opioid molecule binds to them, they dull the sensation of pain and give users an emotional boost. For people who are in such intense pain that they need strong medication, the relief from the physical and emotional distress explains much of the popularity of opioids. Oxycodone, a Schedule II drug like codeine, was prescribed 58.8 million times in 2013.

Medications like oxycodone and hydrocodone have become infamous for their roles in widespread opioid abuse, but codeine is not as well known. Its inclusion in a product as ubiquitous as cough syrup can lead many people, especially parents and children, to underestimate its potential for causing physical and psychological dependence.

Opioids are powerful and effective, so there is always the question of using them properly.

As much as there is a risk of a person taking more codeine than necessary because of its painkilling and euphoria-inducing effects, opioids cause a number of changes to the systems of the body and brain that have long-term effects on physical, psychological, and emotional wellbeing. For example, when users experience a burst of emotions, that is the result of opioids forcing the brain to release dopamine, a neurotransmitter that is normally produced as a result of a pleasurable activity; people feel satisfied, rewarded, and they want to seek out the activity to do it again. In the case of codeine consumption, the positive feelings are associated with the codeine because the opioid makes the brain produce more codeine than it normally would. This changes the reward pathways in the brain to the point where normal activities become unsatisfying and uninteresting.

The more codeine is consumed, the more the user becomes tolerant to the drug. This means that the body acclimatizes to codeine to the point where more and more of the drug is needed to produce the desired effects. With each exposure, the pleasure and reward circuitry in the brain are rewritten to want more codeine, so the user never finds the “sweet spot.” Instead, they are always compelled to seek out more codeine, whether this means faking symptoms, stealing someone else’s prescriptions, stealing money to get codeine, or otherwise doing something illegal or uncharacteristic because of how high the tolerance to the drug has become.

Even as the user becomes more tolerant and dependent on codeine, the medication continues to have harmful physical and psychological effects; the more severe the abuse, the longer and more far-reaching the effects. As a narcotic, codeine induces a state of powerful relaxation and calm in users, but this is not a natural state of relaxation. Users often feel constantly drowsy and fatigued even during waking hours. NBC News writes of how “driving while drugged [on opioids] is more common than you think.” In the case of codeine, this is more of a problem than on oxycodone (OxyContin) and hydrocodone (Vicodin) because people still underestimate the strength of codeine even though it is milder by comparison. To this point, the Huffington Post lists codeine as one of the drugs that people should never take while driving, and in the United Kingdom, it is illegal to operate a motor vehicle after consuming codeine even if the consumption was according to a doctor’s prescription.

Taking codeine over a long period of time can depress the respiratory system and lead to a reduced breathing rate. Users might struggle to maintain regular and comfortable breathing patterns, which is usually around 12-20 breaths every minute. This is especially a problem in younger users, which accounts for why the Food and Drug Administration warned parents against giving codeine-based cough syrups to children under the age of 18.

As an opioid, codeine is a central nervous system depressant, and since that system is responsible for controlling both the breathing rate and the heartbeat, the sedative effects of codeine threaten both functions. Long-term use of codeine might result in a person being unable to breathe more than the standard 12 times a minute, leading to a feeling of being constantly short of breath. Some users report feeling extremely anxious and confused at this point, out of the panic that comes from not being able to breathe freely and regularly.

In severe cases of codeine abuse, there is the added danger of respiratory failure, which occurs when the respiratory system is slowed down so much and the central nervous system is sedated to such an extent that insufficient oxygen passes from the lungs into the blood. The heart and brain need oxygenated blood to function properly. If the lungs are so weak that they cannot transfer oxygen into the blood, and they cannot remove waste gases like carbon dioxide from the blood, then the respiratory system shuts down, threatening the vital organs that require oxygenated blood. Respiratory failure is a sign of opioid overdose, and if it not treated, it can result in death.

Since opioids slow the body’s systems, users who have been on codeine for a while tend to experience opioid-induced constipation. The opioid molecules in codeine bind activate receptors in the gastrointestinal tract, literally inhibiting the movement of stools in the intestines, leading users to have difficulty emptying their bowels because their feces becomes hardened. Lack of regular bowel movements can cause anything from stress to skin problems, loss of appetite, and hemorrhoids. For some individuals, constipation has been linked to problems with their digestive and waste systems, affecting the anus, colon, and urinary tract.

A user who is suffering from long-term effects of codeine consumption will have fewer than three bowel movements in a given week.

There is a serious risk of long-term damage to the liver, especially if codeine is taken with acetaminophen as in Tylenol-Codeine, prescribed for mild or moderate amounts of pain. In 2016, the Hepatitis Monthly journal wrote of how opioids interfere with the functions of the liver, “one of the most important organs of the body.” For users who have liver problems or who have lifestyles that put stress on the liver, such as a drinking habit, there is a higher risk of codeine having an adverse impact.

Examples of this include drug-induced hepatitis, where the liver cells are inflamed (similar to viral hepatitis), leading to nausea, fatigue, and a loss of appetite. Codeine can also cause drug-induced cholestasis, which can cause jaundice (turning the skin yellow). People will also feel a general pain in their abdomen if their liver is harmed by codeine consumption. This is usually a sign that the liver is on the verge of failure. At its worst, it can lead to vulnerability to bacterial infections and even mental confusion due to higher levels of ammonia in the blood, ultimately resulting in the person falling into a comatose state.

One of the biggest signs of the long-term use of codeine is that despite all these problems, people are usually unable to stop using the medication. Even with the damage to the lungs and the liver, the painkilling and euphoric effects of the opioid molecules become so unnaturally desirable that users develop a physical and psychological dependence on the drug, often changing their behavior for the worse if it means they don’t have to go without their codeine intake. When the codeine problem is worsening, users become so dependent on the medication that any attempt to stop taking it results in violent and distressing withdrawal symptoms, as the body and brain struggle to cope without the opioid molecules controlling emotions and numbing pain.

Withdrawal effects as part of long-term codeine consumption can include:

These symptoms abate if the person takes more codeine, which deepens the dependence on codeine, making it even more difficult to quit. To this point, users struggling with this level of dependence on codeine will often fake symptoms, steal other prescriptions, visit multiple doctors, or purchase codeine illegally because they are hooked on the painkilling and euphoric effects and because the withdrawal effects are so undesirable.

However, if the codeine withdrawal is done with medical supervision, overseen by doctors who can administer medications to ease the distress of the symptoms, the person has a much better chance of overcoming the physical temptation to continue using codeine. If medically supervised codeine withdrawal is followed by counseling and long-term peer support, people can learn how to cope with the psychological fallout of the dependence on the medication and rebuild their social and life skills for a happier future.