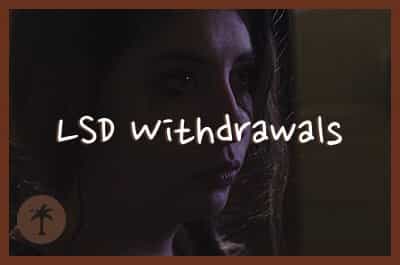 One big obstacle to stopping drug use is the fear of withdrawal symptoms. Those who have been taking LSD on a regular basis might be concerned with what will happen when they stop using the drugs, including potential emotional and physical discomfort.

LSD Behavior in the Body

A study published in Neuropsychopharmacology describes how LSD acts in the body. This drug, known as a serotonergic hallucinogen, interacts with the body’s serotonin, dopamine, and adrenaline systems to result in the following sensations and responses:

LSD’s effects often start 30 to 45 minutes after using the drug, and they may last for four to twelve hours. Sometimes, though, hallucinations may last for 48 hours and psychosis may even last for three to four days. The half-life of LSD in the blood is around 2.5 hours.

Does LSD Cause Physical Dependence 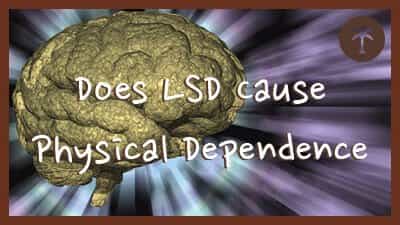 It is generally accepted that LSD does not cause dependence the way many drugs do. That means that the body does not become used to LSD in a way that requires its continued use for the person to function properly and there are not withdrawal symptoms when LSD use is stopped.

However, as reported by the National Institute on Drug Abuse, tolerance to hallucinogens can build up very quickly, causing the person to feel a need to increase dosage at each use to experience the same effects.

After using LSD, a person may experience symptoms while “coming down” from the drug, but this is different from withdrawal. Coming down may last for a few days after using LSD.

It is possible for a person to have long-term effects even after stopping LSD use. This, too, is different from withdrawal. With frequent use, LSD may result in the person having flashbacks to LSD trip experiences when not using the drug. Flashbacks can be distressing and may occur even years after LSD was last used.

Do I Need Treatment?

If you are having trouble stopping using LSD on your own, it may be helpful to have support from a healthcare professional. They may be able to provide beneficial tools and information.

If you are dependent on other substances, medical detox may be needed.

If you or someone you love is struggling with addiction and are ready to take the first steps towards recovery, call us today at . Desert Hope, American Addiction Centers’ Las Vegas drug detox center, is ready to help you get the treatment you need today.

club drugslsdwithdrawal
Prefer getting help via text?
We're available 24/7 via text message. Signup below for access to our team when its convenient for you!
and many more...
✕
Instantly Check Your Insurance Coverage
Your information is safe & secure
At Desert Hope, we accept most types of private (non-government) insurance and offer a variety of payment options.
You can quickly and privately check your insurance benefits to see if you're covered for addiction treatment services. We’ll be able to tell you if your provider is in network with Desert Hope Treatment Center and all American Addiction Centers locations.
This means your treatment may be FREE1 depending on your policy, copay, and deductible.
Get the Info & Help You NeedWe're open across the US. Learn about your options.