LSD is the shortened name for the molecule D-lysergic acid diethylamde, a synthetic hallucinogen associated with counterculture movements in the 1960s. The substance was first synthesized from ergot, a fungus that grows on grains like rye, in 1938.

Originally, Swiss chemist Albert Hofmann thought it was useless since he was searching for a respiratory and circulatory system stimulant. In 1947, however, he consumed some of the drug and discovered that it could cause long-lasting, intense visual and auditory hallucinations with few initial side effects. While it was used in the 1950s and early 1960s to help psychology students understand the experience of schizophrenia, the drug was diverted so widely that it was considered dangerous by the late 1960s, and it was one of the first drugs placed into Schedule I on the Controlled Substances List.

Physical and Psychological Effects from LSD 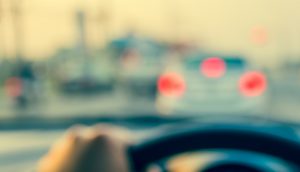 Short-term effects from LSD begin within 30-90 minutes after it is ingested, which is often either in liquid form using a dropper or dried onto a piece of blotter paper and placed on the tongue. Initial effects from the hallucinogen are likely to last for 6-12 hours, depending on the size of the dose. These effects can include:

People who abuse LSD seek specific psychedelic effects, which include visual hallucinations, a heightened sense of taste or smell, changes in the perception of time and space, depersonalization or the feeling that the mind has left the body, synesthesia, or feeling as though one has a religious experience. Bad trips happen frequently, too, and can include symptoms like intense panic or anxiety, paranoia, delusions, rapid mood swings, fear that one is losing their identity or body, aggression, frightening hallucinations, and seizures. Some people may attempt suicide due to the psychedelic effects that occur during a bad trip.

LSD Can Cause Long-Term Damage

Although the effects of LSD are intense and may cause acute problems like accidents or attempted self-harm, the drug is not considered addictive. The DEA states that this is because LSD’s effects last for several hours, up to a day, which prevents compulsive behaviors from developing. Since the effects take hours to leave the body, there is no rapid cycling of a high, sudden crash, and further drug-seeking behavior to achieve the original high.

However, LSD dramatically changes brain chemistry, which can lead to long-term changes. These may clear up, but it can take several years.

If you or someone you love is struggling with the devastating side effects of addiction and are unsure of where to turn, call us today at . Desert Hope, American Addiction Centers’ Las Vegas treatment clinic, is ready to help you get the treatment you need today.

Overdose on LSD Is Possible

Typically, LSD is not considered a drug that causes overdose. There are no recorded instances of a person taking LSD and dying because of physical side effects. However, if one takes a very large dose of this hallucinogen and has a long, paranoid trip, this may lead to a suicide attempt, other kinds of self-harm, aggression toward others, or experiencing an accident because one cannot tell the difference between reality and hallucination.

According to the Substance Abuse and Mental Health Services Administration (SAMHSA), there were 2.5 million emergency department visits due to drug misuse; just over half of these involved intentional abuse of illicit drugs, and many of these involved multiple drugs at the same time. LSD is no longer a widely abused drug, but among the ED visits, 4,819 admissions involved this hallucinogen. This indicates that taking LSD can cause physical and mental side effects that are more intense and potentially harmful than many assume. These effects may also lead to long-term health problems due to underlying heart conditions, stomach or lung problems, or brain damage.

Although LSD may not lead to the same level of compulsive behaviors as much shorter-acting drugs like heroin or cocaine, it is still very dangerous to abuse and can cause long-term harm.

Working with addiction specialists to uncover he reasons that keep you abusing LSD and other substances and address them will help you prevent or alleviate the physical and psychological harm that may result from abusing LSD. At Desert Hope, we offer many evidence-based therapies and groups to help you leave substance abuse behind.

club drugslsdside effects
Prefer getting help via text?
We're available 24/7 via text message. Signup below for access to our team when its convenient for you!
and many more...
Your Next StepsDon't gamble on your addiction.