What Is a Hallucinogen? 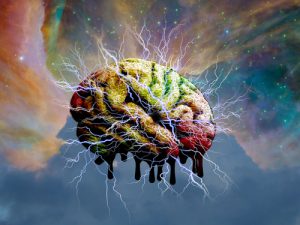 Hallucinogens are a class of drugs that are known to cause hallucinations and alter users’ sense of reality.1,2

This article will focus on classic hallucinogens:1,2

What Are Synthetic Hallucinogens?

Synthetic hallucinogens have emerged on the market in recent years.4 These drugs are man-made in laboratories and contain different ingredients than non-synthetic hallucinogens.4 Synthetic DMT, which is similar to ayahuasca, appears as a white, crystalline powder that can be vaporized or smoked.1

Another synthetic hallucinogen, 251-NBOMe, also sold under the names “smiles” or “n-bombs,” is another synthetic hallucinogen that is increasing in popularity.5 It causes effects similar to LSD and mescaline, but it is more potent.2,5 The most popular form of the drug is sold on small blots of paper that are taken orally, though it also sometimes found in powder or liquid form.5,6

There is also a risk for fatal overdose with this drug.6

When a person takes a hallucinogen, the effects are typically felt within 20 to 90 minutes and can last up to 12 hours depending upon the specific drug.1

The psychoactive effects of hallucinogens include psychological sensory effects such as:1

The term “psychedelic” is often used to collectively describe the above psychological sensory effects, which are often understood by the subject as not based in reality. For these users, hallucinogens are a way for them to transcend the state of being human, potentially allowing for a better understanding of themselves and their relationship with the world and reality.8

The general physical short-term effects of hallucinogens include:1 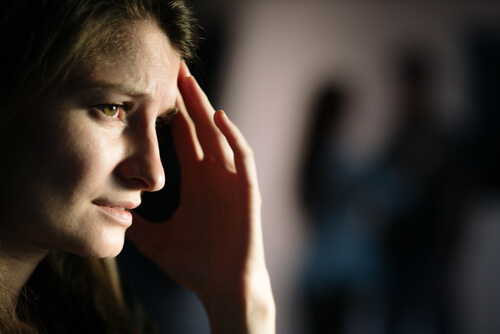 In some cases, hallucinogen users may develop perceptual abnormalities that persist or recur intermittently following a return to normal functioning. These so-called “flashbacks” are defined as hallucinogen persisting perception disorder (HPDD) and can occur spontaneously days or years after taking the drug.1,2 Symptoms of HPDD can include:1,2,7

Users are more likely to develop HPPD if they have a history of mental health issues, but these conditions can potentially arise in anyone even after one use.1,2

What Is a Bad Trip?

People’s experiences using hallucinogens vary widely based on the type of drug, amount used, and the person’s mood,  personality, expectations of the experience, and environment.1 Hallucinogen users use the term “bad trip” to describe a negative and unpleasant experience while under the influence of these drugs.1

Because of the nature of hallucinogens, there is no way to determine whether an experience taking the drug will be positive or negative.

In some cases the high may be pleasurable, while other times it can be distressing and involve significant anxiety and fear.1 Accidents and physical injury might occur as a result of experiencing distorted reality in a state of fear and anxiety. 8 Because of the nature of hallucinogens, there is no way to determine whether an experience taking the drug will be positive or negative.

Can You Get Addicted to LSD or Other Hallucinogens?

Classic hallucinogens do not induce physical dependence or withdrawal symptoms.8 The potential for addiction to hallucinogens has been debated; however, regular use of some hallucinogens, including LSD, psilocybin, and peyote, can cause users to develop tolerance, where they may experience less of an effect from the same dose of the drug over a period of time.1 This can result in taking dangerously large amounts of hallucinogens.

According to the National Institute on Drug Abuse, some hallucinogens are addictive. The hallmark of addiction is an inability to stop using hallucinogens despite the problems that you are experiencing or expect to experience as a result.7

If you are finding yourself unable to stop using hallucinogens and/or other substances, you may need professional help. If you also suffer from mental health issues, it’s important to seek out a program like the one at Desert Hope that addresses co-occurring, or “dual diagnosis,” disorders. These types of programs treat both addiction and mental health disorders at the same time. Dual diagnosis programs can also treat persistent mental health issues that are caused by hallucinogen use, including persistent psychosis and Hallucinogen persisting perception disorder.

Quitting hallucinogens with the help of addiction treatment can help reduce the severity of psychological problems and prevent future problems from developing.

Emily Guarnotta holds a doctorate in clinical psychology and has a special interest in treating and spreading awareness on drug, alcohol, and behavioral addictions. She has clinical experience working with dual diagnosis clients in residential and...Read More

hallucinogens
Prefer getting help via text?
We're available 24/7 via text message. Signup below for access to our team when its convenient for you!
and many more...
✕
Instantly Check Your Insurance Coverage
Your information is safe & secure
At Desert Hope, we accept most types of private (non-government) insurance and offer a variety of payment options.
You can quickly and privately check your insurance benefits to see if you're covered for addiction treatment services. We’ll be able to tell you if your provider is in network with Desert Hope Treatment Center and all American Addiction Centers locations.
This means your treatment may be FREE1 depending on your policy, copay, and deductible.
Your Next StepsDon't gamble on your addiction.