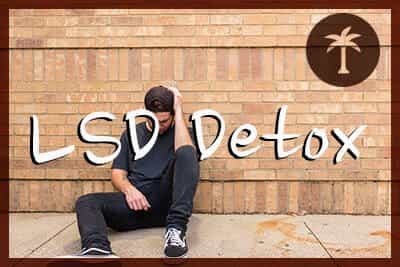 LSD, or d-lysergic acid diethylamide, is a powerful hallucinogenic drug with unpredictable side effects. The Drug Enforcement Administration (DEA) reports that LSD has no medically accepted uses in the United States; thus, it is classified as an illegal drug.

Typically, LSD is ingested orally as a tablet (“microdot”), capsule, in a gelatin square (“window pane”), absorbed onto blotter paper, or occasionally as a liquid. LSD alters a person’s perceptions and moods within an hour after taking it. An LSD “trip” can last 10-12 hours and may not be the same for everyone. LSD distorts the way people view themselves and the world around them, often resulting in mixed up senses, such as “seeing” sounds or “hearing” colors. Sense of time, depth and shape perception, and image of self are distorted. LSD causes vivid visual hallucinations, intensified emotions and mood swings, and may be likened to a “spiritual” experience. Taking LSD can result in a “bad trip” as well, and paranoia, anxiety, confusion, aggression, and hostility may be side effects.

The National Institute on Drug Abuse (NIDA) reports on national surveys that indicate around 10 percent of the population (aged 12 and older) have abused LSD in their lifetime (as of 2016), and the majority of people who use it are between the ages of 18 and 25. Often referred to as a “club” or “party” drug, LSD is most often abused by teenagers and young adults at parties, clubs, and raves.

LSD is not considered an addictive drug as its use does not usually result in compulsive using and drug-seeking behaviors; however, withdrawal can still be uncomfortable. A professional detox program can help to manage potential side effects and keep individuals safe during withdrawal.

When coming down from an LSD trip, individuals may be extremely fatigued, anxious, and depressed for a day or so after ingesting the drug, the DEA warns. LSD withdrawal side effects are not generally physically difficult, as they can be with other drugs; however, the psychological symptoms can be intense.

Medical detox is provided in a specialized facility that is staffed by trained professionals. The calm, quiet, and stable environment can be a safe place for someone to “come down” from an LSD trip with a lowered risk of self-harm or harming others. LSD can raise body temperature and cause irregularities in heart rate and blood pressure as well as result in tremors, dry mouth, nausea, dilated pupils, and a loss of appetite. Medical and mental health professionals are on hand to monitor vital signs and mental health during medical detox. The extreme anxiety and depression that may accompany LSD withdrawal may need to be managed with the help of medications, such as benzodiazepines or antidepressants. Balanced meals provided in detox can aid in restoring proper nutrition that may have been disrupted due to LSD abuse.

In general, a timeline for LSD withdrawal may look something like this:

Unlike with other drugs, LSD withdrawal does not usually include cravings for the drug, and side effects are not generally physically significant. Emotional distress can be difficult, however, so withdrawal is optimally managed through a medical detox program that can provide 24/7 supervision, support, and encouragement during withdrawal.

If you or a loved one are experiencing emotional distress associated with LSD use and are considering treatment, we encourage you to explore the many amenities that an American Addiction Centers facility provides.

The severity of the LSD withdrawal symptoms and the duration of them can be influenced by several contributing factors, such as:

LSD, as a club and party drug, may regularly be taken with other drugs and/or alcohol. This can make the side effects of all substances even more pronounced and unpredictable. The substances may interact in ways that a person was not expecting. LSD may mask the effects of alcohol, for example, causing a person to keep drinking, potentially to toxic levels. During withdrawal, the presence of other mind-altering substances can contribute to increased symptoms that may last longer and be more intense than LSD symptoms would have been on their own.

If a person suffers from mental illness or a medical condition, the severity and duration of LSD withdrawal may also be intensified. For example, if someone battles anxiety or depression already, LSD withdrawal can amplify these mood disorders and increase the possible side effects of both the mental health disorder and the withdrawal symptoms.

How long, how much, and how often a person takes LSD can also impact withdrawal. While a person may not necessarily become dependent on a drug like LSD, tolerance can form, causing a person to take more of it to feel the desired effects. Higher dosage may then cause more intense withdrawal side effects as well.

Everyone’s biological makeup is different, and biological and genetic factors can influence how a person may experience withdrawal. A stressful and chaotic environment can also have a negative impact on how a person handles LSD withdrawal, potentially making it more difficult and prolonged. The structured and stable environmental provided by a medical detox program can ease LSD withdrawal symptoms and potentially help to limit its duration as well. Medical detox typically lasts 3-5 days on average.

LSD abuse can also cause a person to suffer from “flashbacks” months or even years after taking the drug, NIDA warns. A flashback involves re-experiencing some of the symptoms that occurred during the initial trip. The journal Therapeutic Advances in Psychopharmacology reports that somewhere between 5 percent and 50 percent of people who have abused a hallucinogenic drug such as LSD will experience at least one flashback in their lifetime.

Hallucinations and visual disturbances may occur without warning at any time and may even interfere with a person’s ability to function normally in their everyday life. A disorder called hallucinogen persisting perception disorder (HPPD) can cause a person to continue to experience visual disturbances, such as trails of light following objects and other visual hallucinations, spontaneously on a reoccurring basis for years after stopping LSD use. HPPD is often misdiagnosed as a brain tumor, stroke, or other medical disorder.

Another potential long-term side effect of LSD abuse is the development of persistent psychosis that can result in mental issues, including paranoia, mood swings, disorganized thinking, and visual disturbances. Medications and therapeutic techniques may help to manage these difficult and potentially debilitating mental disorders.

Hallucinogenic drugs are unpredictable, and each person will experience them differently. The way these drugs work on the brain is not fully understood either. LSD withdrawal can therefore be complex and may not follow a specific and predictable timeline like other drugs of abuse may. A comprehensive substance abuse treatment program that begins with a medical detox component can offer a person the necessary tools for managing LSD withdrawal and foster ongoing recovery.

If you or someone you love is struggling with addiction and are unsure of where to turn, call us today at . Desert Hope, American Addiction Centers’ Las Vegas detox center, is ready to help you get the treatment you need today.

club drugsdetoxlsdtreatment
Prefer getting help via text?
We're available 24/7 via text message. Signup below for access to our team when its convenient for you!
and many more...
Get the Info & Help You NeedWe're open across the US. Learn about your options.