How Much Ecstasy Would Result in an Overdose?

Drug overdose is a commonly used term associated with serious harm and death, but it’s rather hard to define. 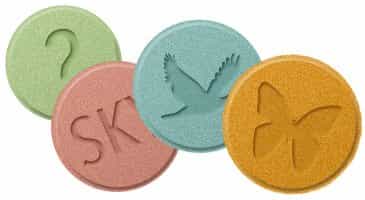 Technically, an overdose is considered to be any dose of a drug that is higher than is considered “appropriate” for therapeutic or recreational use. It doesn’t necessarily mean the individual is at risk for serious health complications or death.

Although it is possible to die of an ecstasy (MDMA) overdose, these events are quite rare. Most overdose deaths result from excessive consumption of opioids like heroin and opioid prescription drugs. Most deaths involving ecstasy also typically involve other intoxicants like alcohol or cocaine. Because it’s an illegal drug, it’s also often combined with other substances before being sold in generic tablet form, and sometimes drugs labeled as ecstasy are actually something different. However, deaths from pure ecstasy overdose have occurred.

What Factors into Overdose Risk?

A typical dose of ecstasy per pill is between 10 and 150 mg. Whether or not a certain amount of ecstasy, or any intoxicant, will result in an overdose depends on a number of different factors. These include:

Tolerance may be one of the biggest factors in whether a person will overdose. Individuals who regularly use a drug will find that their bodies adjust to the substance, requiring a higher dose to get the same effect. Stopping intake of the drug for a significant amount of time causes that tolerance to fall. Many overdose cases actually occur because someone attempted to quit taking a drug and relapsed. Because the person’s tolerance was reduced, going back to the same dose they were taking before the attempted abstinence resulted in an overdose.

Body fat also plays a large role because intoxicants are absorbed by and stored in fat. This makes women and girls more susceptible to overdose as they naturally have more body fat content than men and boys. Age is also a factor as small bodies and developing brains are less able to handle large amounts of intoxicants. There was a case of a 15-year-old girl who died in 2013 after taking 500 mg of ecstasy; however, older and more experienced users may take over 700 mg without significant health risks.

Signs of an Ecstasy Overdose

There were 5,542 emergency room visits related to ecstasy in 2001, though very few of these resulted in death. No matter how much ecstasy one may plan on taking or how low the risk of overdose to this particular drug may be, it’s still important to be familiar with the signs. Ecstasy overdose signs include:

Due to the fact that ecstasy is often mixed with other drugs without the user’s knowledge, overdose signs can be unpredictable.

If you are abusing ecstasy, you may recognize some of the symptoms listed above. If you’re concerned about ecstasy toxicity or overdose, the time to seek treatment is now. At American Addiction Centers we have professionals with many years of expertise in bringing individuals back to a healthier life path.

The most dangerous effects are severe dehydration, especially during dance parties in hot weather, seizures, and hyperthermia, which is an abnormal increase in body temperature.

The most important thing to note is that whenever an overdose is suspected, it should be considered a medical emergency. The victim should be taken to the emergency room as soon as possible for treatment to avoid any risk of serious health complications.

If you or someone you love is struggling with addiction and are unsure of where to turn, call us today at . Desert Hope, American Addiction Centers’ drug rehab center in Las Vegas, NV, is ready to help you get the treatment you need today.

club drugshallucinogensmdmaoverdose
Prefer getting help via text?
We're available 24/7 via text message. Signup below for access to our team when its convenient for you!
and many more...
✕
Instantly Check Your Insurance Coverage
Your information is safe & secure
At Desert Hope, we accept most types of private (non-government) insurance and offer a variety of payment options.
You can quickly and privately check your insurance benefits to see if you're covered for addiction treatment services. We’ll be able to tell you if your provider is in network with Desert Hope Treatment Center and all American Addiction Centers locations.
This means your treatment may be FREE1 depending on your policy, copay, and deductible.
Your Next StepsDon't gamble on your addiction.