Can Ketamine Be Used to Treat Depression?

Within recent years, various organizations and individuals have studied the potential use of ketamine as a drug to treat depression. 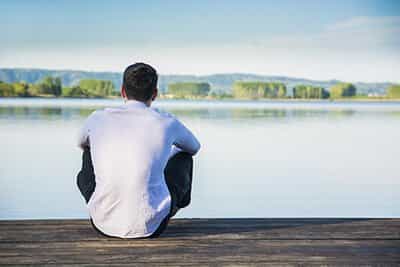 According to an article published in the Pharmaceutical Journal, various clinics have already been treating depression with ketamine and advocating further research into this off-label use of the drug.

There are a number of reasons why this developing trend is a concern. Ketamine is a drug with a high potential for abuse and addiction, with dangerous side effects. Because of these issues and the concerns about off-label use of this drug, many experts feel that ketamine is not a preferred method of treating depression.

According to the website Drugs.com, ketamine is an anesthetic drug used medically to prevent people from feeling pain during short-term surgeries when full anesthesia is not necessary. Ketamine has a dissociative action, meaning that it causes a feeling of separation from self, inhibiting pain and inducing a trance-like or dream-like state. The effects wear off within 30-60 minutes. Ketamine is also used as an animal tranquilizer.

However, ketamine is perhaps better known by the public as an illicit “club” drug, with names such as special K, vitamin K, kit kat, or cat valium. The U.S. Drug Enforcement Administration (DEA) explains that the drug’s dissociative effects make it a potent hallucinogen, popular on the club scene. It also is known to have been used to facilitate sexual assault. The Federal Controlled Substances Act has included ketamine as a Schedule III drug since 1999.

Research on Use of Ketamine to Treat Depression

In recent years, research has been performed to determine ketamine’s effectiveness as a treatment for depression. Its advocates say that, for particularly difficult issues with depression, bipolar disorder, and post-traumatic stress disorder, it may help people who would not otherwise be treatable.

The issue lies in the fact that the long-term effects of ketamine use in this manner are not known. What is known is that ketamine has a high potential for abuse and psychological addiction, and it can also cause severe, long-term health issues, physically and psychologically. While some advocates dispute that this would be an issue for people treated for depression with the drug, some reports seem to demonstrate otherwise.

One example is from a recent case study published in the Journal of Psychoactive Drugs. An anesthetic nurse treated for depression with self-injected 0.5 grams of ketamine once weekly developed tolerance, became addicted, and increased her dose to 2 grams per day over the course of only six months.

Another recent research article from Substance Abuse and Rehabilitation explores abuse of ketamine and the resulting physical and psychological effects it has had, stating that the addictive potential of ketamine has been underestimated. This research urges caution in the trend toward using ketamine to treat depression.

Potential for Abuse and Addiction

According to an article in the Journal of Psychoactive Drugs, ketamine dependence resembles that of cocaine, amphetamine, and other stimulants, but it also has similarities to dependence on opiates, alcohol, and marijuana. People who use ketamine illicitly tend to have bingeing episodes similar to those of people using cocaine.

Ketamine use has also been shown to result in tolerance, meaning that increasing doses are required to get the same effect. People who use ketamine have also been shown to exhibit cravings for the drug. These are both signs of drug abuse and addiction, and they demonstrate a high psychological addiction potential. The DEA also states that there is a low to moderate physical addiction potential for the drug.

Ketamine is listed by the National Institute on Drug Abuse as a commonly abused drug. Short-term ketamine abuse can cause:

Over the long-term, according to a recent study from Scientific Reports, ketamine use can also cause liver, kidney, heart, and other organ toxicity, including increased organ weight. The report indicates that this toxicity and its resulting health effects may not be fully reversible, even after stopping use of the drug.

Another study from Toxicology Letters shows that ketamine addiction can cause loss of nerve fibers in the bladder and urinary tract, and it can lead to bladder infection and urinary tract dysfunction.

In combination with physical organ damage, tolerance, and addictive potential of the drug, these potential issues seem to make it a poor choice for treating a condition like depression.

Other Treatments for Depression

There are treatments for depression that are safer and less likely to lead to substance abuse and addiction problems. Certain medicines have been used with a great deal of success in helping to ease the symptoms of depression. According to Healthline, these include various classes of drugs that act on certain areas of the brain’s hormone systems, such as:

These are just some examples of the medicines available. Other types of medicines work on other areas of the brain and body to prevent or minimize depression based on the person’s individual symptoms and needs.

According to an article from the National Institute of Mental Health, recent studies have been performed on a medicine with a makeup that is similar to ketamine. This medicine, called GLYX-13, has shown promise in having a similar action as ketamine without the side effects and addictive potential. More research is being performed.

Non-medicine treatments for depression are also available and can provide long-term benefits. Various types of therapy from an experienced professional can provide positive outcomes. A recent study in the Journal of Affective Disorders demonstrates that Cognitive Behavioral Therapy has shown positive outcomes in treating depression. In fact, the study shows that outcomes from actual clinical treatment are even more positive than clinical trial studies showed them to be, with significantly longer-lasting results.

Therapy, in combination with some medications if needed, is considered to be the first line of depression treatment.