Does Having a Drug Recovery Aftercare Plan Improve Outcomes?

Individuals who complete the very early stages of a treatment program for a substance use disorder are often very tempted to make the determination that their struggle is over.

This is particularly true of individuals who complete a detox program. Detox simply assists a person in negotiating the withdrawal process and avoiding relapse during this very acute recovery stage. Detox must be followed by more intensive therapy, but even this is not enough. The majority of professional sources indicate that some type of aftercare is necessary following the acute stage of recovery in order for an individual to be successful on a long-term basis.

The term aftercare in the context of substance use disorder treatment refers to additional treatment that an individual participates in once they complete a formal program. Aftercare is needed for those who participate in either inpatient or outpatient treatment programs.

The basic elements of an aftercare program include the following:

The vast majority of sources, both older and more recent, such as information provided by the Substance Abuse and Mental Health Services Administration (SAMHSA), indicate that overall relapse within the first year to two years following initial recovery occurs in nearly 50 percent of all individuals trying to recover from substance use disorders.

The National Institute on Drug Abuse (NIDA) reports that relapse rates for substance use disorders are similar to the relapse rates observed for other medical conditions that have a significant behavioral component to them (e.g., hypertension or diabetes). Again, these relapse rates are generally around 40-50 percent. Thus, many sources suggest that relapse is often part of the process of getting better, and individuals learn from relapses and move on to become stronger in their recovery. However, the goal of substance use disorder aftercare treatment is to avoid relapse.

The American Society of Addiction Medicine reports that individuals who complete withdrawal management programs but do not engage in additional treatment or aftercare programs following their completion display overall relapse rates that approach 100 percent. Individuals who engage in aftercare programs relapse at rates that are far lower. Depending on the particular drug the individual was abusing, these rates are typically at or well below the 50 percent figure stated by most sources. 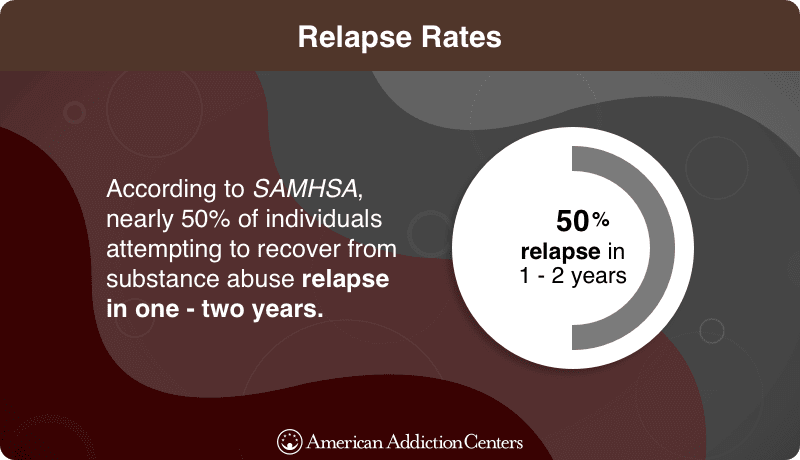 Get Help for Addiction
At Desert Hope, we offer a continuum of care that spans from inpatient medical detox and rehab to outpatient services and sober living. You or your loved one may transition to a lower or higher level of care when appropriate. We take every precaution to ensure patient and staff safety. We offer testing for anyone at our facilities so you can worry less about Covid and focus on getting the care you need.
About The Contributor

aftercarestatisticstreatment
Help is a Phone Call Away
Please don't suffer with substance abuse thinking no one cares. We care and want to help you get back to the life you deserve.
Are you covered for addiction treatment? Find your insurance.
and many more...
✕
Instantly Check Your Insurance Coverage
Your information is safe & secure
At Desert Hope, we accept most types of private (non-government) insurance and offer a variety of payment options.
You can quickly and privately check your insurance benefits to see if you're covered for addiction treatment services. We’ll be able to tell you if your provider is in network with Desert Hope Treatment Center and all American Addiction Centers locations.
This means your treatment may be FREE1 depending on your policy, copay, and deductible.
Get the Info & Help You NeedWe're open across the US. Learn about your options.