How Long Does Marijuana Stay in Your System? (Urine, Saliva, Hair)

The amount of time marijuana remains in your system depends on many factors, such as how much THC is in the marijuana, how often you use, how much you use, and your metabolism. If you’re a daily user, the drug can remain in your system for up to a month or longer.

Detox kits are not scientifically proven to speed up the detox process and may contain unknown chemicals that could be unsafe.

How Long Do the Effects of Weed Last?

The National Institute on Drug Abuse reports that the effects of marijuana include:1

Not all users of marijuana enjoy the experience. In fact, many people who use marijuana report unpleasant side effects, such as hallucinations, anxiety, and paranoia.1

The effects of marijuana can develop within minutes if the drug is smoked. If eaten, users may not feel any effects for a few hours. The effects normally last 3-4 hours but can last longer if the drug is eaten.4

Marijuana does not easily leave the body. Most cannabinoids, including THC, are stored in fat cells. This means that the effects of marijuana or hashish can reoccur for 12-24 hours after use because the chemicals are slowly released from fatty tissue.4

Many Internet sites claim to be able to eliminate marijuana from the body fast enough to pass a drug test. These allegedly rapid detox suggestions include drinking lots of water, green tea, cranberry juice, and even alcohol. Dietary supplements or over-the-counter medications, like vitamin B3, cayenne, milk thistle, or exclusive herbal remedies, are also marketed to help the body process marijuana faster.

However, none of these methods are scientifically proven to speed up the marijuana detox process, and some kits or drugs specifically marketed for this purpose may be dangerous and contain unknown ingredients. There is no proven method for accelerating this process.

How long does THC stay in your system?

The length of time that marijuana will show up on a drug test varies greatly from person to person.

Variables that can affect how long marijuana will show up on a drug test include:5

How Long Does Marijuana Show Up In Urine?

How Long Does Synthetic Marijuana Stay in Your System?

Other Types of Drug Screens:

THC can be detected in saliva within minutes and up to 2 days.7 Hair testing can typically detect drugs such as marijuana for months after use (up to 90 days).8

For blood tests, marijuana can show up on a test for 4-8 hours for people who use several times a week or more, and for 3-4 hours for casual or infrequent users. 9

Can You Fail a Drug Test From Secondhand Smoke?

You are at risk of failing a drug test if you inhale secondhand marijuana smoke. But the odds are small.

Studies show that very little THC goes into the air when a person exhales marijuana smoke. Research suggests that unless you are in an enclosed space and you inhale lots of smoke for hours at close range, you probably won’t fail a drug test.1

How is Marijuana Used?

Marijuana refers to the dried leaves, flowers, stems, and seeds of the cannabis sativa or cannabis indica plant. These plants contain THC and other similar compounds, which are responsible for the mind-altering effects of the drug.1 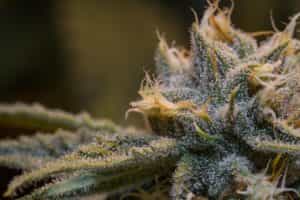 The most common way to use marijuana is to smoke it through a joint, blunt, bowl, or bong. Some people also use vaporizers to avoid inhaling the smoke.1

People also mix marijuana in food (edibles), such as brownies, cookies, or candy, or brew it as a tea. Edible forms of marijuana are growing in popularity. In California alone, edible sales reached $180 million in 2016, and sales in the U.S. and Canada could top $4.1 billion by 2022.1,2,3

A newer method is to smoke or eat different forms of THC-rich resins.1

If you or someone you love is struggling with addiction and are ready to take the first steps towards recovery, call us today at . Desert Hope, American Addiction Centers’ Las Vegas drug rehab facility, is ready to help you get the treatment you need today.

herbalmarijuana
Prefer getting help via text?
We're available 24/7 via text message. Signup below for access to our team when its convenient for you!
and many more...
Your Next StepsDon't gamble on your addiction.