In television programming, there is no greater award than an Emmy. It goes to those the television industry deems to have achieved excellence in that medium. And whether winners receive it on a national or regional level, one principle applies. An Emmy is an Emmy.

Are you wondering what a reference to the Emmy is doing in this space? The answer relates to a piece of recent local news from Reno’s Gazette Journal. It all has to do with a documentary made by a graduate of Reno’s Fenley High School. Those responsible for it entered it into the competition for a regional Emmy. And it won the nomination. The title is a window to the content – “Prescription for Hope: Overcoming Nevada’s Opioid Epidemic.”

This 29-minute video is hard-hitting and true to form. It chronicles the lives of several Nevadans. They all have something in common. They have been affected by opioids, either directly or via loved ones. The theme is the battle to overcome opioid addiction. Along with loss, another sentiment stands out. Hope.

Al (Alphonse) Polito received his diploma from Fenley in 2001; from there, he went on to study theater and journalism at the University of Nevada. Although his goal was to be an actor, he moved into the behind-the-camera end of the business. And he formed Three Sticks Productions in 2017.

Credits for the documentary go to that firm and Polito as director and producer. He told the Gazette Journal: “It was an honor to help tell these powerful stories of Nevadans by shedding light on the opioid crisis that is sadly affecting many Nevadans.” He added: “We’re thrilled that ‘Prescription for Hope’ received an Emmy nomination and that it has helped raise awareness about the epidemic.”

How This Opioid Epidemic Documentary Came About 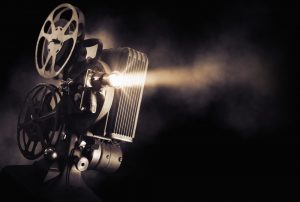 In 2018, Governor Brian Sandoval launched an initiative, designed to reach all residents within the state. The thrust of it was simple and clear – bring attention to opioid addiction. What would help get the message out? A video. The Nevada Broadcaster’s Association agreed to air the piece statewide. Then it set out to find additional talent to bring the project to fruition. And they tapped Polito to help and do so in record time.

Filming started in June 2018. Within the span of two months, the process came to completion. “It’s a wrap,” in industry lingo. Timing was not the only element of urgency with which the crew had to contend. Polito strived to make the video both honest and impactful.

To get things going, Polito first needed to find contacts who would agree to go before the camera. He asked around in Reno, where he hails and lives, as well as Yerington. He also inquired at the governor’s office. His looked for a cross-section of people – different ages, genders and circumstances, yet touched by opioids. Two cast members are in recovery, including one who is on the path to becoming a drug counselor.

The documentary aired throughout Nevada in both English and Spanish in August 2018. It is available for general viewing on YouTube at https://www.youtube.com/watch?v=ZRmM2rLWCjA.

“We’re grateful to Governor Brian Sandoval, the Nevada Department of Health and Human Services, and the Nevada Broadcasters Association for entrusting Three Sticks Productions to create this meaningful documentary,” said Polito. “We have so much respect for the people in the documentary that let us into their lives and bravely shared their stories so that we could help inform others about this issue and create an inspiring message of hope for those in need.”

The vice president of the Nevada Broadcaster’s Association also weighed in for This Is Reno. He explained: “This [Emmy] nomination would mean nothing if the message was not heard loud and clear that the opioid epidemic is real and it’s up to us to stop the stigma and lead towards recovery.”

On that Note about Recovery 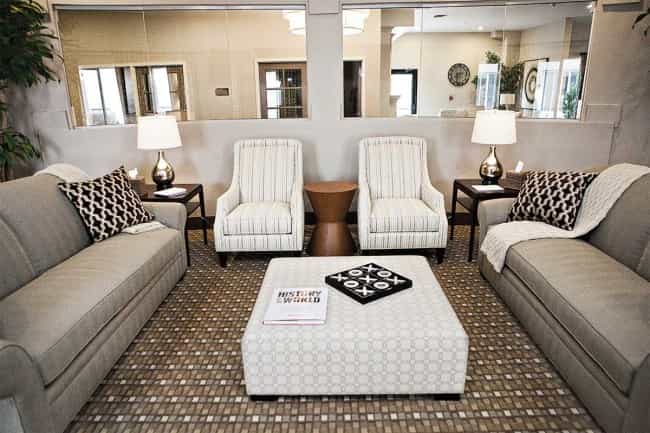 “Your recovery begins here” is the main message on the home page of Desert Hope, a premier drug rehab center in Las Vegas. This true oasis in the desert provides a path to a life free of addiction. Those who enroll in programs here receive individualized attention keyed to their needs. The offerings form a full continuum of services that best suits the profile of participants.

Desert Hope is a proud member of the trusted American Addiction Centers network. And it’s eminently qualified to display the Gold Seal of Approval from The Joint Commission. Accredited by the Commission on the Accreditation of Rehabilitation Facilities (CARF), the rehab is confident of its results; for that reason, it offers a guarantee. Those who successfully complete the 90-day treatment program will stay clean and sober. If not, come back for a complimentary 30-day stay. Visit the admissions page to get started. And to reclaim your life.

Sherry M. Adler covers a wide range of industries and topics as a freelance writer. She has a passion for her craft and the world at large. Dedicated to using the power of words to inform and energize stakeholders, she named her business WriteResultsRead More

Prefer getting help via text?
We're available 24/7 via text message. Signup below for access to our team when its convenient for you!
and many more...
✕
Instantly Check Your Insurance Coverage
Your information is safe & secure
At Desert Hope, we accept most types of private (non-government) insurance and offer a variety of payment options.
You can quickly and privately check your insurance benefits to see if you're covered for addiction treatment services. We’ll be able to tell you if your provider is in network with Desert Hope Treatment Center and all American Addiction Centers locations.
This means your treatment may be FREE1 depending on your policy, copay, and deductible.
Ready for Recovery?See what brings people to Desert Hope for help.