What Are the Effects of Alcohol Abuse?

Alcohol can be an enjoyable part of celebrations and meals when consumed in moderation. However, alcohol, like any intoxicating substance, can be dangerous. Alcohol has a long list of concerning effects, both immediate and long-term.1,2 In this article, we’ll go over some of the short- and long-term effects of alcohol. 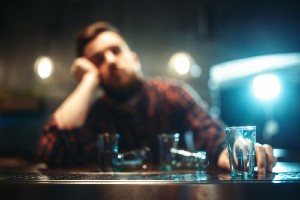 Drinking can cause a bright sensation of well-being and other desirable effects that include a feeling of relaxation and increased talkativeness/sociability.3 However, as the levels of alcohol increase in the bloodstream, negative physiological effects can arise quickly.

Short-term effects of alcohol include:3,4,5

Even when a person stops drinking, the level of alcohol in their blood can continue to rise as alcohol is processed by the stomach and intestines, and they can become increasingly intoxicated and at risk of overdose.4

When a person ingests excessive amounts of alcohol, such as by binge drinking, they may be at risk of overdose. Without medical attention, their basic life-support functions (such as breathing, heart rate, and body temperature) can become impaired and even begin to shut down, which may result in brain damage or even death.4

Signs of an alcohol overdose, often called alcohol poisoning, include:3,4

If you believe that someone you’re with may have overdosed on alcohol, call 911 immediately and stay with the person until emergency medical crews arrive. Try to keep them on the ground in a sitting or partially upright position to prevent them from vomiting and choking.4

Excessive alcohol use over time can cause a range of serious long-term physical, psychological, and behavioral health problems that include, but are not limited to:1,6

Effects of Alcohol on The Heart

A great deal of emphasis has been placed on the so-called cardiovascular benefits of moderate drinking in the media, but there doesn’t seem to be a direct cause-and-effect relationship between moderate alcohol use and heart health. For example, red wine consumed in moderation is often touted as being good for the heart; however, this relationship between alcohol and heart health could be complicated other factors. For example, red wine drinkers may be more likely to have higher incomes and better access to heart-healthy foods.7,8

Because of the laundry list of potential harms associated with alcohol, someone who doesn’t currently drink should not begin doing so in an attempt to reap any kind of cardiovascular benefit that could be achieved by other means such as eating fruits and vegetables and exercising.7

If you have any existing heart problems, such as arrhythmias (irregular heart rhythms), or you’ve suffered from heart failure, your doctor may advise you to avoid any alcohol.7

Any protective benefits of alcohol on the heart are only linked to small amounts of alcohol, as heavy drinking is associated with risks like heart disease and stroke.1,7

Effects of Drinking during Pregnancy 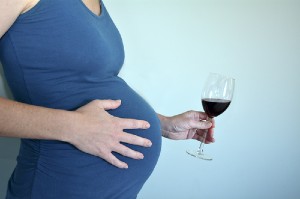 Despite persistent myths that an occasional drink by a pregnant woman is safe, the American College of Obstetricians and Gynecologists has made clear that there is no safe level of alcohol during pregnancy.9 Alcohol use by a pregnant mother can result in serious harm to her baby and increase the risk of stillbirth or sudden infant death syndrome. Prenatal alcohol use can also decrease the likelihood of a pregnancy making it to full term.10

Babies whose mothers drink heavily while pregnant may suffer from fetal alcohol spectrum disorders, which may cause:10

Many women will consume alcohol prior to knowing they’re pregnant. It’s never too late to stop drinking. If you find out you’re expecting, stopping all alcohol use will help to protect your unborn child.9

Chronic alcohol use can result in the development of physiological dependence on the substance. This means the body and brain come to rely on alcohol in order to function as expected. Without the normal amount of alcohol, the drinker may go into withdrawal, and unfortunately alcohol has one of the most serious of all substance withdrawal syndromes. While alcohol withdrawal is not dangerous for everyone, it can be for those who regularly drink to excess. And in rare cases, it can be life-threatening. Symptoms of alcohol withdrawal may include:3,11

Those at risk of severe alcohol withdrawal, such as those who have a long history of heavy drinking or have been through alcohol withdrawal before, may benefit by overcoming their physical dependence on alcohol in a medical detox environment.11

Desert Hope provides this level of care, and we pride ourselves on our commitment to patient safety and comfort. Our detox program includes 24/7 monitoring by nursing staff, medications to increase comfort and prevent severe symptoms, and EarlySense technology that is placed under patient beds to notify us of any complications (such as a significant change in blood pressure) that require immediate care.

Desert Hope also provides a full continuum of care for alcohol use disorders that includes both inpatient and outpatient rehab, so we can help you transition to further treatment after detox without any delay. Call us at to learn more.

Amanda Lautieri is a Senior Web Content Editor at American Addiction Centers and an addiction content expert for Desert Hope Treatment Center. She holds a bachelor's degree and has reviewed thousands of medical articles on substance abuse and...