Why Is It Dangerous to Mix Alcohol with High Levels of Caffeine?

Drinking caffeinated alcoholic beverages can present health risks, bring changes in behavior, and lead to addiction. At present, the impact of CABs on the body is not completely understood. However, according to Dr. Steven Lipshultz of the University of Miami Medical School, drinking alcohol and caffeine together tends to have a greater effect on a person than drinking either substance separately. According to Dr. Lipshultz, the combination can distort a person’s mind and cause them to engage in risky behaviors because they cannot entirely comprehend the nature of their actions. Biologically, consuming a high dose of caffeine (such as found in CABs) is the equivalent of having an adrenaline rush. At the same, alcohol is a depressant. When caffeine and alcohol are consumed together, the high does not cancel out the low. Rather, the caffeine masks the effects of the alcohol. As a result, individuals may not be able to appreciate how intoxicated they truly are, which can cause them to continue drinking or engage in risky behavior.

One of the greatest concerns around the consumption of caffeinated alcoholic beverages is that they can cause a person to drive drunk. Since individuals may feel that they are less drunk than they truly are, they may not question their ability to drive. Risky behavior is not limited to drunk driving. According to the CDC, drivers who consume CABs are two times more likely to report that they have taken sexual advantage of another person, been in a situation where they were sexually abused, or been a passenger in a car with a driver who was drunk.
The CDC has also found a connection between CAB consumption and binge drinking.

Individuals who drink CABs are thought to be three times more likely to also binge drink compared to individuals who only drink alcohol. The earlier point about caffeine masking the effects of alcohol, leading to more alcohol consumption, supports this finding. According to the National Council on Alcoholism and Drug Dependence (NCADD), drinking caffeinated alcoholic beverages can expose people to a heightened risk of addiction. Investigators at the Dartmouth Norris Cotton Cancer Center discovered that young people in the 15-17 age group who drank alcohol and caffeine together were four times more at risk of being diagnosed with an alcohol use disorder compared to teenagers who had never consumed CABs. In the face of this statistic, the public can draw different inferences. For instance, it may be that teenagers who want to drink a beverage with a high alcohol content are already on a slippery slope. It could be that teenagers who, irrespective of their intentions, consume beverages with a high alcoholic content, such as CABs, are accelerating the addiction process at the brain level. Further, teenagers who drink CABs are violating underage drinking laws, which already sets them on a dangerous course.’

Whatever the causes or reasons underlying the greater risk of an alcohol addiction, it is clear that CABs can initiate a teenager into a substance use disorder. 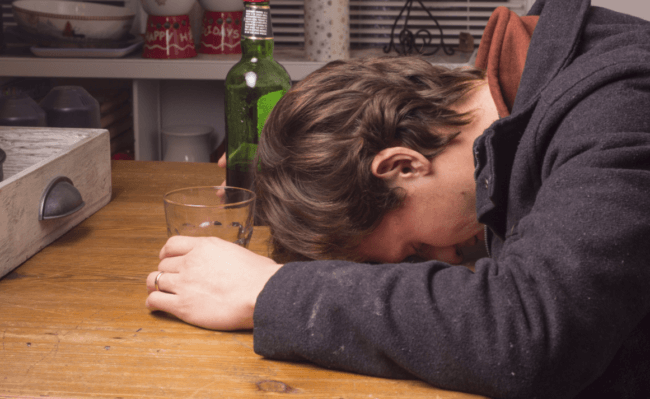 The dangers of drinking caffeinated alcoholic beverages beg the question: Why are these drinks allowed to be sold? The Food and Drug Administration (FDA) has responded to the problem. In 2010, the FDA advised seven CAB makers that they had to change their current formulations if they wanted to sell their beverages on the US market. The FDA reportedly issued a statement in which it made clear that the agency had not found any proof that combining alcohol and caffeine was considered safe. This was key because a beverage must be generally considered to be safe (that’s the FDA’s review standard for beverages) in order to be sold in the US.

As a result of the 2010 FDA warning, the makers of the CAB known as Four Loko changed the formulation of this drink. Four Loko was considered to be so potent that it earned the street nickname “blackout in a can.” The ingredients in the old Four Loko formulation reveal its dangers. Four Loko’s name derives from four ingredients: alcohol (malt liquor), caffeine, guarana (a stimulant), and taurine (a stimulant that derives from animals). Whereas a can of the energy drink Red Bull (8.3 ounces) has 80 mg of caffeine and a can of Coca-Cola has 34 mg of caffeine, an old Four Loko had 260 mg.

It appears that Four Loko is still being sold in the US, but the new formulation removed the stimulants. It is unknown what the current caffeine level is, and this information may or may not be listed on the can. The old formulation of Four Loko, however, appears to be for sale in China.

Reports have surfaced regarding negative effects after drinking Four Loko. For instance, three 20-something females in China reportedly drank six cans of Four Loko between them, went a karaoke bar, passed out, and were robbed. This story, in addition to others, not only underlines the dangers of this drink (and by extension most, if not all, CABs), but it also shows the profit motive underlying the manufacture of CABs. Further, caffeinated alcoholic beverages are shining examples of how beverages for sale in the US and beyond cannot always be assumed to be safe.