There are a number of online sites that promise detox from substances of abuse can be easy and quick.

These sites recommend kits of over-the-counter drugs that can ease and even speed the detox process, making it possible to get through withdrawal without medical intervention. Some of them even suggest that these kits and methods can clear the system of drugs quickly, making it possible to cheat on drug tests and get away with substance abuse without getting caught.

These claims are often exaggerated. Detox is a process that takes time based on the body’s natural ability to break down drugs and clear them out of the bloodstream. While certain chemical compounds can potentially “trick” a drug test, many labs are aware of the process and test for those chemical compounds as well. In addition, kits that attempt to dilute urine with lots of fluids may also dilute the drugs in the urine, but this can be detected as well.

Ultimately, the process of detox takes the time it takes, and nothing can reliably accelerate it. Time is what is required to detox after using drugs or alcohol. 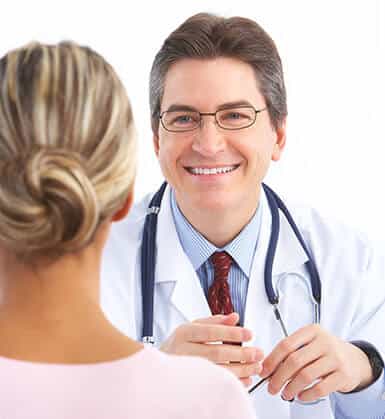 Over-the-counter drug detox kits have become a big business, selling on the premise that people can cheat drug tests or remove toxins from their systems faster than the body’s natural cleansing process allows. There are several types of products that make this claim, including:

Many people fall for the claims of these products, as evidenced by the wide variety of them that exist. However, the claims made by the organizations that distribute these products are dubious, and the use of some of the products can be dangerous. In addition, with some drugs of abuse and with alcohol, at-home detox can be dangerous in and of itself. Medical support is necessary.

As explained in a study from The Primary Care Companion for CNS Disorders, the purpose of these kits, ultimately, is to fool a drug test into reporting that the person has not been recently using drugs, even if they have, by diluting and adding substances to the urine that make it look like there are no drugs involved, or by making the person eliminate the drug faster through increasing excretion.

The contents of a detox kit depend on the specific formulation. One example is provided in a case study included as part of the article from The Primary Care Companion for CNS Disorders; this kit contained ingredients such as:

As can be seen in this list and others, a number of the ingredients in these types of kits are herbs, vitamins, and minerals that are purported to clear toxins from the body. Many people believe that these types of ingredients are safe because they are natural. However, just because an ingredient comes from a plant doesn’t mean it’s safe, and some combinations of herbs, vitamins, and minerals can have toxic results. In fact, the person in the case study who used this particular kit ended up hospitalized for psychosis based on the combinations of substances in the kit.

The ingredients in detox kits are meant to make the urine look more concentrated than it is, so the drug test doesn’t appear to be performed on diluted urine.

The body’s natural detox process is the only way in which drugs and alcohol are metabolized – or broken down – and eliminated from the body. This process involves a number of important body systems, including the liver and kidneys.

As described in an article from the American Journal of Medicine, the liver is the main organ involved in drug metabolism. The liver takes the components of the drug and breaks them down until they can be excreted by the kidneys in urine.

How much time this takes depends on a number of factors, including:

The process of drug metabolism and detox cannot be accelerated through detox kits. All the kits do is make the urine in which the drug is excreted more dilute, which in turn can make it seem that the substance isn’t there. The kits then add other substances to the excreted urine to make it seem to be more concentrated than it is.

However, drug tests are becoming more and more specific, and they can detect many of the substances that are artificially added to urine. For this reason, even those who use detox kits will often come back with a questionable result, invalidating the original test.

With some substances, such as alcohol and benzodiazepines, at-home detox and detox kits can be risky for another reason. When a person has been using these drugs for a long time, withdrawal can result in severe withdrawal symptoms that can result in severe seizures or even death, as described in a study from the journal Addiction. This can even occur if a person has been taking low-dose, long-acting benzos over several weeks or months. For this reason, detox from these substances should never be undertaken without a doctor’s support.

Another risk of attempting to detox using these kits occurs with drugs that are dangerous in overdose, such as heroin, based on the risk of relapse into drug use after the detox process is over. When a person uses heroin for a long time, a tolerance is built up, meaning the person gradually develops a need to take more and more of the drug for it to provide the same level of effect. During detox from these drugs, this tolerance decreases significantly, meaning the person can no longer take those higher amounts without risk.

However, habitual cravings often remain the same, creating an overdose risk if the person takes that larger dose after detox. According to the Centers for Disease Control and Prevention, overdose deaths from heroin alone quadrupled between 2000 and 2013. Some of these deaths were surely the result of lowered tolerance after detox.

This danger is complicated further if there are multiple relapses, as withdrawal symptoms become worse with each successive detox.

When a person tries to detox from drugs without professional support, it is more likely that the person will relapse. A study from Addiction shows that people who get help with detox are more likely to remain abstinent from drug use for longer than those who try to quit themselves.

This is often because the cravings and drug-seeking behaviors that lead to relapse are not diminished by detox alone. On top of that, withdrawal symptoms that are not treated through over-the-counter detox kits can be too much for a person to take, also leading to relapse. Ultimately, the decision to attempt self-detox is a risky one all around.

To avoid these risks, and to help manage the desire to continue using drugs, detox can be provided as part of a comprehensive, research-based rehab program. Through this type of treatment, cravings and substance use can be managed. The need to avoid drug tests can be reduced or eliminated by helping the person achieve recovery from substance use disorders, leading to a satisfying, meaningful life without drugs.

If you or someone you love is struggling with the devastating side effects of addiction and are unsure of where to turn, call us today at . Desert Hope, American Addiction Centers’ rehab facility in Las Vegas, is ready to help you get the treatment you need today.

detoxtreatment
Prefer getting help via text?
We're available 24/7 via text message. Signup below for access to our team when its convenient for you!
and many more...
✕
Instantly Check Your Insurance Coverage
Your information is safe & secure
At Desert Hope, we accept most types of private (non-government) insurance and offer a variety of payment options.
You can quickly and privately check your insurance benefits to see if you're covered for addiction treatment services. We’ll be able to tell you if your provider is in network with Desert Hope Treatment Center and all American Addiction Centers locations.
This means your treatment may be FREE1 depending on your policy, copay, and deductible.
Get the Info & Help You NeedWe're open across the US. Learn about your options.